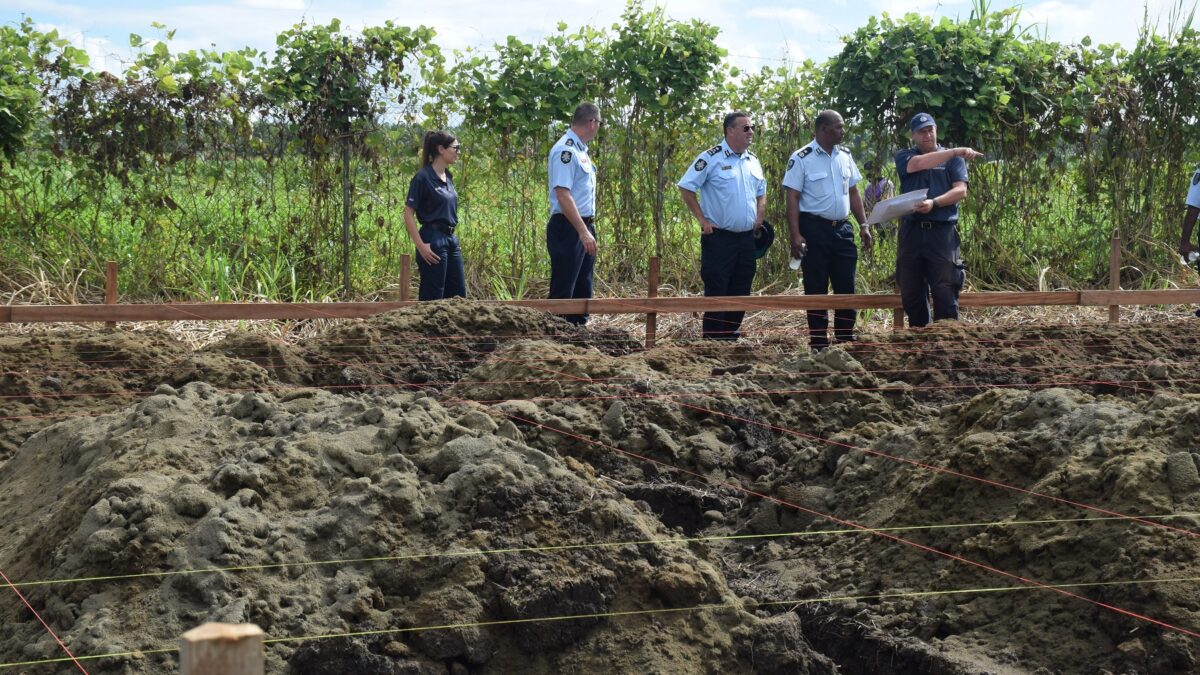 Commissioner Mangau and Commander Osborne at the Tetere site

The Royal Solomon Islands Police Force (RSIPF) has started on the construction of two new police stations at Aola and Avu Avu in Guadalcanal province to allow RSIPF to continue to deliver its services in the province.

The Aola police station located in East Central Guadalcanal will be re-built after it was burnt down in a fire due to an electrical fault in 2020 and the Avu Avu police station in South Guadalcanal has been taken down and a new one built in its place. 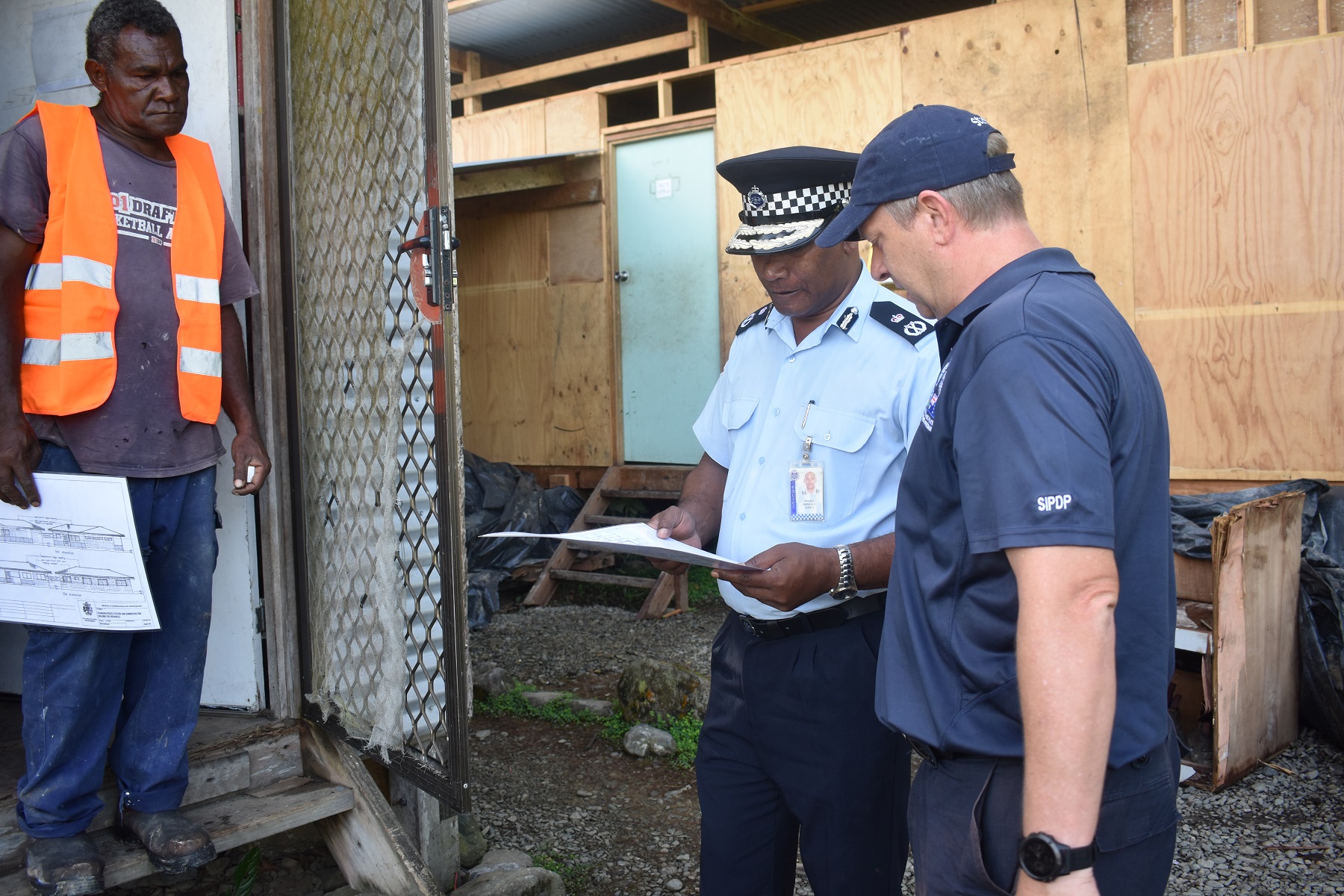 Commissioner of Police and the Commander of the Solomon Islands Police Development Program (SIPDP), Paul Osborne visited the two sites on 14 April 2021.

The work is being undertaken through the partnership between the RSIPF and the Solomon Islands Police Development Program (SIPDP) to support policing in the provinces, says Commissioner Mangau

Commander Solomon Islands Police Development Programs (SIPDP) Paul Osborne says, “The partnership forged between the RSIPF and SIPDP is enduring, and the development of these stations is evidence of our strong relationship. I am pleased to be able to support Commissioner Mangau and the RSIPF with these stations as they provide a critical component for policing within Guadalcanal province.” 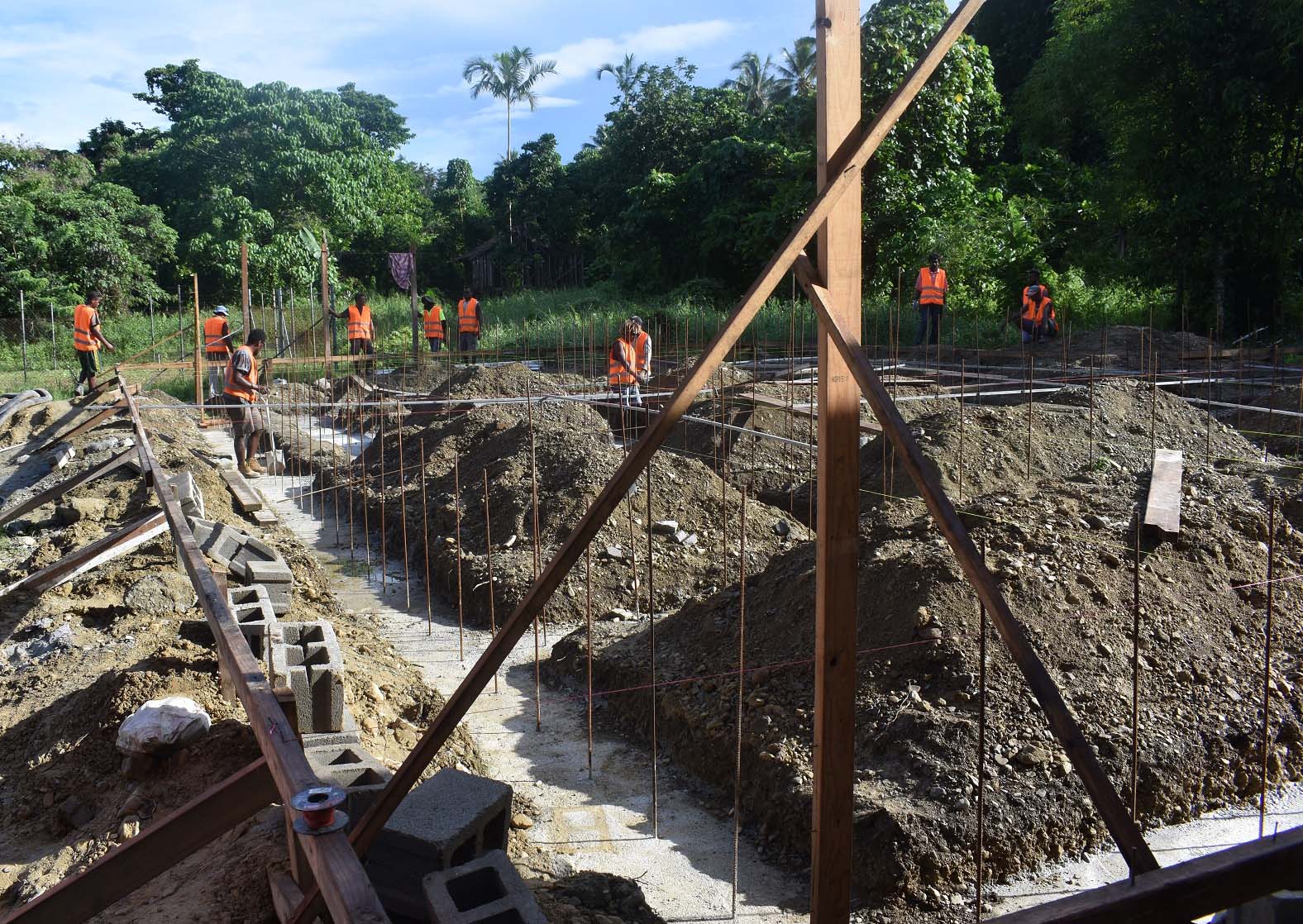 The RSIPF Commissioner and SIPDP Commander thanked the Guadalcanal Provincial Government and the communities of Aola and Avu Avu for their ongoing support and understanding during the period of construction.

Commissioner Mangau says, “I want to thank the SIPDP for your ongoing support and in particular this infrastructure development. I am pleased to witness the commencement of re-building the Aola police station after it was tragically burnt down in 2020 and the replacement of the Avu Avu Police station with a completely new station as well.” 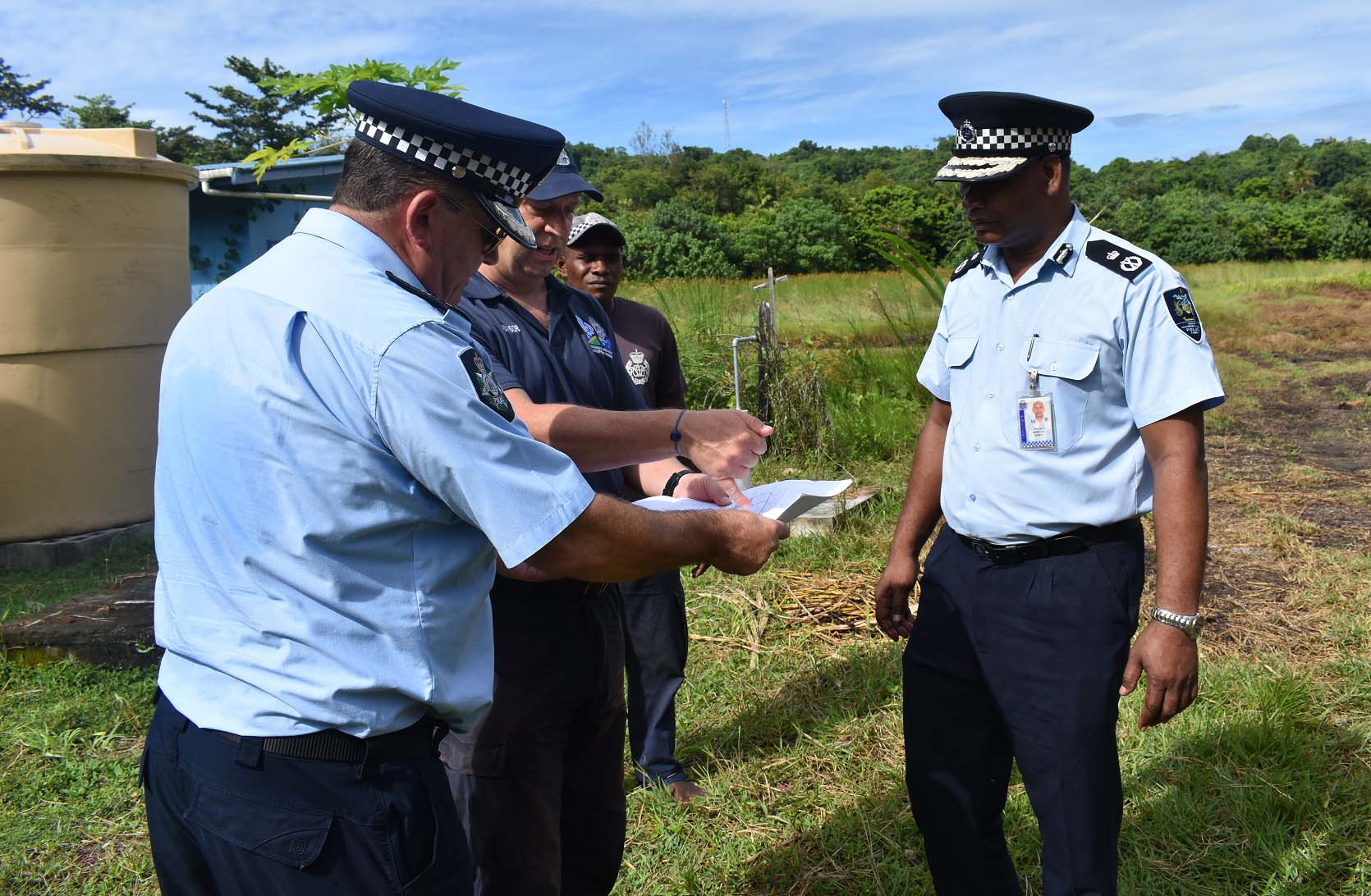 “The building of the two new stations will allow our members to once again operate out of purpose built stations and will allow members of the public to access the RSIPF at the stations. The work on these police stations will be completed in the coming months.”

Commissioner Mangau and SIPDP Commander Osborne also visited the construction of the barracks at Tetere on 15 April 2021.