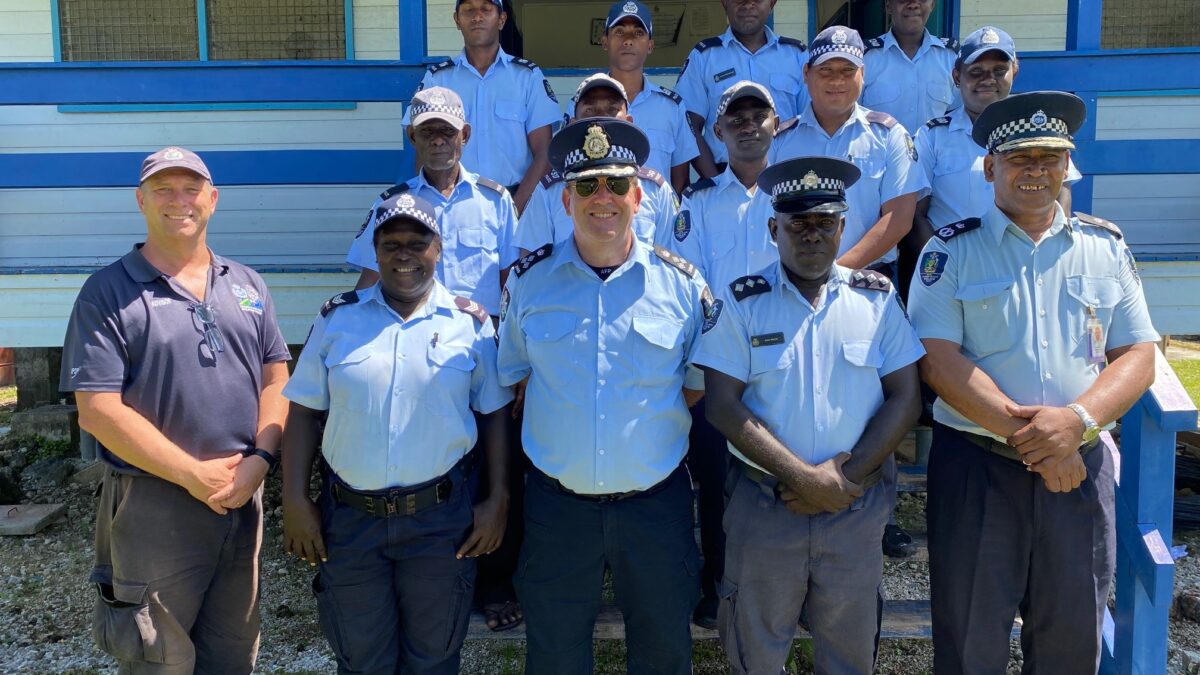 Mr. Mangau says, “During the visit, a muster was conducted with officers in each police station on the importance of future strategic initiatives, operations and discipline within the police force.”

RAPPP Commander Paul Osborne also took an opportunity to explain to officers on how the Australian Federal Police Program will be supporting RSIPF officers in the provinces in the future.

“RSIPF and RAPPP will be conducting more visits to other police stations in the provinces before the end of this year 2021,” says Commissioner Mangau.