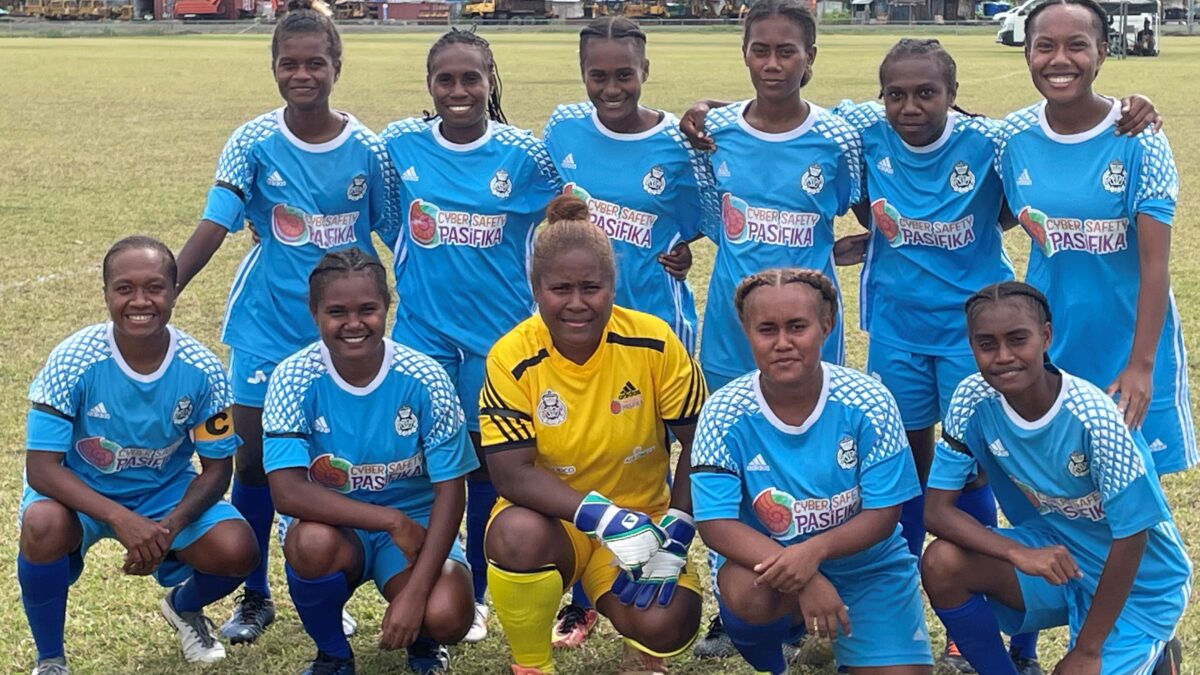 Royals group photo before a match

ROYALS ON QUEST FOR HAT-TRICK IN WOMEN’S PREMIER LEAGUE 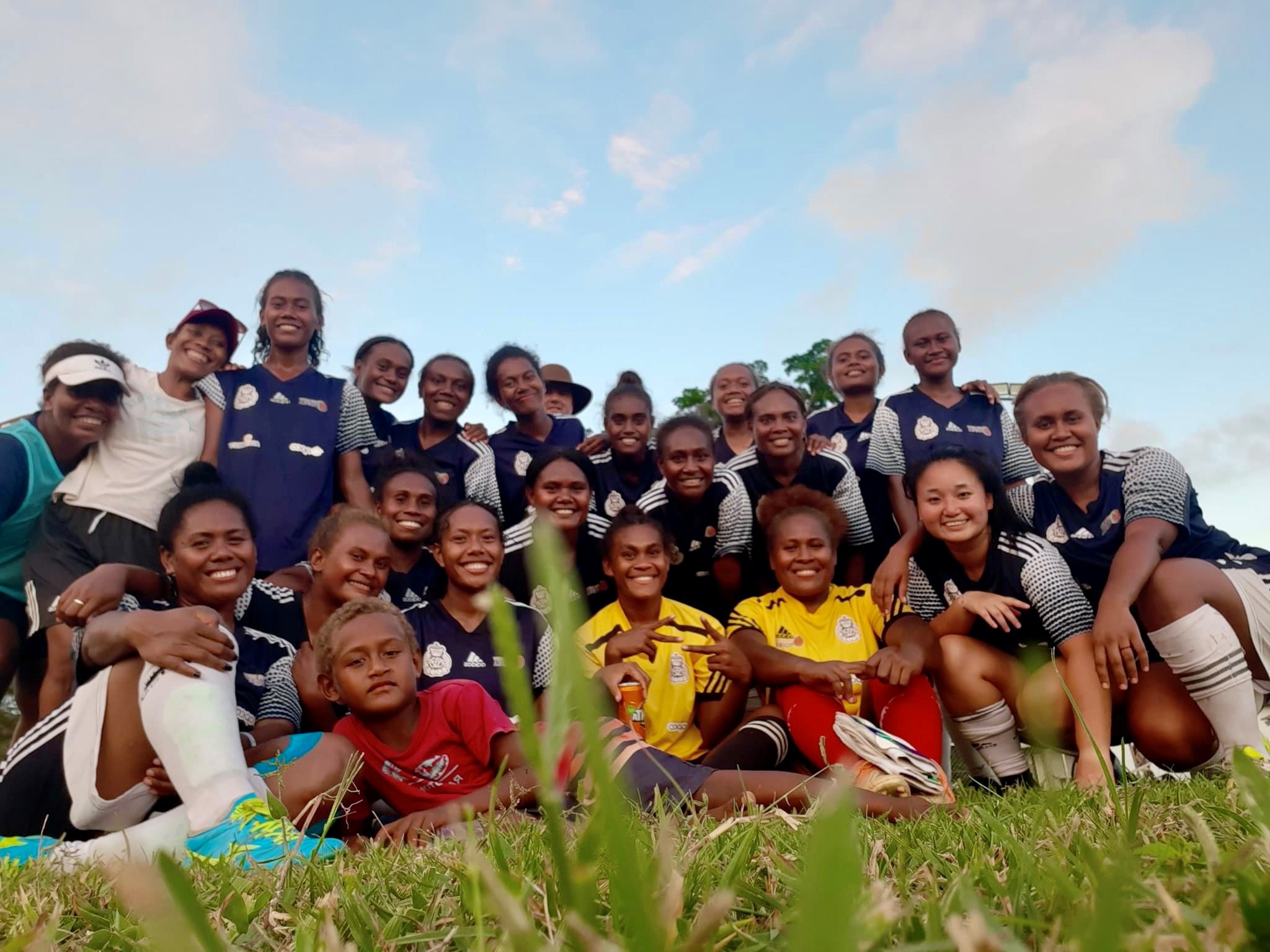 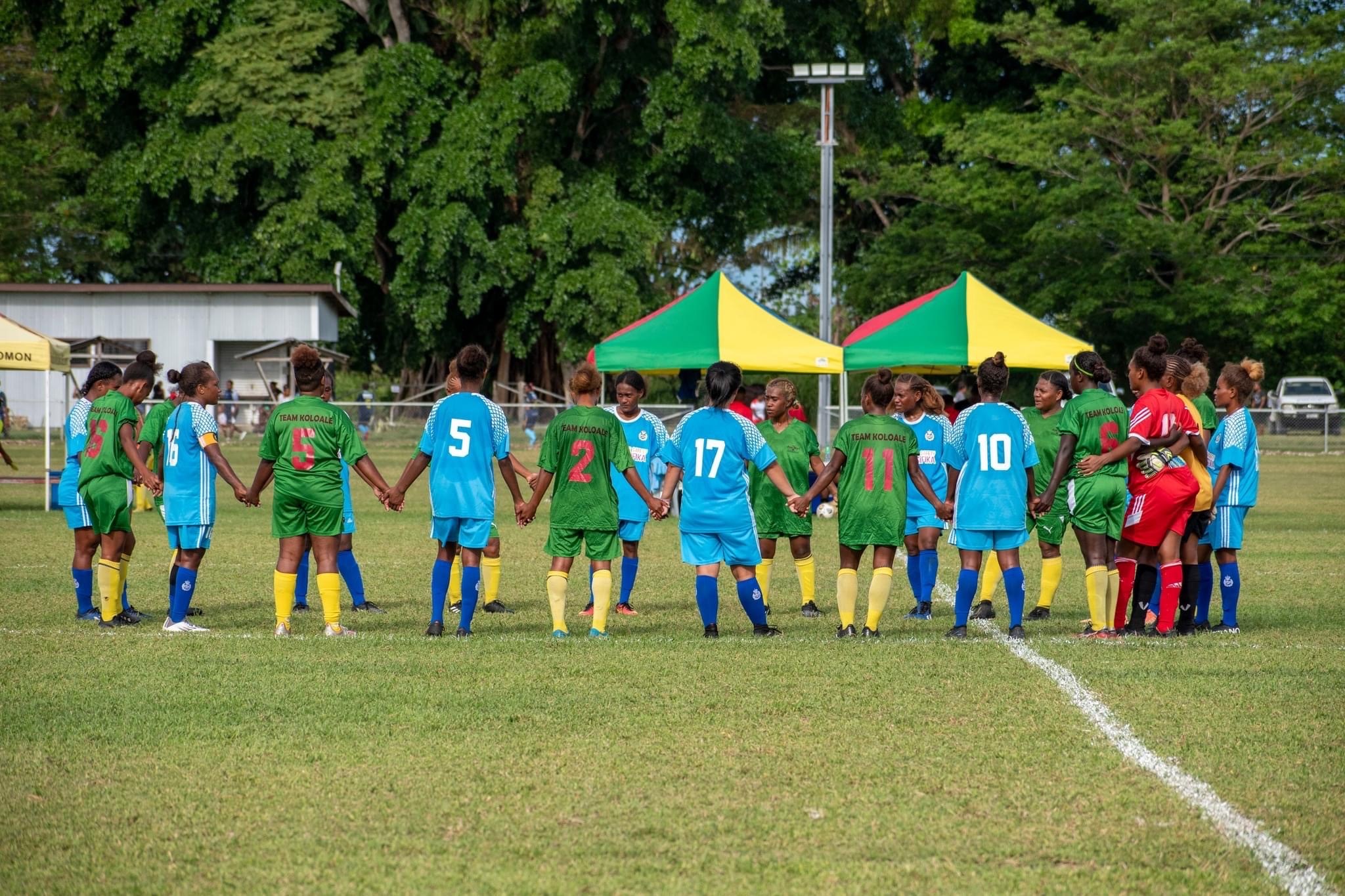 Royals players with opponents after a match

The two-time champions of the Solomon Islands Women’s Premier League, the Royal Solomon Islands Police Force (RSIPF) Royals Women’s Football Club, are eyeing the top spot once again in the 2022 season.
A win this season would give the Royals a hat-trick record in the competition after they were crowned champions in the 2020 and 2021 season.
At the halfway point in the season, the Royals are in fourth place, four points off the top spot. The club is hoping to build on a solid start and finish the season strongly.
Royals Coach, Mark Crawford, said the team has played well so far, and is confident they can build on their good form.
“We have been playing some really good football which has put us in a good position for the second half of the season. We are working hard to make sure we compete well in round two,” Crawford said.
The Royals side includes players who were part of the Solomon Islands national women’s soccer team that created history for the country at the Oceania Football Confederation (OFC) Women’s Nations Cup 2022. The team finished third after beating Samoa in Suva, Fiji.
Five Royals players are using their mid-season break on international duty by joining the Solomon Islands women’s national team that is competing in the Pacific Four Nations Women’s tournament in Canberra, Australia.
RSIPF Commissioner, Mostyn Mangau, has saluted members of the team for their outstanding performances and dedication to football while also protecting their community.
-RSIPF Press