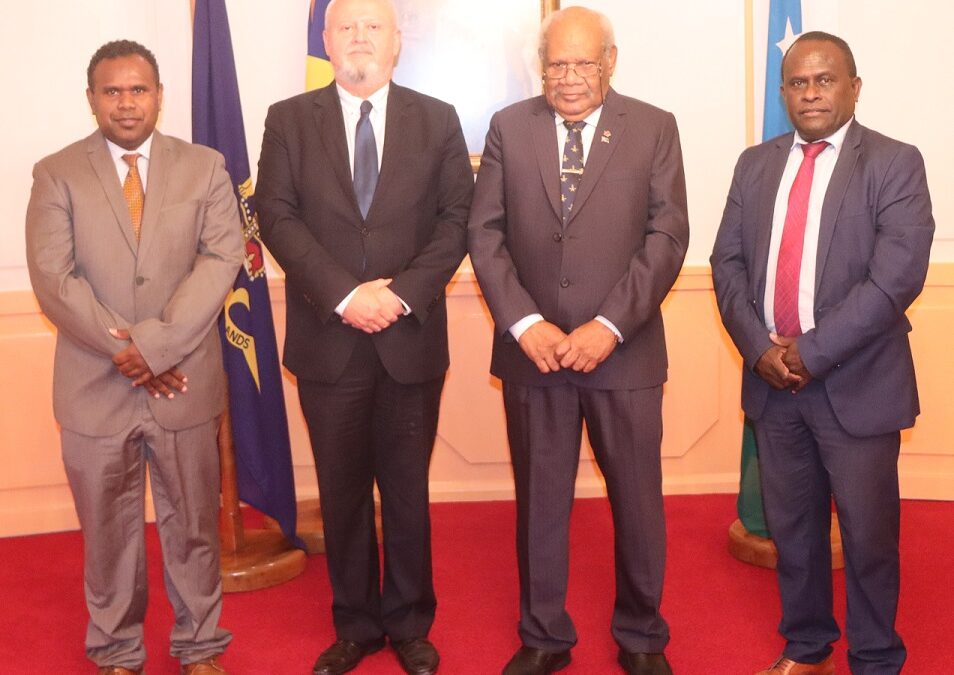 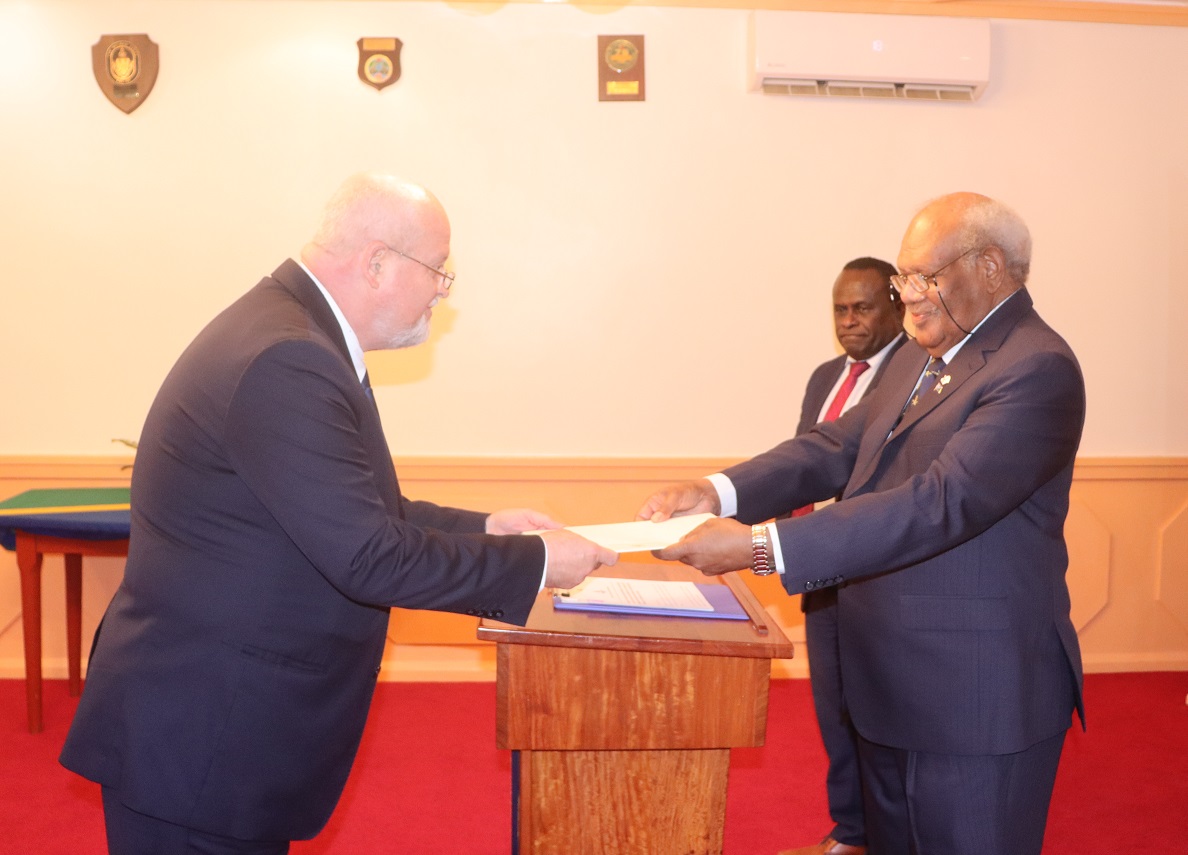 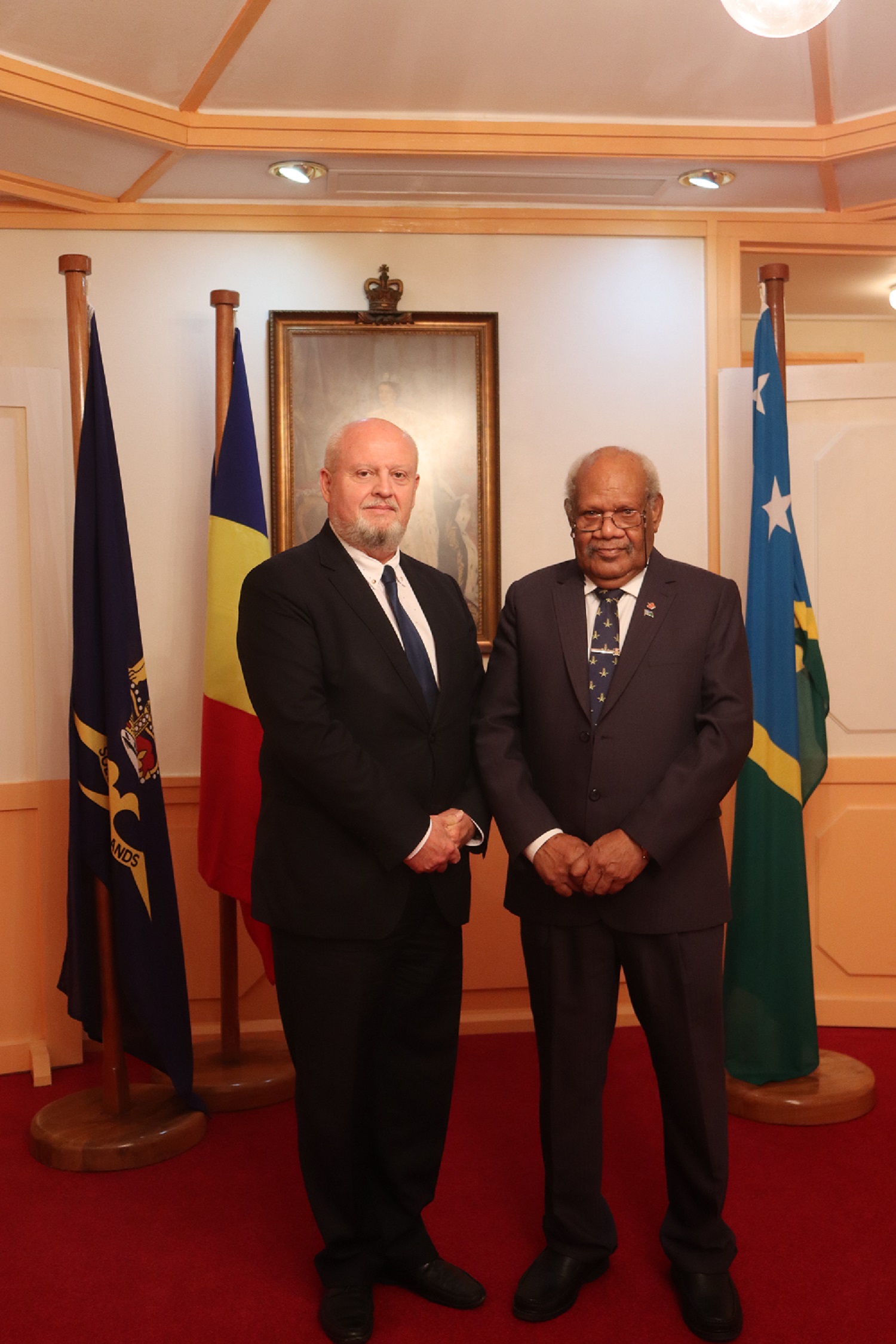 Ambassador Safta expressed his gratitude to present his credentials as non-resident Ambassador of Romania to the Solomon Islands, saying that even though the geographical distance between Romania and Solomon Islands is considerable, he believes the two countries share common interests in the quest for world peace and the need to fight climate change.

Solomon Islands and Romania established diplomatic relations 11 years ago in February 2011. Romania’s support to Solomon Islands during this period is contributed mainly through multilateral agencies such as the European Union.

The Romanian Envoy said the nomination of a non-resident ambassador of Solomon Islands to Romania would be a great step to enhance engagements between the two countries, as well as identifying suitable persons to act as honorary consuls for the countries.

Romania has its fair share of expertise in various domains, such as agriculture, education, climate change or IT.

Another avenue for enhancing the cooperation between the two countries is facilitated by Romania’s membership to the European Union.

“The new strategy of the EU for the Indo-Pacific represents a valuable tool that could yield results also in our bilateral exchanges. Furthermore, the EU’s ambitious plan to fight climate change represents a good platform for cooperation in combating its devastating effects,” Ambassador Safta said, adding that he will do his utmost to support and achieve this objective of deepening the ties between Romania and the Solomon Islands.

The Acting Governor General Hon. Patterson John congratulated Ambassador Safta on his appointment and expressed his confidence in him as a career diplomat to strengthen and enhance the bilateral relations between Solomon Islands and Romania.

Mr. Oti said Solomon Islands look forward to work with Romania on common areas of interests and priorities of mutual benefit for both countries at the bilateral and multilateral platforms.

Romania is a country in Europe and is a member of the European Union (EU) and much of its assistance to Solomon Islands is through EU.