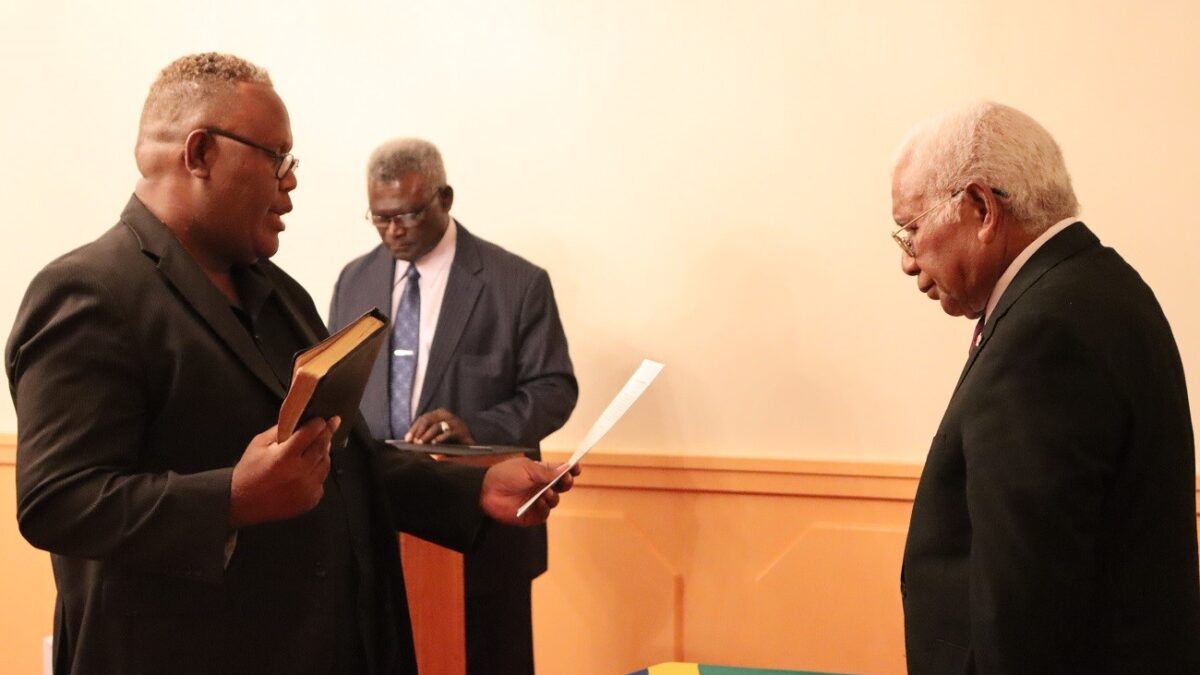 Two ministers in the current DCGA have been sworn-in by the Governor General, Sir David Vunagi at Government House today.

Reallocation of the ministerial portfolios is a normal government exercise to provide an opportunity to Ministers to experience the functions of other ministries. 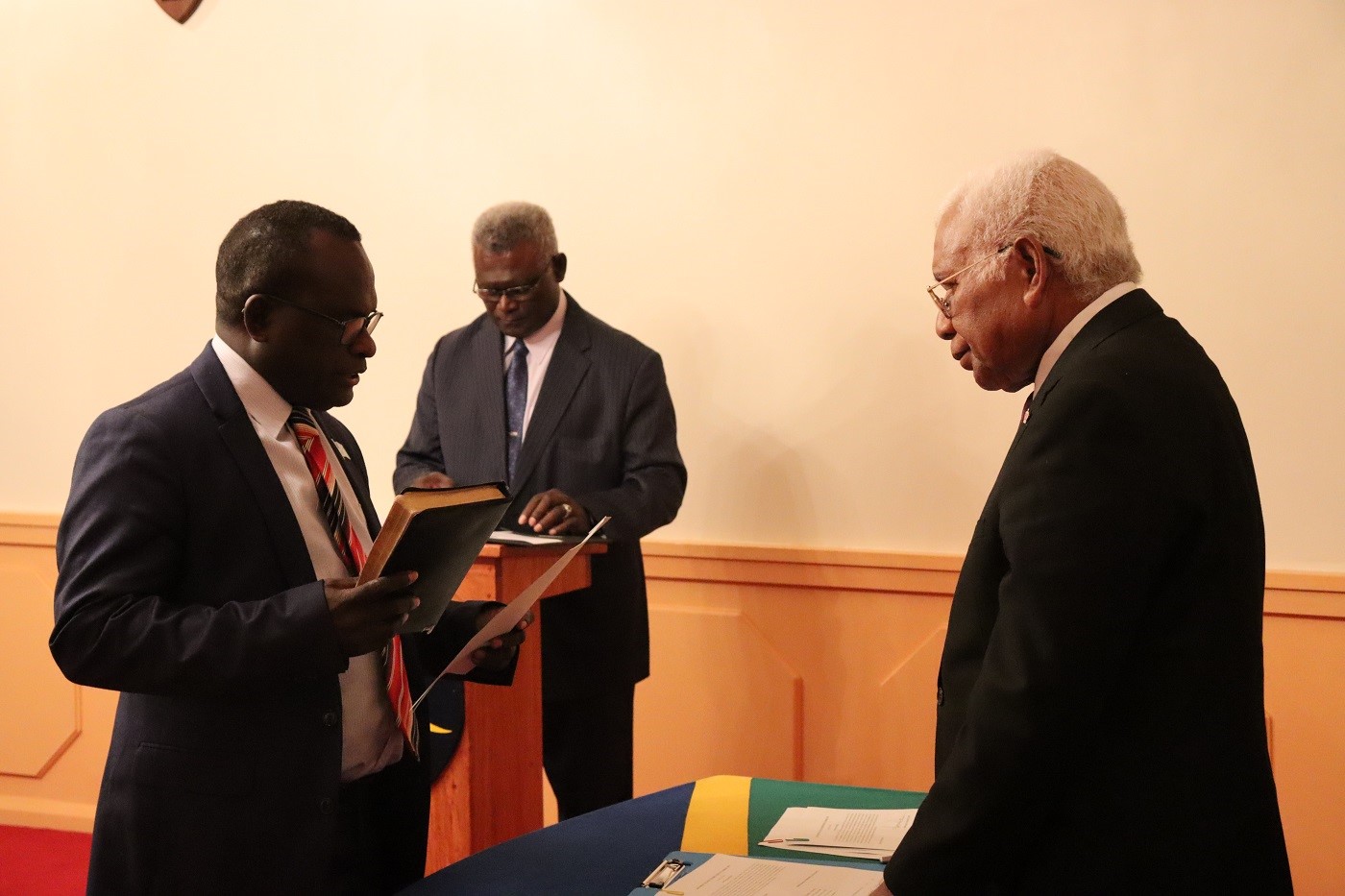 Former Minister of Commerce, Industries, Labour and Immigration Clezy Rore has been reassigned to the Ministry of Justice and Legal Affairs. He will be sworn-in later.