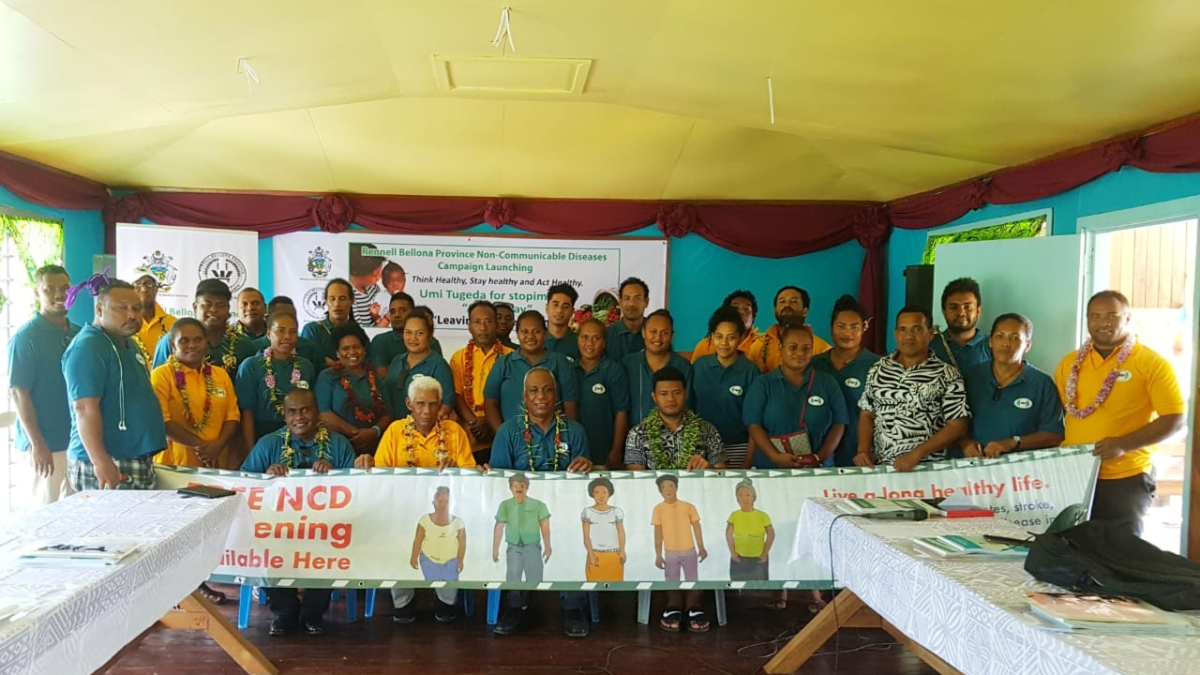 Group Photo of Provincial Health Minister Hon. John Haueke and other guest speakers (seated in front) and health workers at the launching of the NCD Campaign and Opening of the SOLPEN Training

Rennell and Bellona province this week declared war against Non Communicable Diseases (NCD) with the launching of the province’s NCD campaign, that coincides with the commencement of SOLPEN (Solomon Islands Package of Essential Intervention for NCD) training for the provincial doctors and nurses.

SOLPEN training for Rennell and Bellona Province doctors and nurses

With the theme, Think Healthy, Stay Healthy and Act Healthy, imi tugeda for stopem NCD, the NCD campaign will include dissemination of important Information, Education and Communication (IECs) on NCDs and community awareness at night. During the day, health workers undergo the SOLPEN training to boost knowledge and skills to effectively assess and manage NCDs as well as implement awareness of NCD preventative measures.

At the launch, Director Health Rennell and Bellona, George Pego in acknowledging attendance of the provincial government and stakeholders highlighted the significance of partnership in the fight against NCDs.

“This fight against NCDs needs a strong supporting environment therefore the core objective of the NCD campaign is grounded on advocating for partnership and creating meaningful relationship amongst important stakeholders and service beneficiaries. This is what the provincial health executive believes to be the most effective and efficient strategy in the battle against NCD”, 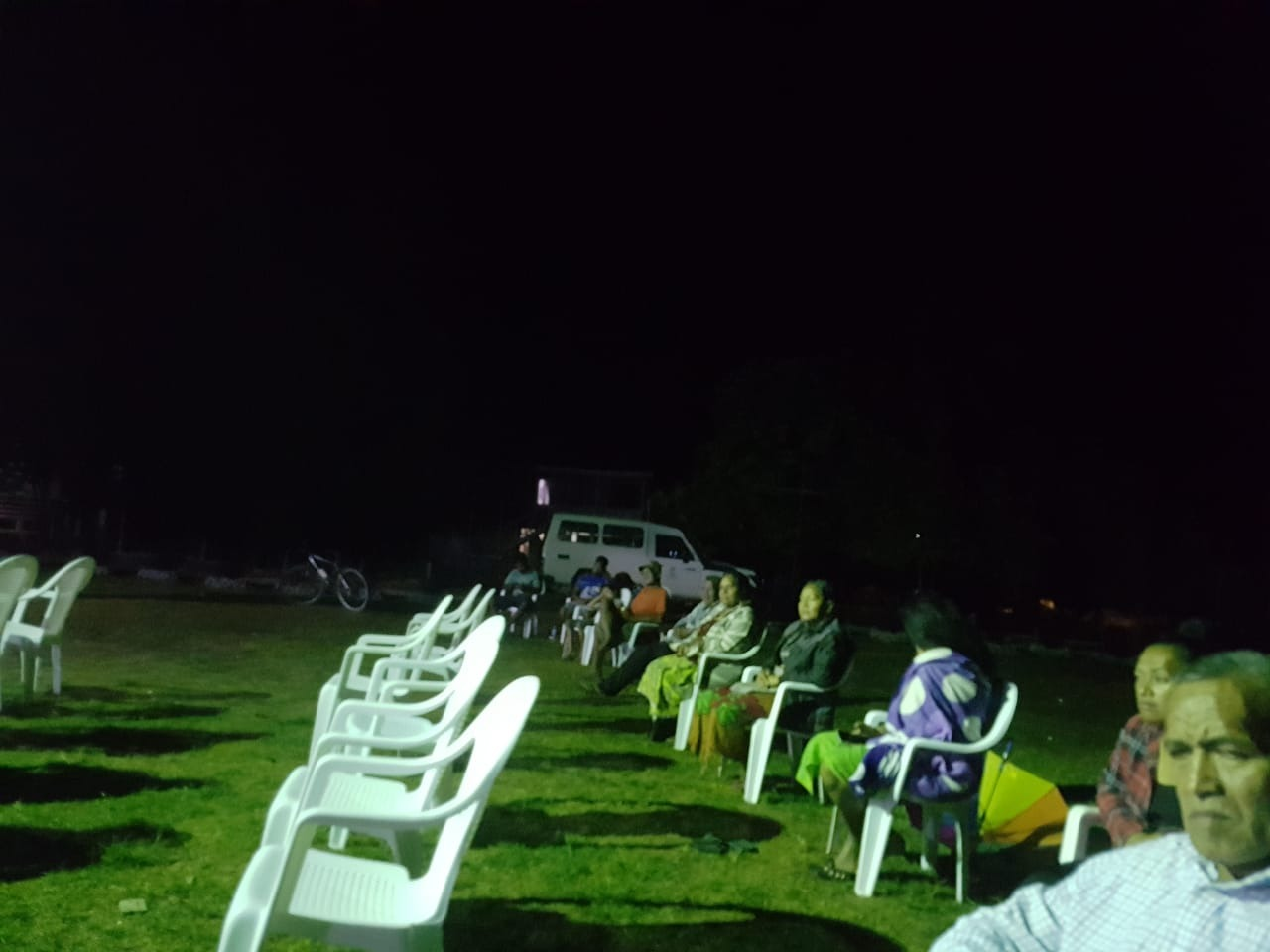 Villagers coming out to listen to the NCD Awareness Program at night. This is part of the NCD Campaign and practical application of skills and knowledge gained at the SOLPEN training.

“According to 2020 annual report, five disease burdens were noted with NCD ranked number 2 after moderate and severe pneumonia. As such this campaign against NCD and the trainings to not only timing but very crucial for the provinces as its impact spans far beyond health to social and economic lives of the people”, explained Mr. Pego.

Dr Jones Ghabu, Consultant Physician and Specialist at the NRH’s Diabetic Centre who was also in Rennell and Bellona this week to lead the training highlighted that NCD is at a crises point.

“6 people die each day in Solomon Islands because of NCD and I have grave concern in this regard for our province, as though the cases are small but given the small population, the cases represent a very significant portion of the Renbel population”. Explained Dr Ghabu.

Dr Ghabu acknowledged the initiative by the province to declare war against NCD and stated that the training will greatly enhance the capacity of NCD soldiers, the doctors and nurses and public health workers to properly conduct assessment for prompt detection of NCDs. It will also provide crucial information on how to prepare health systems in place for NCD management and effectively carry out community awareness around NCD Preventative measures”, said Dr Ghabu. 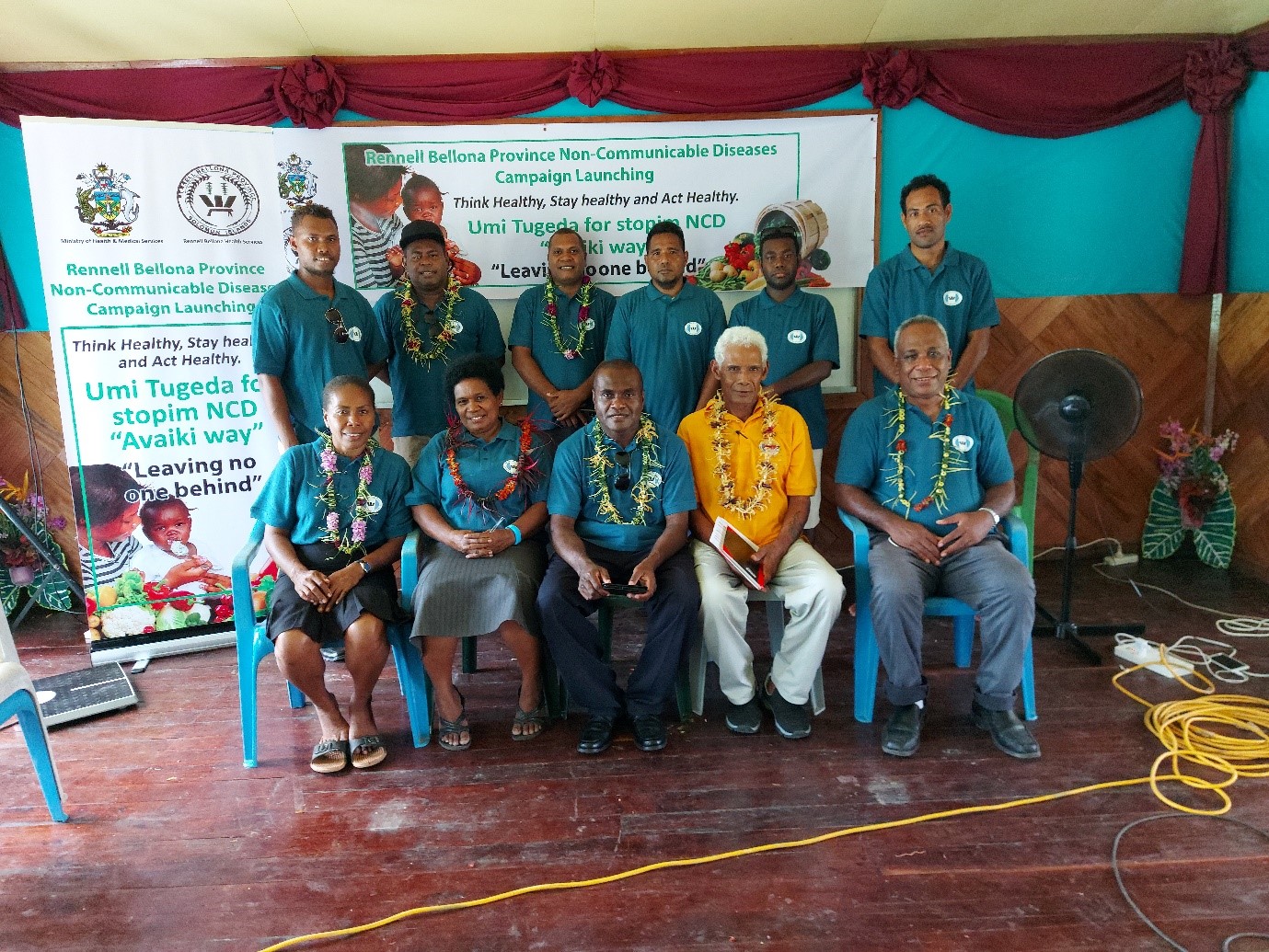 In delivering the key- note address at the launch of the campaign, Hon John Haueke, Provincial Minister for Health said that the provincial government share similar concerns on the number of NCD cases in the province.

“Thus we are indeed very pleased to be part of this very important occasion, an occasion that will greatly vamp up our efforts against NCD in the province that has already impacted not only the province’s health but also social and economic aspects of our lives as well, a great concern indeed for the provincial government”, explained Mr. Haueke.

He also expressed sincere appreciation on the recent health achievements which includes, reopening of Tengano Rural Health Clinic, deployment of additional nurses and Health Promotion Officer to east Rennell and Bellona, the with inclusion of the provincial funded Lavangu clinic to be registered as a Rural Health Centre as required under the Role Delineation Policy Required.

The health minister assured that the provincial government will continue to support the work of health in the provinces with NCDs and all other undertakings of health to ensure the preservation and enhancement of the province’s health which he described as necessary for the development of all other sectors of the province.