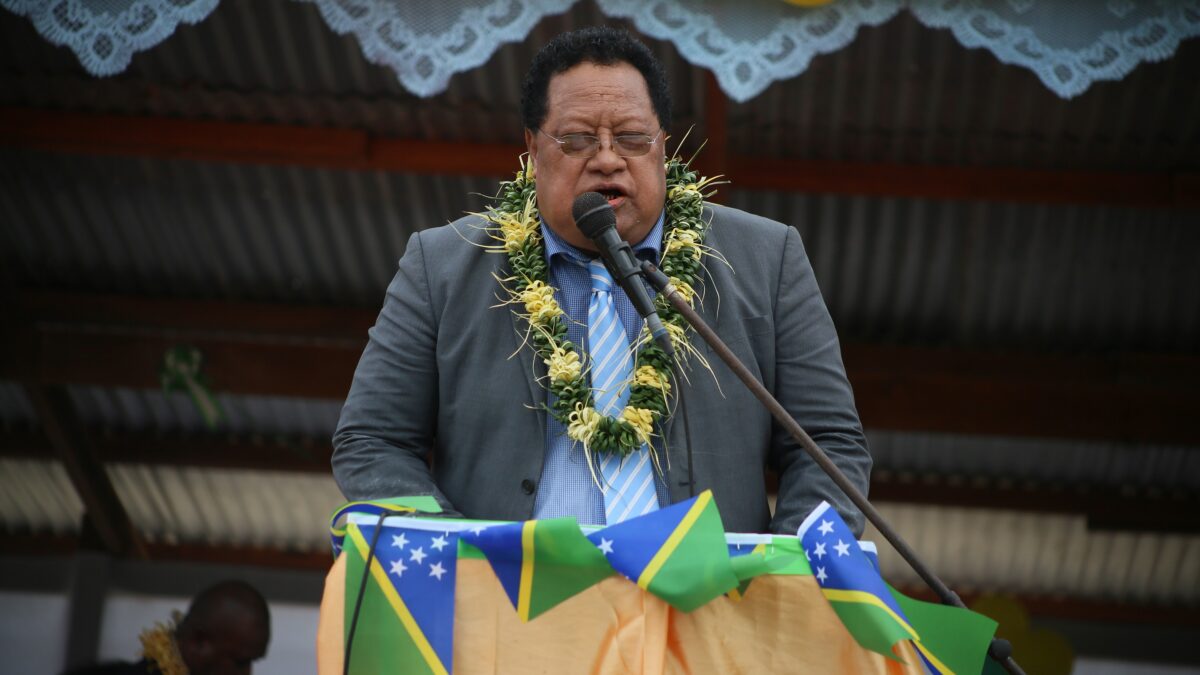 In his remarks during the 2nd Appointed Day yesterday (26/08/20), Hon. Dr Kaitu’u first urged the National Government through Ministry of Infrastructure Development (MID) to improve the dilapidating road access and airport linking the province with the outside world.

“I call upon the Prime Minister and Democratic Coalition Government for Advancement (DCGA) to consider allocating funds to upgrade the Tigoa and Anuha airport for dash 8 aircraft compliance.

“The roads on Rennell Island are in poor conditions need backing for maintenance,” he remarked acknowledging DCGA policy implementation for a proposed wharf construction at Bellona Island earmarked for ground-breaking sometimes in September.

Hon. Kaitu’u said that it has been more than 40 years which the largest upraised atoll in the world have been overlooked by past successive government.

The Renbel MP also called on the National Government to consider giving an additional constituency for the province.

“I know for sure, others will use population to justify our ineligibility which is just one facet of the whole issue.

“Those who argue against such proposal may have start off from a ‘classroom syndrome’ and carried away forgetting the realities of life in this simple, humble upbringing and isolated communities of Renbel,” Hon. Kaitu’u said.

He urged the Prime Minister and the high level delegation attending the anniversary about the essence of his peoples’ long term wish for additional constituency.

“My people are behind these and ‘let’s make it happen’ during our time,” he said adding that this should be the catchphrase.

More so, Hon. Tautai called on the National Government to consider providing roll-over funding to support administration of the country’s only World Heritage Site-Lake Tegano.

“It is common knowledge that the property is the only conserved area recognized in the country by the United Nations Education and Scientific Organization (UNESCO) which puts us on the world map.

“Lake Tegano is the alternative economic resource for people of Renbel after mining and logging,” he said.

MP Dr Kaitu’u is also part of the high level delegation (14 MP’s and government officials) who made a one-day visit traversing the mined areas of West Rennell to Lake Tegano upon their arrival at Tigoa station on Tuesday (25/08/20).

He is adamant that such visit should help bring about inclusive thoughtful decisions to help protect resource owners in the mining industry.

On that note, he further called on the National Government to improve the mining sector in his province and the country as a whole.

Prime Minister Manasseh Sogavare in his keynote said that government is fully aware of an important strategy to realize the opportunity for good quality road infrastructure on the lake and an all-weather, dash 8 standard airport infrastructure as a gateway to the province.

PM Sogavare said Renbel Province is a worthy candidate for Tourism Development should the Special Economic Zone Bill is brought to parliament soon.

He also provide a brief regarding the government’s commitment to review the current Mining Agreement for West Rennell which is due for review in March next year.

He said that the recent gazetting of the bauxite ore by Ministry of Mines will earn more revenue; thereby increasing royalty and tax payments.

Renbel Premier Hon. Willie Tuhagenga in his remarks shared his strong conviction of their potential to raise themselves, and at the same time further contribute to the national economy.

“My only wish is that the Provincial Government and the Rennell and Bellona Constituency strategize a bigger plan to drive our development needs.

“I believe, together we can achieve more in a short period of time.

“By proportion, we have the biggest share in Constituency funding yet we are the less developed in all the provinces.

“I am not criticizing our current leadership, I am in the opinion that we have the financial reserves at our disposal to build our provinces but this depends on our political will to reconsider our funding strategies,” he remarked.

The anniversary celebrations was witnessed by more than 500 people who came far as Bellona and easternmost Lake Tegano.

Renbel’s actual Appointed Day is falls on July 20th. However, this year’s celebrations has been rescheduled due to the recent bad weather affecting shipping services and flight movement; as well as other matters related to the completion of the new office complex.

Next year’s anniversary celebrations will be hosted in Bellona.