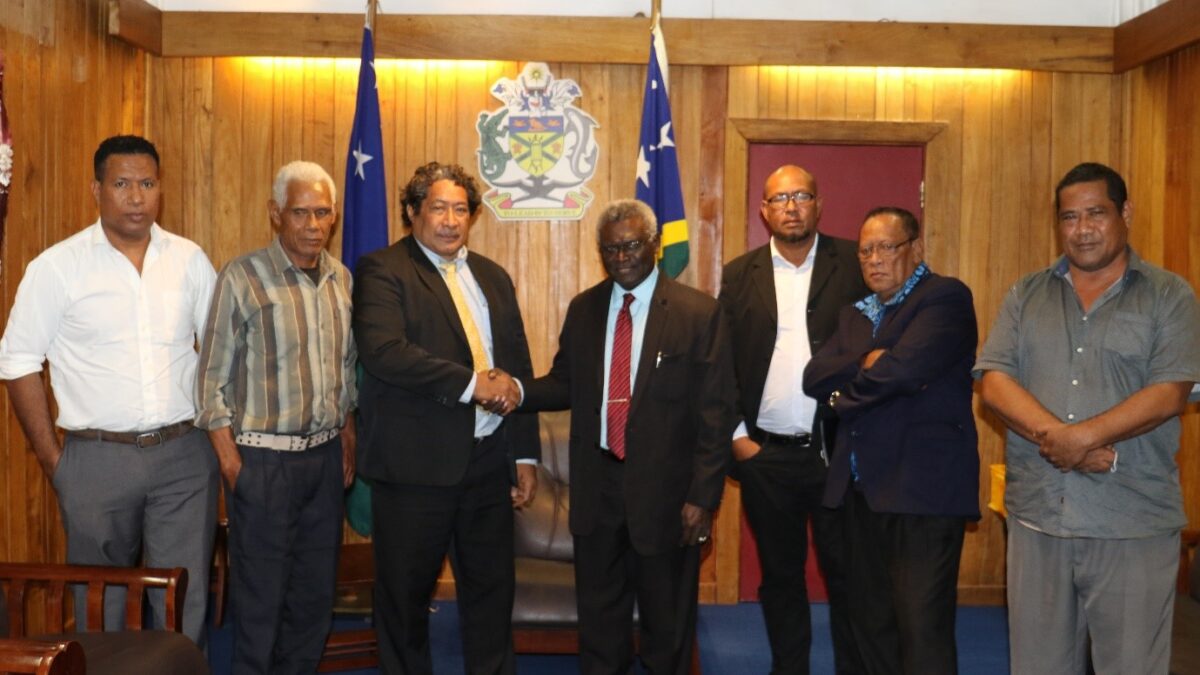 Premier of Rennell and Bellona Province, Hon. Willy Tuhagenga and his delegation has paid a courtesy visit to the Prime Minister Hon. Manasseh Sogavare, MP, this week.

The purpose of the visit was to reaffirm the province’s support to the National Government.

Issues of mutual interest between the Ren-Bel Province and the National Government were discussed during the meeting.

They include the oil spillage at East Rennell, infrastructure, fisheries and tourism development.

Hon. Tuhagenga also expressed his provincial government’s wishes to improve the airstrip in his province.

In response, Hon. Sogavare acknowledged the importance of the issues raised by the Premier.

Hon. Sogavare strongly urged for actions to be taken under the different sectors to address the issues discussed.

The Premier was accompanied by members of his provincial executive.