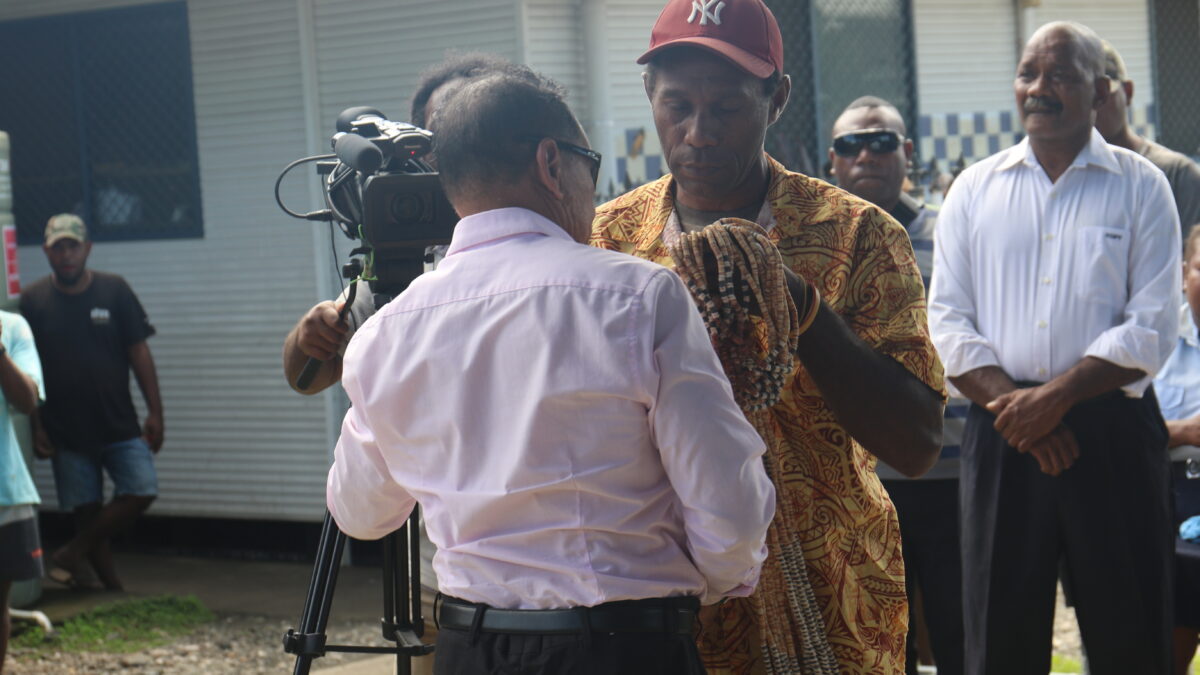 Brother of the deceased, Steve Micky presenting a shell money to Hon Agovaka

For the relatives of late John Waneta of Sulufou tribe in Malaita Province, yesterday relationship was restored with a family from Central Guadalcanal constituency.

Late John was a victim of a tragic road accident at Tenaru where a land cruiser belonging to a family in Central Guadalcanal rammed through a crowd resulting in five people being killed one of whom was John.

Yesterday’s reconciliation ceremony was initiated by the Member of Parliament (MP) for Central Guadalcanal Constituency, Honourable Peter Shanel Agovaka and the ceremony took place at the Guadalcanal Police Headquarter at Henderson.

In a moving ceremony, Agovaka highlighted that the reconciliation is to restore relationship between perpetrator’s family and the victim’s family.

Agovaka said although it was an accident that no one anticipated, culturally we have an obligation to appease and amend ill feelings and hurts.

Agovaka also highlighted that in the absence of a law, and based on past precedence a loss of a human life is compensated with a cash amount of $100,000.

Agovaka, however, said that a human life has no value because whatever being exchanged as a show of remorse will not take back the dead.

The Central Guadalcanal MP strongly added that by nature of our culture we have to compensate a life and the reconciliation ceremony was a testament of that.

Speaking on behalf of the deceased’s family, tribal member and a brother of the deceased, Galorick Iro said the family and the tribe of which late John came from have accepted the compensation and acknowledged the restoration of relationship.

Iro assured the perpetrators’ family that normalcy has been restored in the relationship between them and that everyone should go about life as usual.

The brother of late John, Steve Micky, also offered a shell money or tafuliae to honourable Agovaka as a symbol of restoration of relationship.