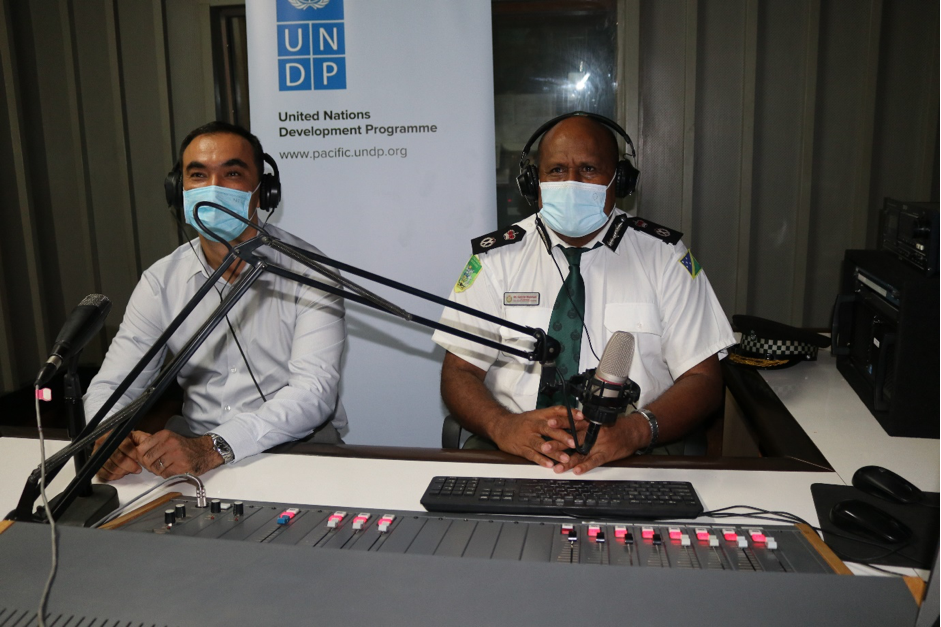 Honiara, Solomon Islands (Wednesday 18 May 2022) – The Correctional Service of Solomon Islands (CSSI) has embarked on a revitalized campaign to promote and raise awareness on the importance of giving ex-offenders a ‘second chance in life’

Offenders face significant challenges in their social reintegration, including stigmatization and ostracism, which can impede their ability to find jobs, housing or return to formal education. Unless they receive help to face these issues, offenders risk getting caught up in a vicious cycle of challenges of reintegration and recidivism.

The United Nations Development Programme (UNDP) is supporting CSSI with radio programmes and with technical support in ensuring that inmates receive services in line with the Mandela Rules.

The CSSI is also working closely with national and provincial governments, civil society organizations, local communities which will see the establishment of National Board, Provincial Council and Ward Committees which will strengthen the reintegration of offenders at the community level, faith based organisations and additional stakeholders within the private and development sectors.

The theme of the campaign is, “Iumi Tugeda Waka for Bildim Peace, Stopem Crime, Stretim Life, for United and Prosperous Solomon Islands”

The Commissioner of CSSI Mr. Gabriel Manelusi, expressed his appreciation for this timely support and is looking forward to the positive outcomes of what this campaign aims to achieve.

“The rehabilitation of inmates is an integral part of CSSI’s mandate as this ensures that upon their release, they shall become effective partners, parents, contributing to the national workforce,” said Commissioner Manelusi.

“The majority of inmates have a strong motivation to be successful citizens if given another chance following their incarceration. Therefore, families, communities, provinces and all other stakeholders have a major role to play in getting them attain their goal.”

He added, “CSSI has always have a fruitful partnership with UNDP, and we are grateful that they are supporting us again in this campaign as it will greatly boost our community outreach efforts. This also echoes one of our ethos which recognizes that social reintegration into communities is one of the basic objectives of a criminal justice system”.

“We take ownership on how the UN Standard Minimum Rules for the Treatment of Prisoners, the Nelson Mandela Rules are translated based on our country’s reality,” said Commissioner Manelusi.

He added, “The prison system is an important component of a properly functioning criminal justice chain. We value the work that CSSI has undertaken so far and UNDP’s support to this campaign will help boost the efforts to sustain rule of law, along with the recognition that communities are central in driving this.”

The CSSI operates six correctional centers around the country, and they are present in Honiara, Guadalcanal, Temotu, Makira, Malaita and Western Provinces