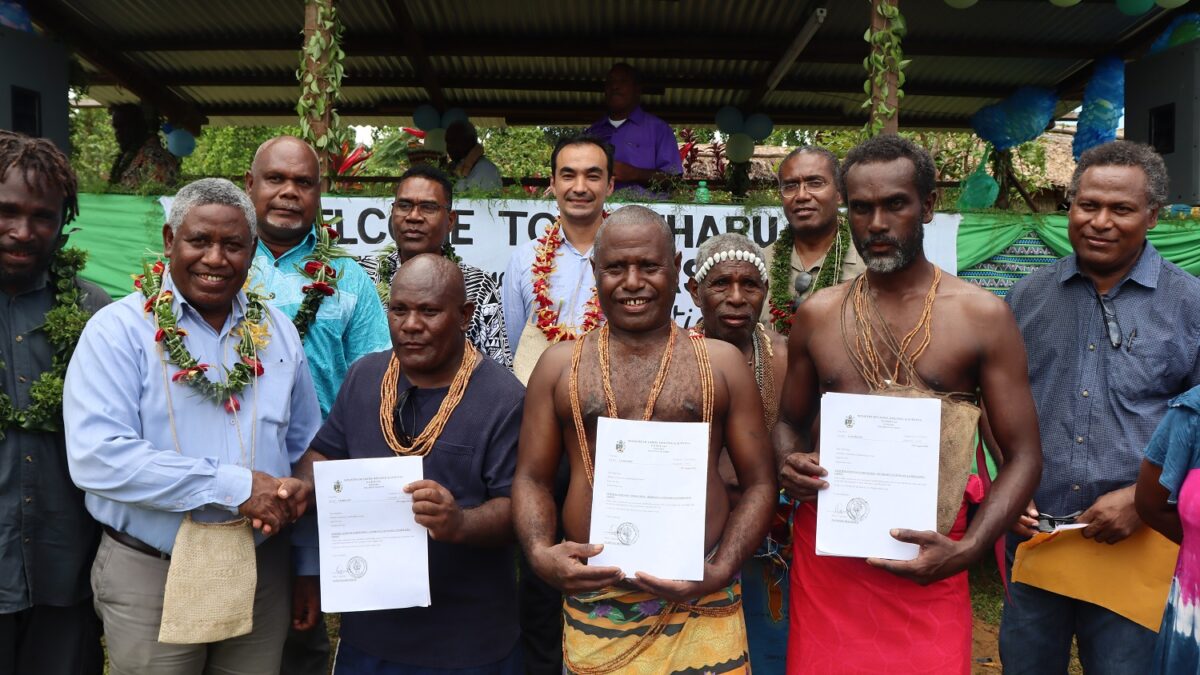 Officials and Chiefs with the certificates 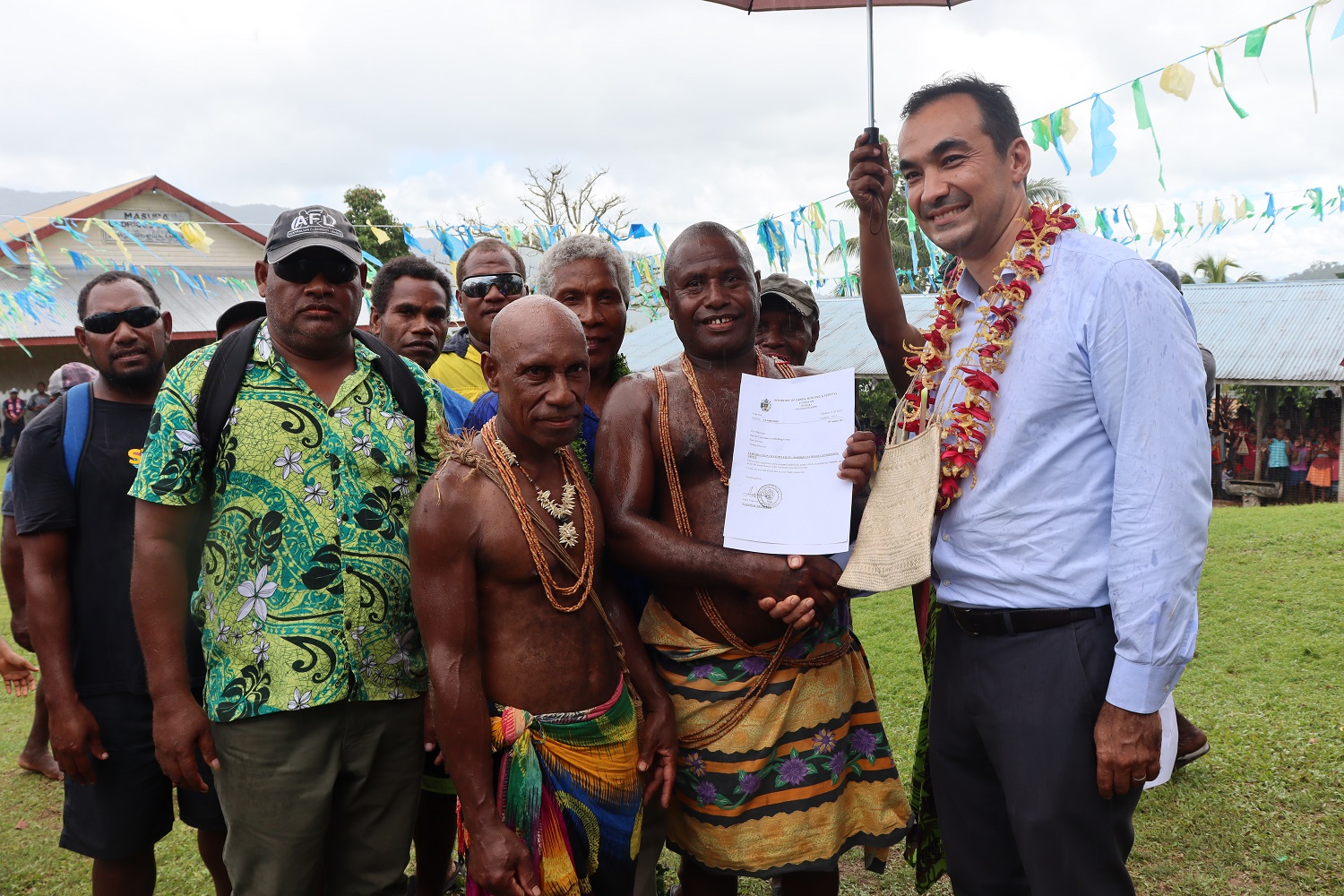 Three customary landholding groups in Masupa Village in the East ‘Are’are region of Malaita Province received their certificates of land recording completion in a hand-over ceremony today. The certificates were handed over by the Ministry of Lands, Housing and Survey, under the Government’s Customary Land Recording programme, supported by the UN Development Programme (UNDP) in Solomon Islands.

A joint media release from the Government and the UNDP Solomon Islands Office on Monday 23 August said the Customary Recording was carried out under the Customary Land Act and preceded by public awareness dialogues and consultations, boundary mapping and reconciliation between customary landholding groups’ members.

The main purpose of the Customary Recording Programme was to record the land rights of customary landholding groups. It also allowed recording their genealogy which is now officially recognized and subsequently will be registered in the Repository of the Central Land Records Office of the Ministry of Lands, Housing and Survey. 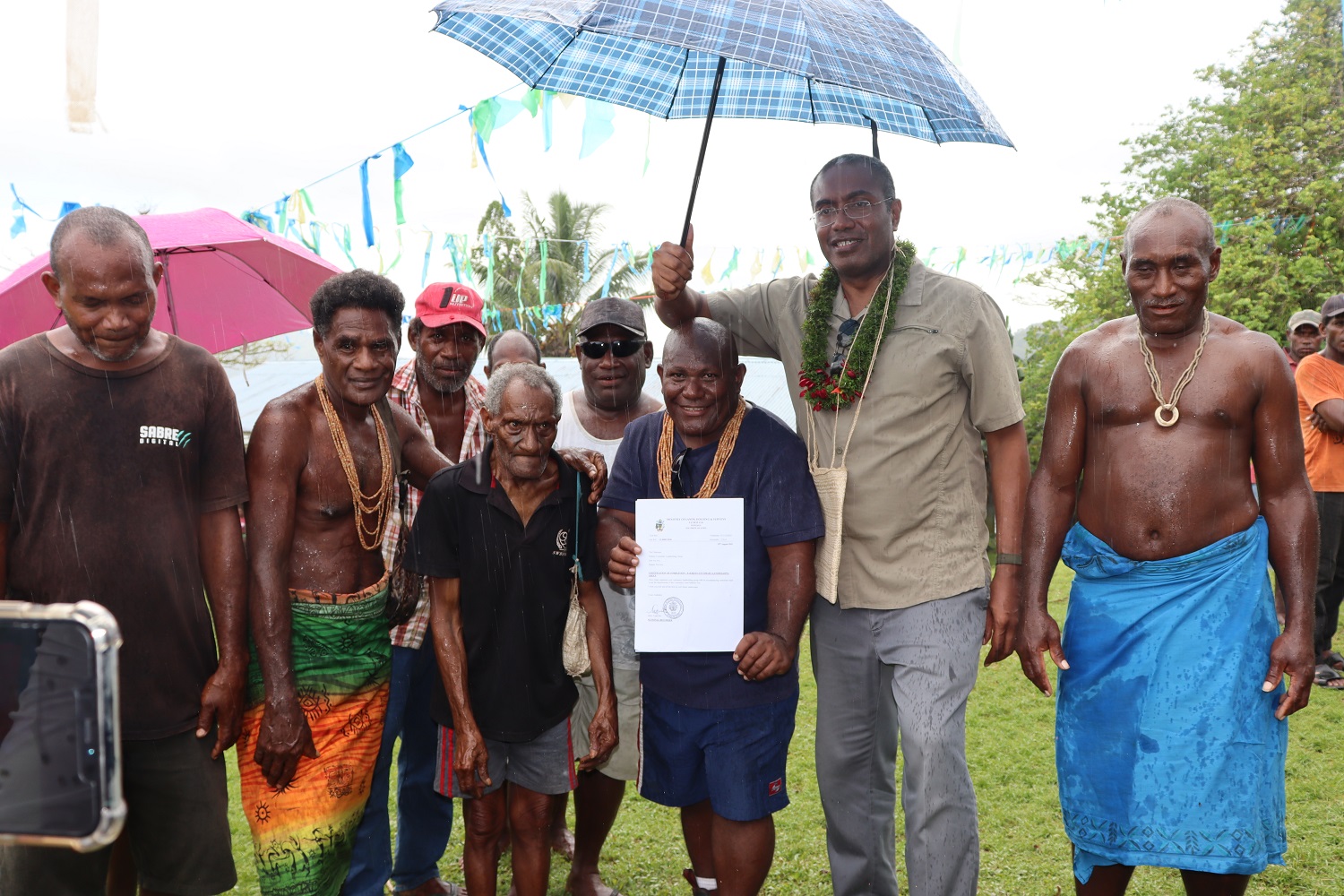 “Thank you to the East Are’ Are House of Chiefs and other tribal elders for supporting my Ministry in successfully rolling out the programme. On that same note, I would like to thank our development Partner UNDP for their financial and technical support to this great and historical achievement. Such assistance is never easy to get, but I can assure you it will go a long way to drive development in the rural areas of Solomon Islands,” he added.

In his welcoming remarks, UNDP Country Manager in Solomon Islands Mr Berdi Berdiyev expressed his appreciation to members of three customary landholding groups in East ‘Are’are for their partnership with the Government over last 10 months to complete the recording.

“Having land rights recorded grants the landowners the right to utilize land for development that will benefit not just one person or family or a group of individuals, but everyone in your communities in years to come,” he said.

Mr Berdiyev further emphasized that the customary recording process supported by UNDP is an important initiative which contributes to development and peace of Solomon Islands.

“The development and implementation of the customary land recording in Solomon Islands is a critical pillar of the National Development Strategy, and with the approach to leave-no-one-behind, I am positive that the recording will play a pivotal role in building and sustaining peace and reducing land-related conflicts and disputes in Solomon Islands.” 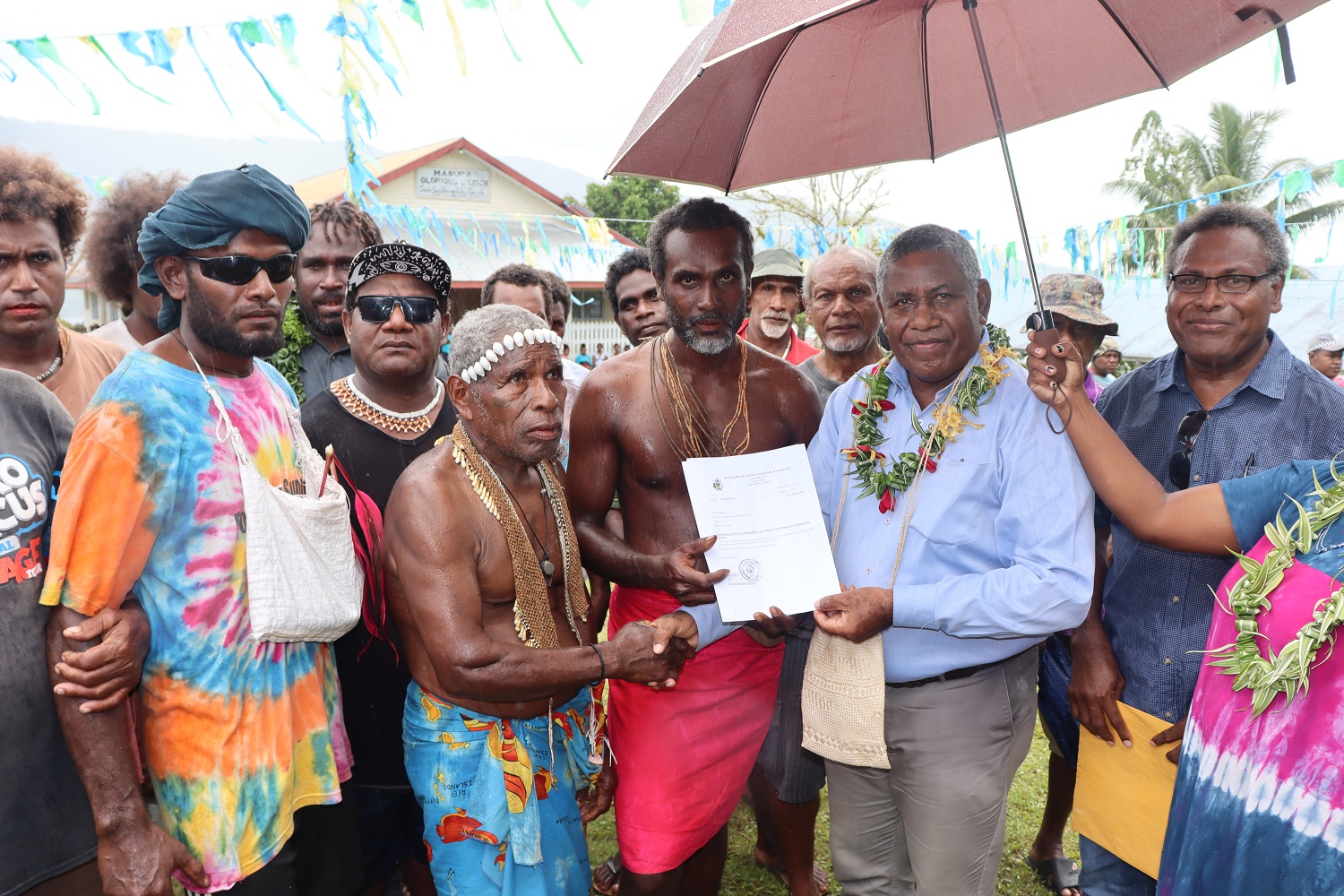 With the Sustainable Development Goals as a guiding thread, UNDP works to promote peace and inclusive societies by supporting and partnering with governments, civil society organizations and people to participate in processes to prevent conflict and sustain peace.

The customary land recording process is being completed with the support of the Ministry of Lands, Housing and Survey by the Inclusive Governance of Natural Resources (IGNR) Project implemented by UNDP Solomon Islands and UN Women with the financial support of the United Nations Peacebuilding Fund.

UNDP is the leading United Nations organization fighting to end the injustice of poverty, inequality, and climate change. Working with our broad network of experts and partners in 170 countries, we help nations to build integrated, lasting solutions for people and planet. Learn more at www.pacific.undp.org or follow us on social at @UNDP_Pacific and @undpsolomon.