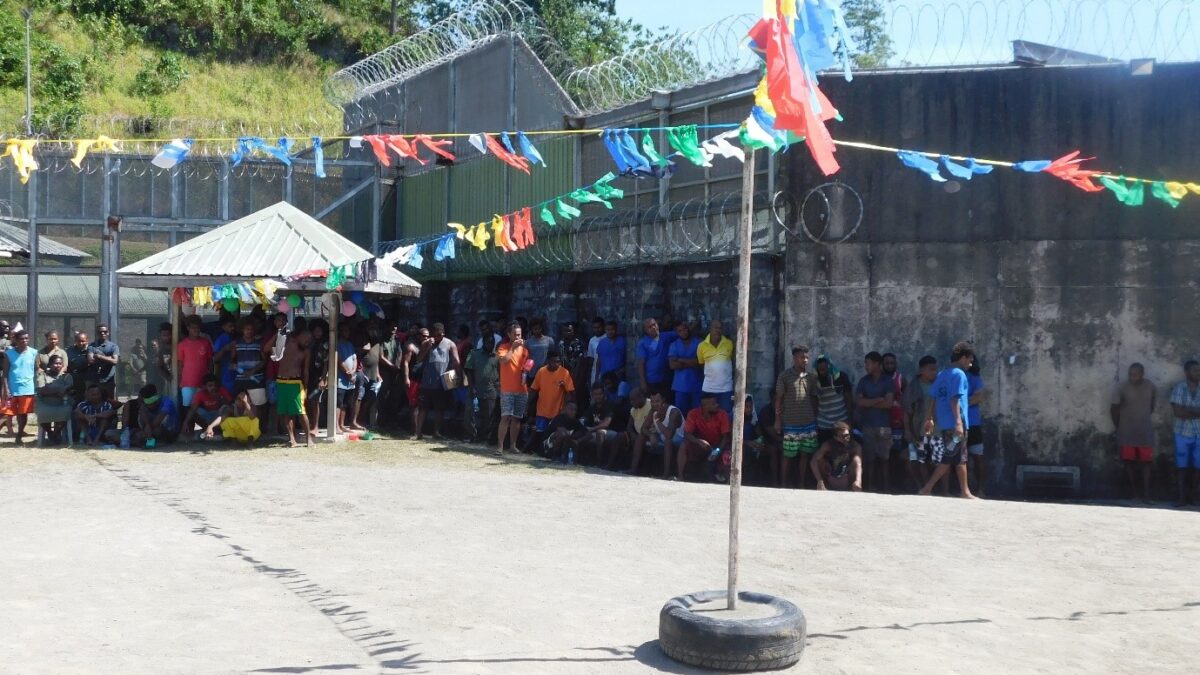 Part of the inmates celebrated the 44th Independence Anniversary on July 15.

The program began with a prayer prior to the welcome speech and singing of the national anthem. This was well presented by one of the inmates and local artists featuring Steggaboy putting up special items

Speaking during the event, the Centre’s Chief Security Superintendent Derick Tenai echoed the significance of a better society and communities where people live in harmony, peace, freedom from violence and other unlawful activities.

He mentioned that inmates reflecting and learning their old life are able to embrace their personal happiness and joy.  He added that this will surely be reflected on their behavior when they are released from the jail and starting a new trend in their life.

The Chief Security superintendent rightly so, conveyed his gratitude to Commissioner Gabriel Manelusi and executive staff for their permission to host the program.

He also congratulated local artists supporting inmates of the custodial to perform live band entertainment during the independence celebration of our beloved Solomon Islands.

Furthermore, the Superintendent highly requested the Program unit to pursue new initiatives that would enhance high profit and a hopeful future for the inmates.

RCCC Chaplain Inspector Fr. Reginald Tohutohuniu also addressed the inmates. In their reflection he called on them to bring about a change of heart and work hard in life’s struggles encountered.