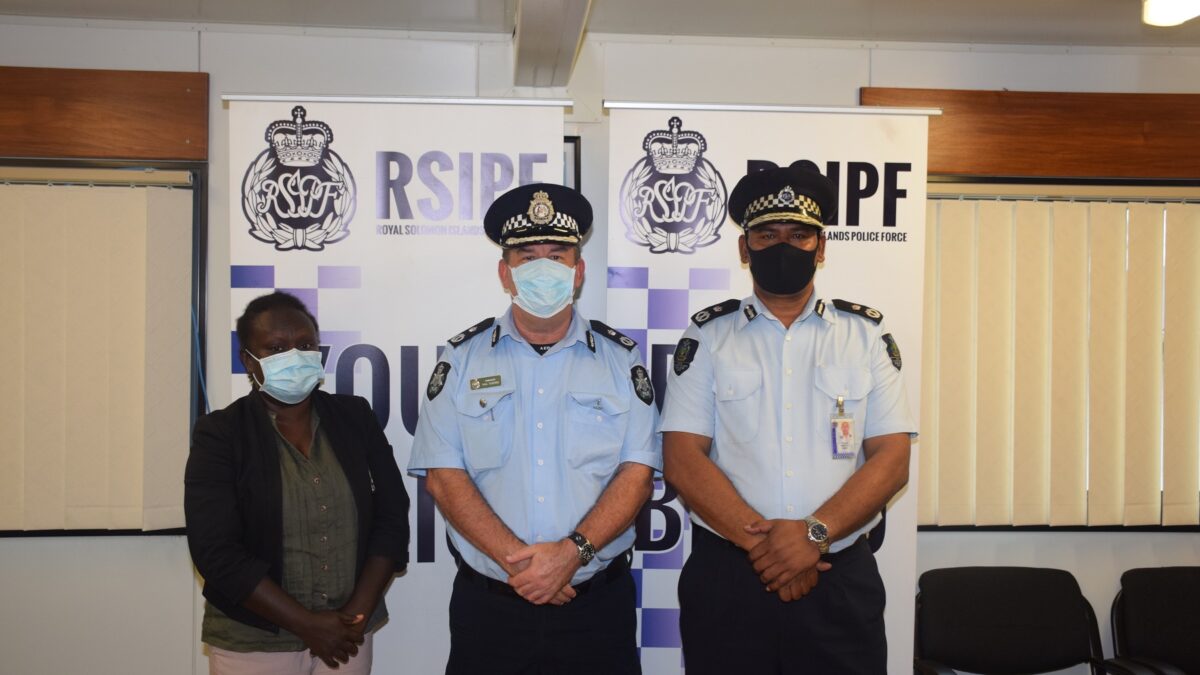 Left to right-PS Karen Galokale, Paul Osborne and Commissioner Mostyn Mangau pose for a photo after administration of oath 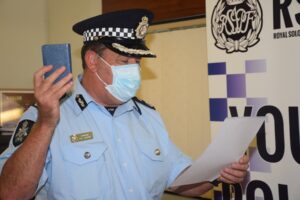 Commissioner Mr. Mostyn Mangau said: “As the Commissioner of RSIPF I am appointing Mr. Paul Osborne of the RSIPF/AFP partnership program to be an authorized officer to assist the RSIPF in the performance of its functions under section 27 (1), and Section 32(2) of the police Act 2013.”

The date of commencement for the term of appointment as an authorised officer is effective as of today (3 December 2021). The term of the appointment shall be for an indefinite period and only relate to duties of the RSIPF Joint Operation,” Commissioner Mangau said. 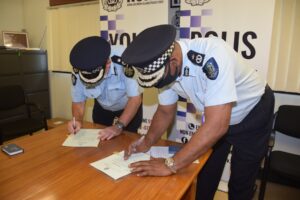