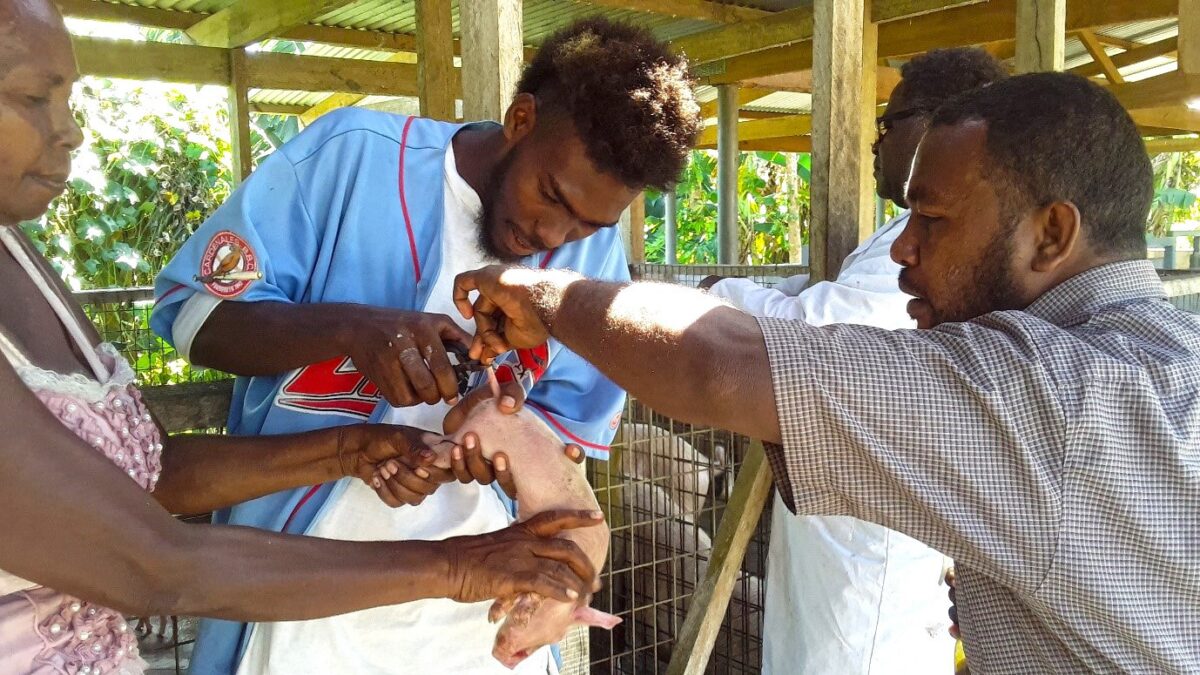 Tail docking performed by the farmer’s son under MAL officers supervision. Tail docking practice is a vital husbandry method which are done to piglets soon after birth to avoid biting of tail by other piglets which can lead to inflection.

At the New Zealand camp behind Henderson area there is a potential pig breeder farmer called Chris Susa.

Lately, officers from the Ministry of Agriculture and Livestock (MAL) through its livestock and veterinary services department visited the farmer on request and 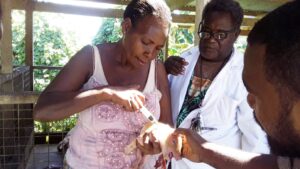 The farmer’s wife had an opportunity to do hands on practical iron injection in a right way under the supervision of MAL Livestock officers.

provided hands on practical training for Mr. Susa and his family members.

The livestock team were on a regular animal Health services for piggery farmers in and around Honiara suburb at that time of the visit.

Deputy Director for Livestock Hearley Atupule said during the farm visit his officers were able to teach the farmer’s wife and children on basic iron injection procedure, piglet handling and animal welfare.

“We gave the farmer (Susa) and his family an opportunity to do hands on practical about iron injection in a right way under the supervision of our livestock officers. We also provided them practical on teeth clipping procedures in piglets to avoid piercing (biting) the sow’s teats, as the four main teeth of the piglet are removed.

“Other new pig management skills and knowledge acquired by the farmer during the day include tail docking, which is a vital husbandry method which are done to piglets soon after birth to avoid biting of tail by other piglets which can lead to inflection,” Mr. Atupule said.

He said the demonstrations provided by his officers are well received with great appreciation from the farmer, Susa. 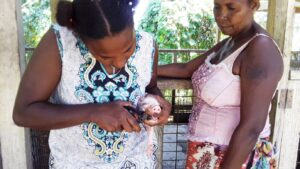 The farmer’s daughter also had the opportunity to learn teeth clipping procedures and animal handling from MAL officers during the farm visit as her mum looks on.

For media enquiries contact the Ministry of Agriculture and Livestock Information/Media Unit on;