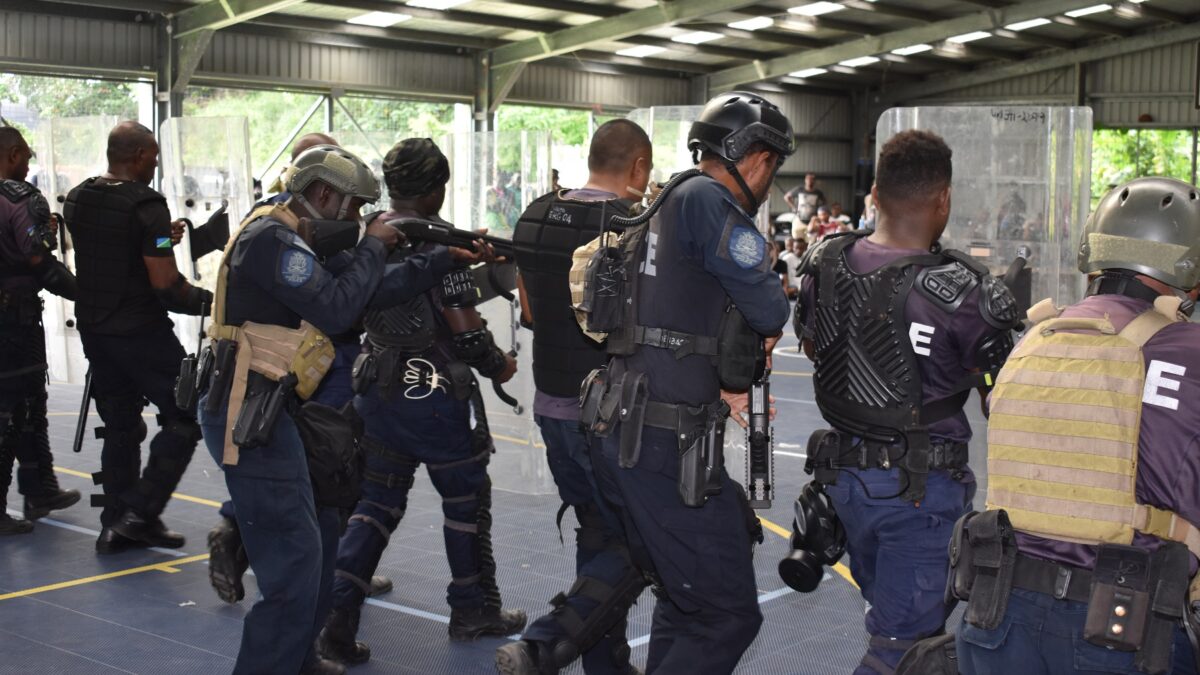 PRT and PSU during the training

PRT BOOSTED WITH POM TRAINING CONDUCTED BY AFP IN HONIARA 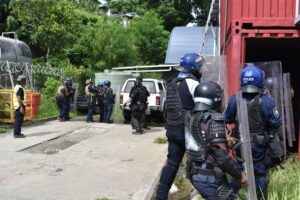 A team does a building entry as part of the training

The training is a simulate real life situation when multiple incidents happening at the same time in different locations.

AC Thugea says, “In this context, we enhancing the RSIPF capability in terms of training our officers in POM, the skills, tactics and knowledge they learn will be applicable when they go out and execute their duties when we have any disorder situation.”

Ms Thugea says, “The training provide officers the opportunity on what they expect when real situations arise, the training will boost officers confidence to confront issues of disorder.”

She says, “I would like to acknowledge AFP Specialist Tactical Group for the support rendered to our officers for this this training. It is a good training to refresh our officers and should there any situation arise we know exactly what to do.” 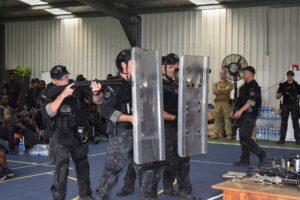 Group photo after the training 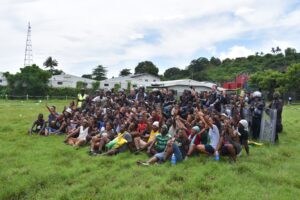 Group photo after the training

Newly recruit shoot the teams during the training with bottle waters 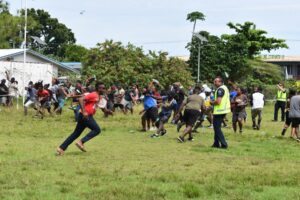 Newly recruit shoot the teams during the training with bottle waters 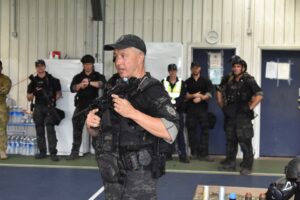 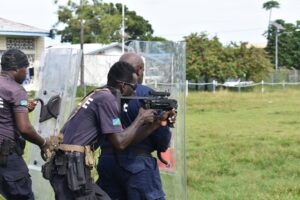