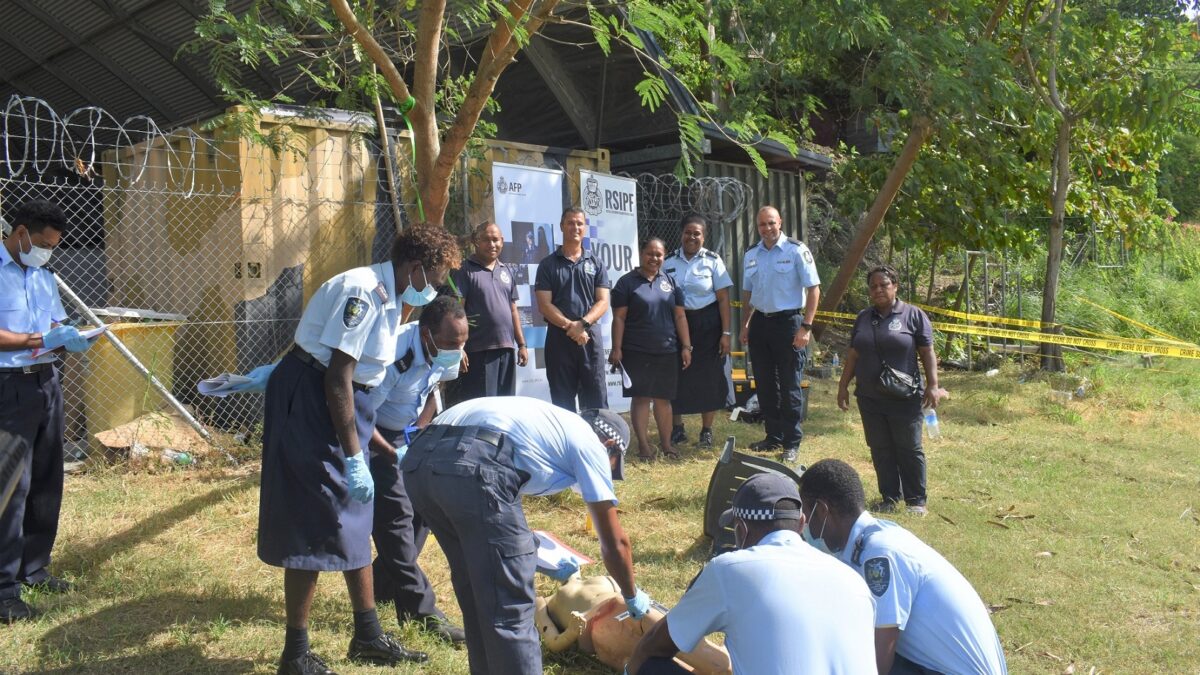 Trainers consider all possible evidence at the scene

Provincial police officers have now been trained as Forensic officers after graduating from the Forensics course held in Rove, Honiara on 10 to 21 May 2021.

Officer in Charge (OIC) Forensic Unit of the Royal Solomon Islands Police Force (RSIPF) Inspector (Insp) Laisalyn MUA says “Crimes committed in the provinces need to be examined by forensics officers  to ensure the people of the Solomon Islands receive the best service from their police force.”

Inspector Mua says, “The forensic officers will now return to their provinces and commence examining crime scenes with the support from the National Forensics Unit.”

Ms Mua says, “ I would like to thank the Australian Federal Police (AFP) through Solomon Islands Police Development Program (SIPDP) has supported the RSIPF in planning and conducting the training of the forensic police officers.  SIPDP through this partnership has provided the funding to enable forensic officers in the provinces to examine crime scenes and collect evidence.”

The training program was overseen by OIC Forensics and delivered by the Forensic training team Senior Sergeant Davies KUSAPA and Sergeant Minnie Leigh together with the SIPDP Advisor Forensics Ashley Williams. These trainers are qualified with vast policing experience and expertise in crime scene management and fingerprints.

The training has provided the RSIPF and the people of the Solomon Islands with the following benefits:

“RSIPF would also like to thank the AFP through the SIPDP program for the continuous support rendered to the RSIPF Organisation. In particular, the provinces, helping to train and equip the provincial forensic officers to provide forensic support to the people in the outlying provinces of the Solomon Islands,” says OIC Mua. 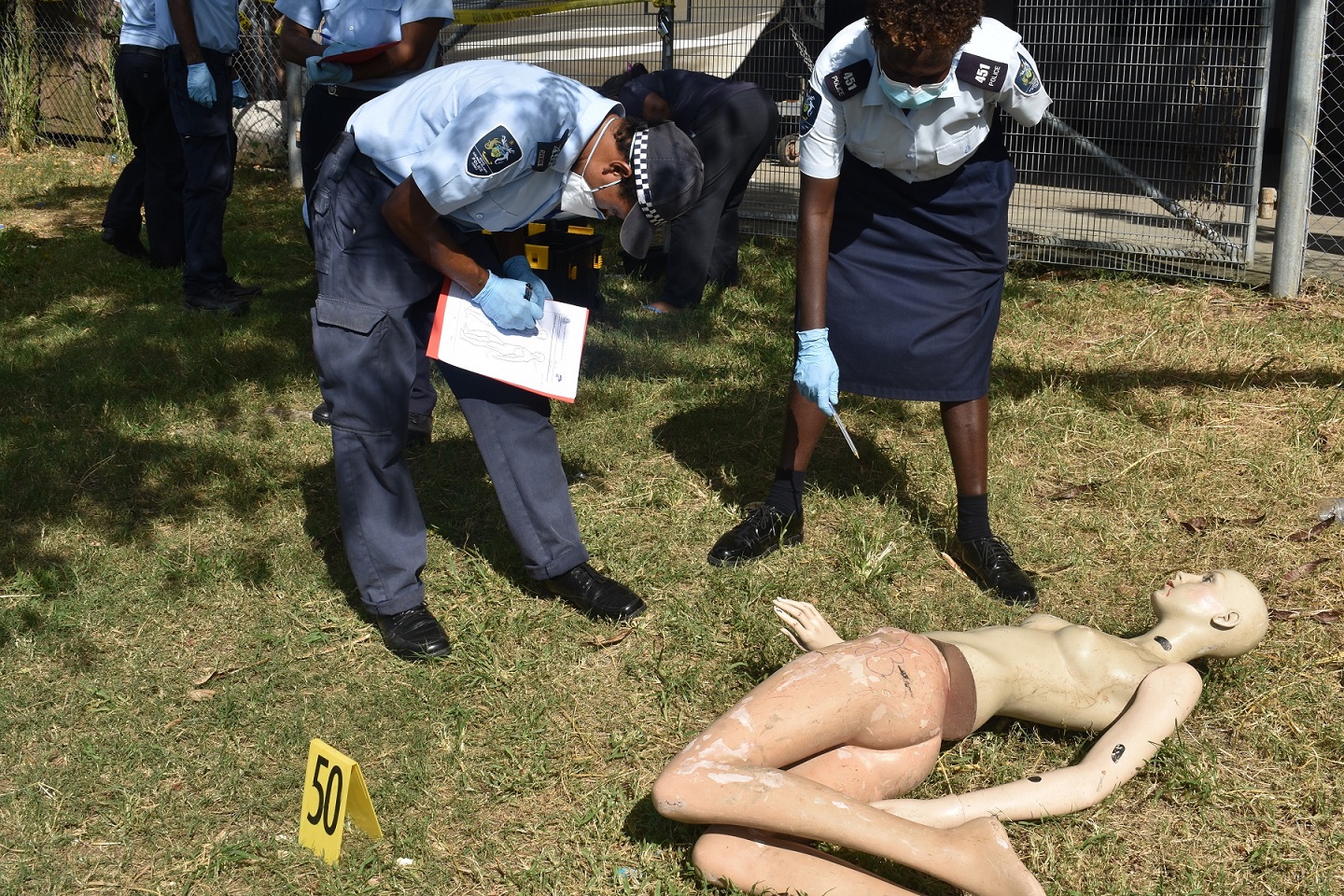 Injury interpretation on suspicious or non-suspicious 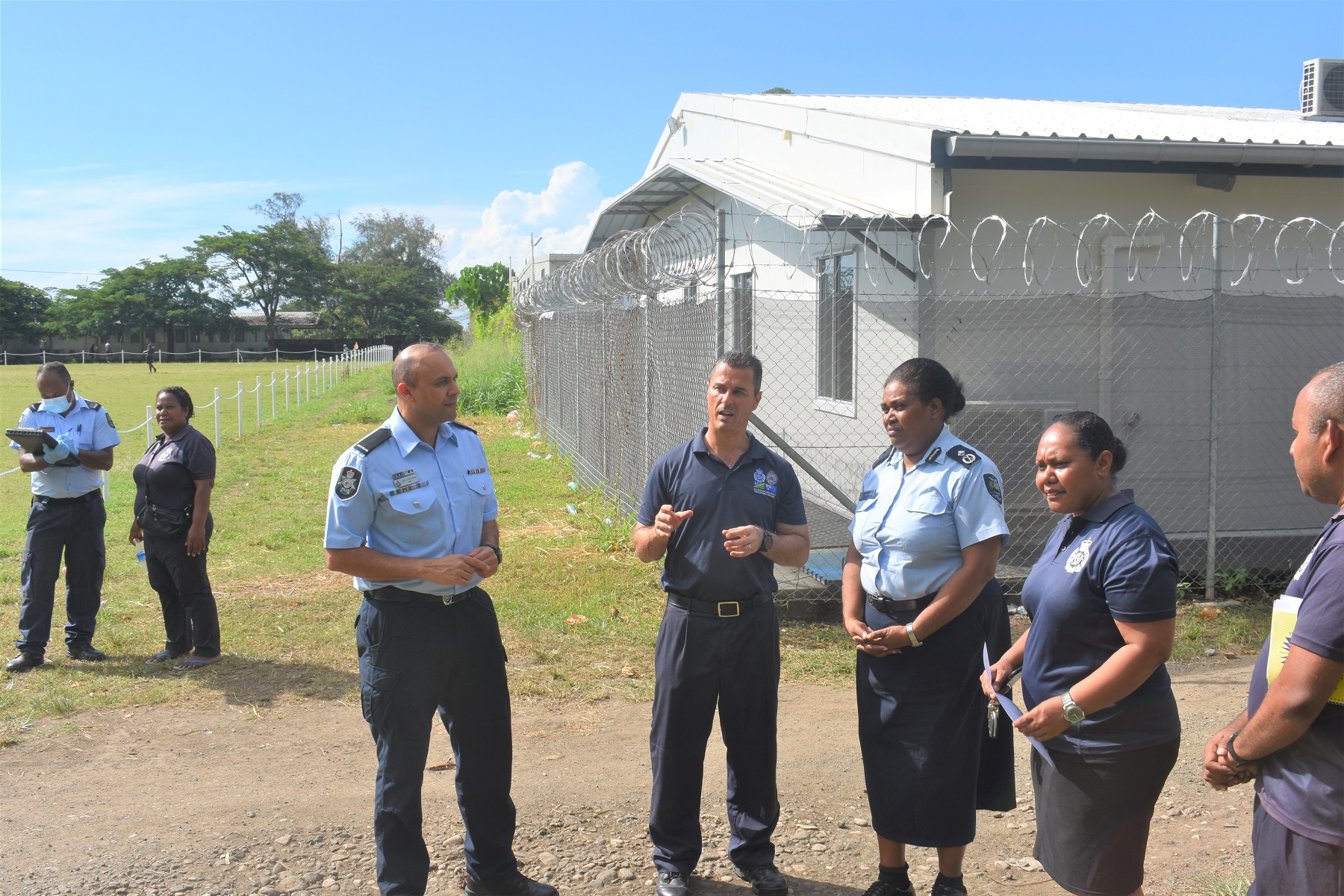 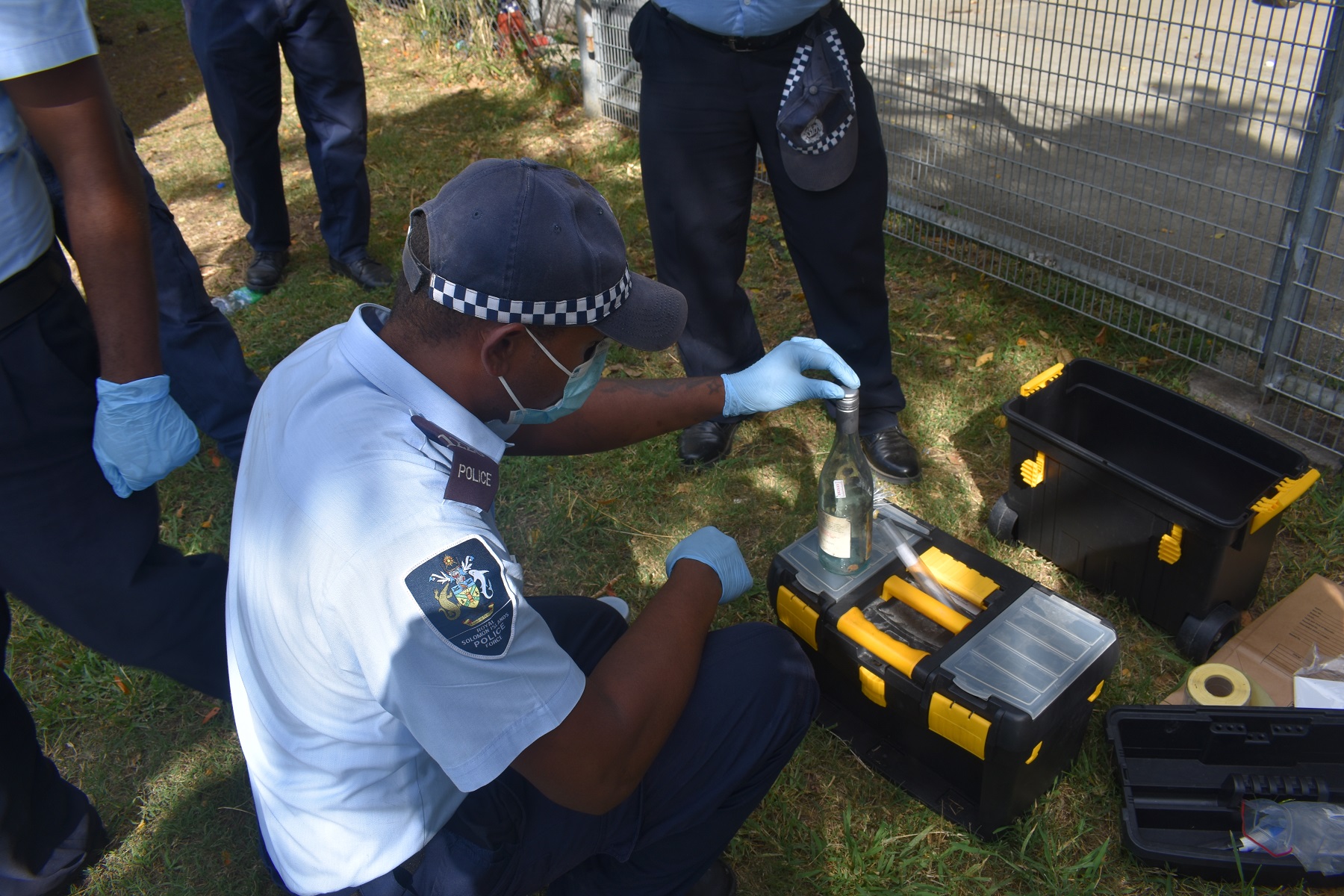