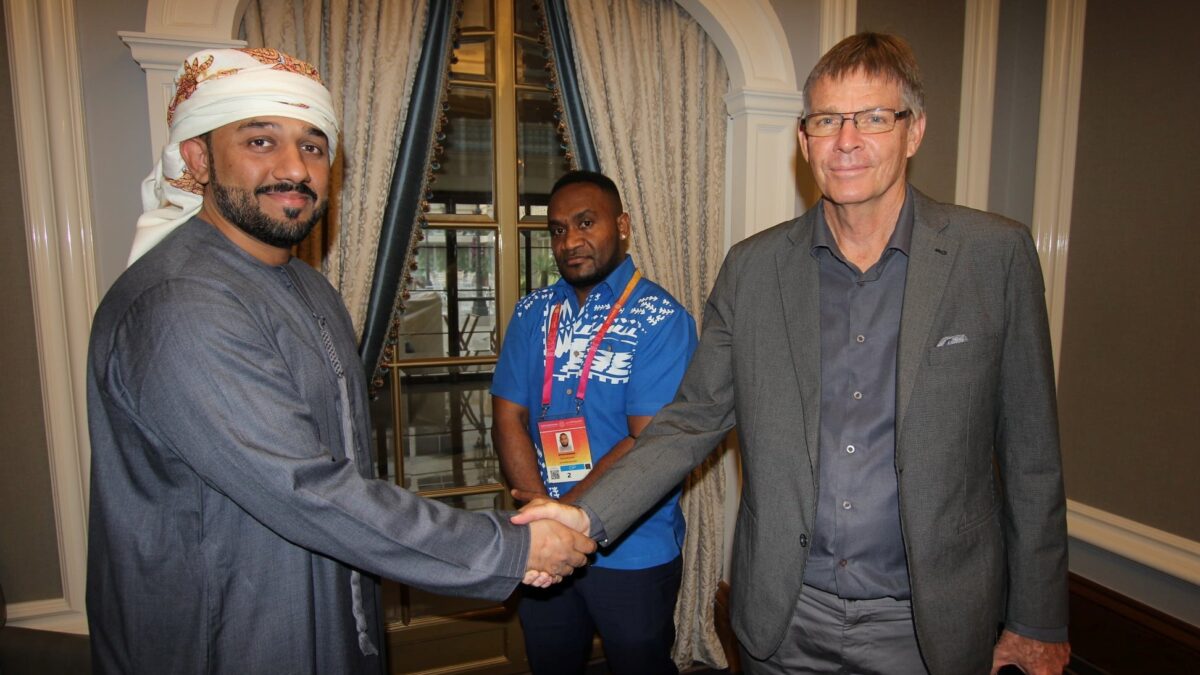 Managing Director of Kokonut Pacific Mr Bob Pollard has met with Products Pacific CEO Mr Ahmed Shak Ahmed at the Habtoot Palace Hotel in Dubai as part of the continuous expression by Emirati business entrepreneurs to establish business relations with product suppliers from the Solomon Islands.

The meeting which was initiated by Business Representative Bryan Keniasina, had resulted from the favorable responses from the thousands of visitors that have visited our Solomon Islands Pavilion since the opening of the Expo 2020 Dubai in October and who have expressed their satisfaction at the use of our Kokonut Pacific and SolTuna products.

Mr Pollard said that despite being a relatively small company, there were various business options which Kokonut Pacific plans to embark on in order to meet the demands of huge markets like the United Arab Emirates. He added that Kokonut Pacific has also rebranded its products under the KOSI.

Mr Keniasina thanked both Mr Ahmed and Mr Pollard for agreeing to pursue the possible business opportunities that was made available to them on the margins of the Expo 2020 Dubai.

As part of its commitment to further enhancing this business relationship, Products Pacific has proceeded with the design of its SolTuna and Kokonut Pacific promotional pamphlets.

Commissioner General Moses Kouni Mose said that such positive engagements between Products Pacific and Kokonut Pacific reflected on Solomon Islands presence at such large gatherings as the Expo 2020 Dubai.