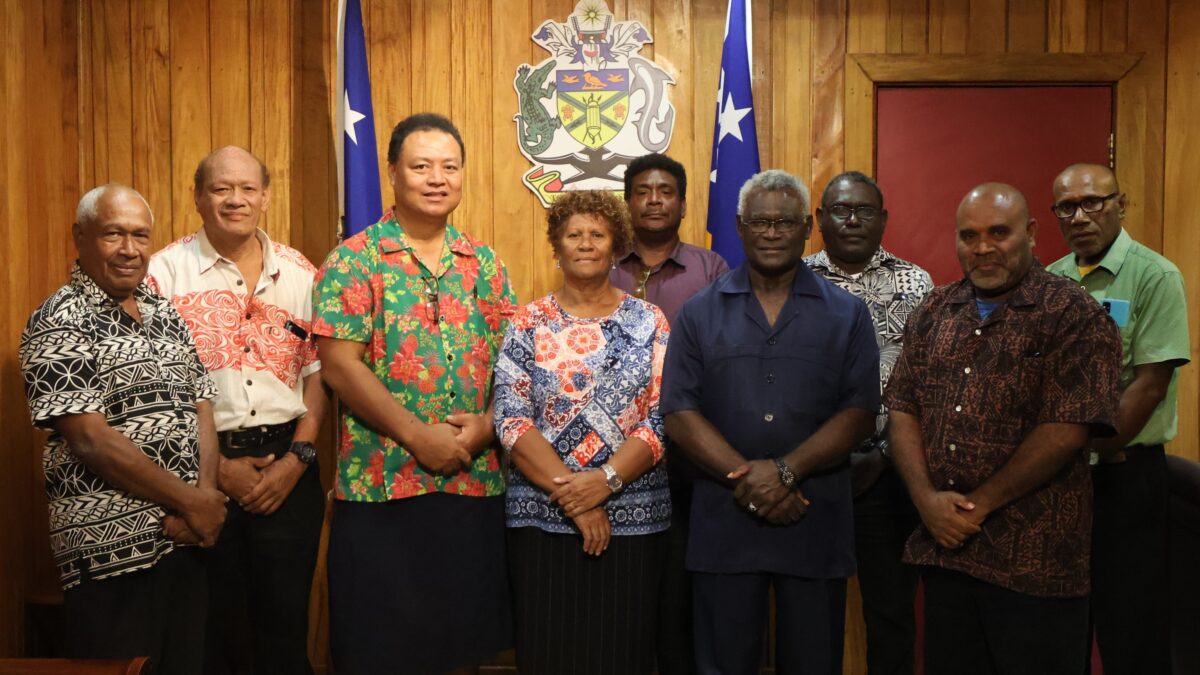 The absentee was the Premier for Guadalcanal Province who is on compassionate leave following the untimely death of a colleague Member of Provincial Assembly.

The Premiers’ were led by Premier for Temotu Province, honourable Clay Forau.

Malaita Province was represented by Deputy Premier Glen Waneta and the Western and Choiseul Provinces were represented by their respective Provincial Secretaries.

Forau, on behalf of the Premiers, acknowledged the Prime Minister’s strong leadership through the challenging period of COVID- 19 and the November riot of 2021.

Forau briefly outlined two issues that provincial governments put to the PM’s notice and they are; the delaying of the National General Election- whether or not it affect Premiers as well and ward boundaries- for fair representation some bigger provincial wards are recommended to split up.

Prime Minister in response to the issues, highlighted the reasons for the delaying of the NGE adding, the delay of the election will also affect all the Provinces except for Western and Choiseul Provinces who will go to the polls soon.

PM Sogavare adds, elections of both Provincial and National Governments are to be held at one time and this is part of the electoral reform to synchronise the provincial and national elections.

The Prime Minister went into detail on the challenges of having more wards versus the challenge of making the Provincial Government Act more effective.

He strongly emphasized that more devolution of powers should be made to Provincial Governments to allow them to provide services at the provincial level.

The Prime Minister also commented on the proposed 15 percent revenue sharing, saying the revenue sharing will have to be committed with foregoing of services to the provinces.

Both PM Sogavare and the Premiers agreed that a meeting dedicated to strengthening the Provincial Governments must be set aside.