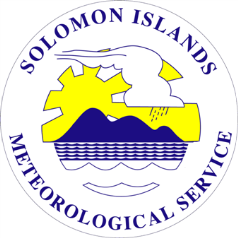 Incidences  at sea involving small crafts is a common occurrence in the Central Province. Therefore, as head of the provincial government, I’m pleased that you have taken this very important initiative to educate our people on the weather-related hazards at sea and possible actions to take should they become involved in one.

This is a statement made by the Premier of Central Province Mr. Stanley Manetiva during a courtesy call by officials from the Solomon Islands Meteorological Service (SIMS) in the Ministry of Environment Climate Change Disaster Management and Meteorology this morning 5th October 2021who are in Tulagi to conduct a weather workshop for small craft operators.

Premier Manetiva said Central Province whose people commute using small crafts within the province, and to and from Honiara on a daily basis, it is important that all small craft skippers must know about the services provided by SIMS.

Later during the day Premier Manetiva also sat in as a workshop participant and made the observation that the timing of the workshop cannot be more appropriate given we are now closing in on the country’s cyclone season, which starts next month.

He reminded small craft skippers to take seriously the information presented during the workshop. He said these kind of information will help them make decisions that can make the difference between life and death.

Responding to the Premier, Director of the Solomon Islands Meteorological Service MDavid Hiriasia thanked the Central Provincial Government for seeing the importance of weather and early warning services, and for allowing the workshop to take place in Central Province as part of SIMS outreach to provinces.

Mr. Hiriasia said at the end of the workshop a flag-based warning system will be installed to forewarn small craft operators of the current weather conditions.

The system will involve the raising of a red flag to warn people of bad weather and a blue flag to indicate fine weather. Central Province will be the first to trial out this system and it will be rolled out to other provinces as well.

The workshop will end on Wednesday 6th October 2021.