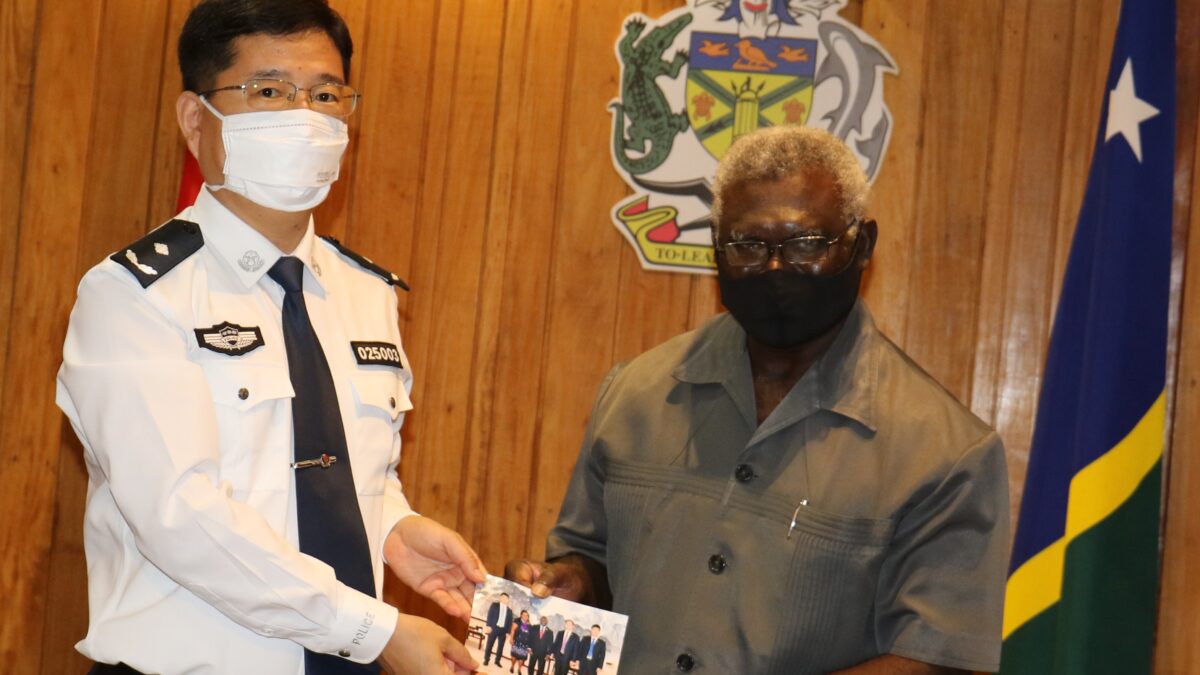 The People’s Republic of China’s Ambassador to Solomon Islands His Excellency Mr. Li Ming has made a courtesy visit to Prime Minister Hon. Manasseh Sogavare.

During last Friday’s visit, His Excellency Li Ming introduced to Prime Minister Sogavare, leaders of the ‘China Police Liaison Team’ who are in the country under the Police Cooperation program between Solomon Islands and the People’s Republic China.

“Their coming is based on Police Cooperation between Solomon Islands and People’s Republic of China to assist strengthen the Royal Solomon Islands Police Force capabilities and training on Police equipment. This is important in the interest of National stability and development. We are very happy to play a role in this key area,” Ambassador Ming stated.

Under the Police Cooperation and inline with COVID 19 regulation, the team of 9 Police Liaison experts have completed their quarantine period and are now making considerable progress in supporting the Police force. 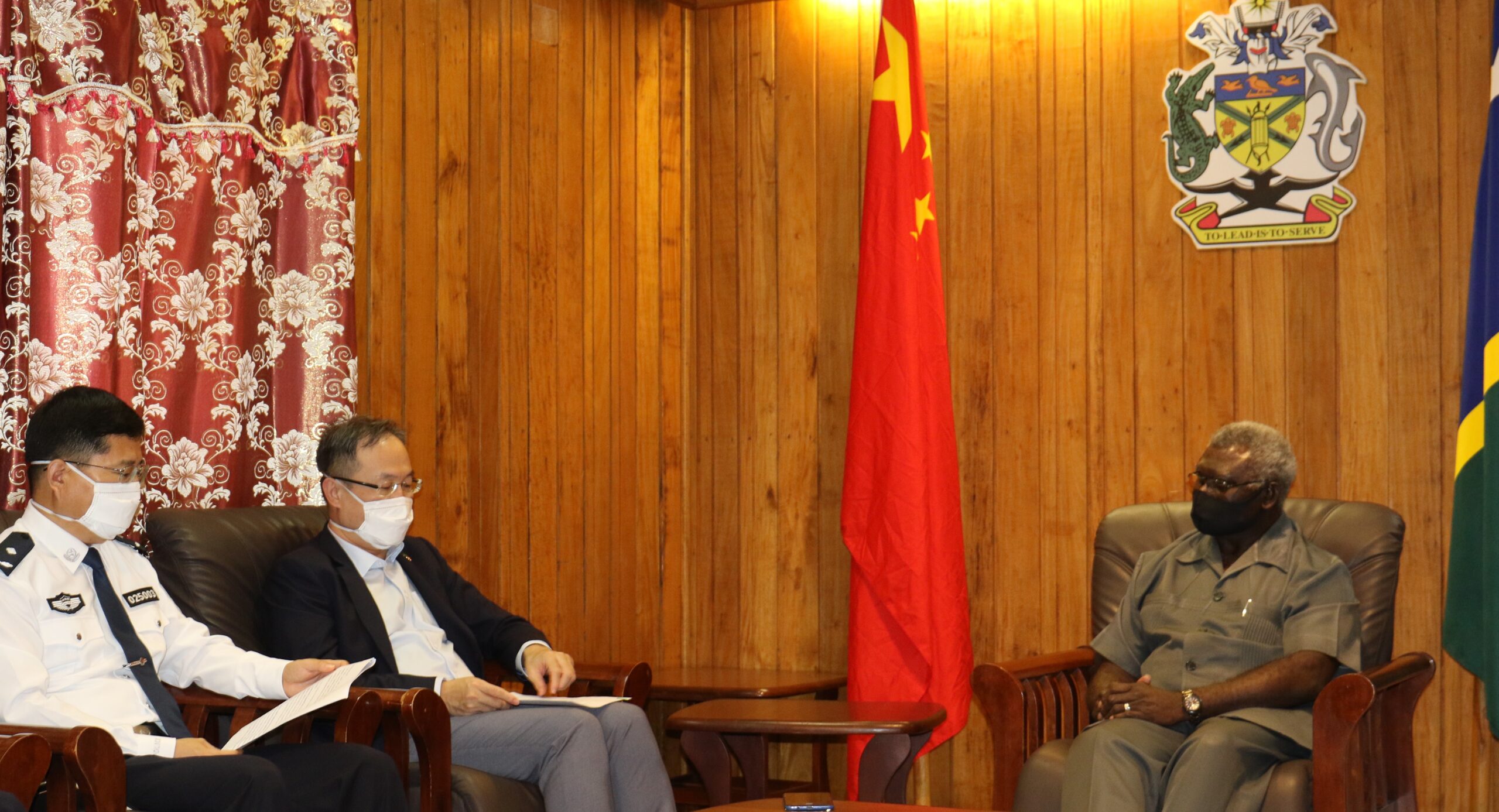 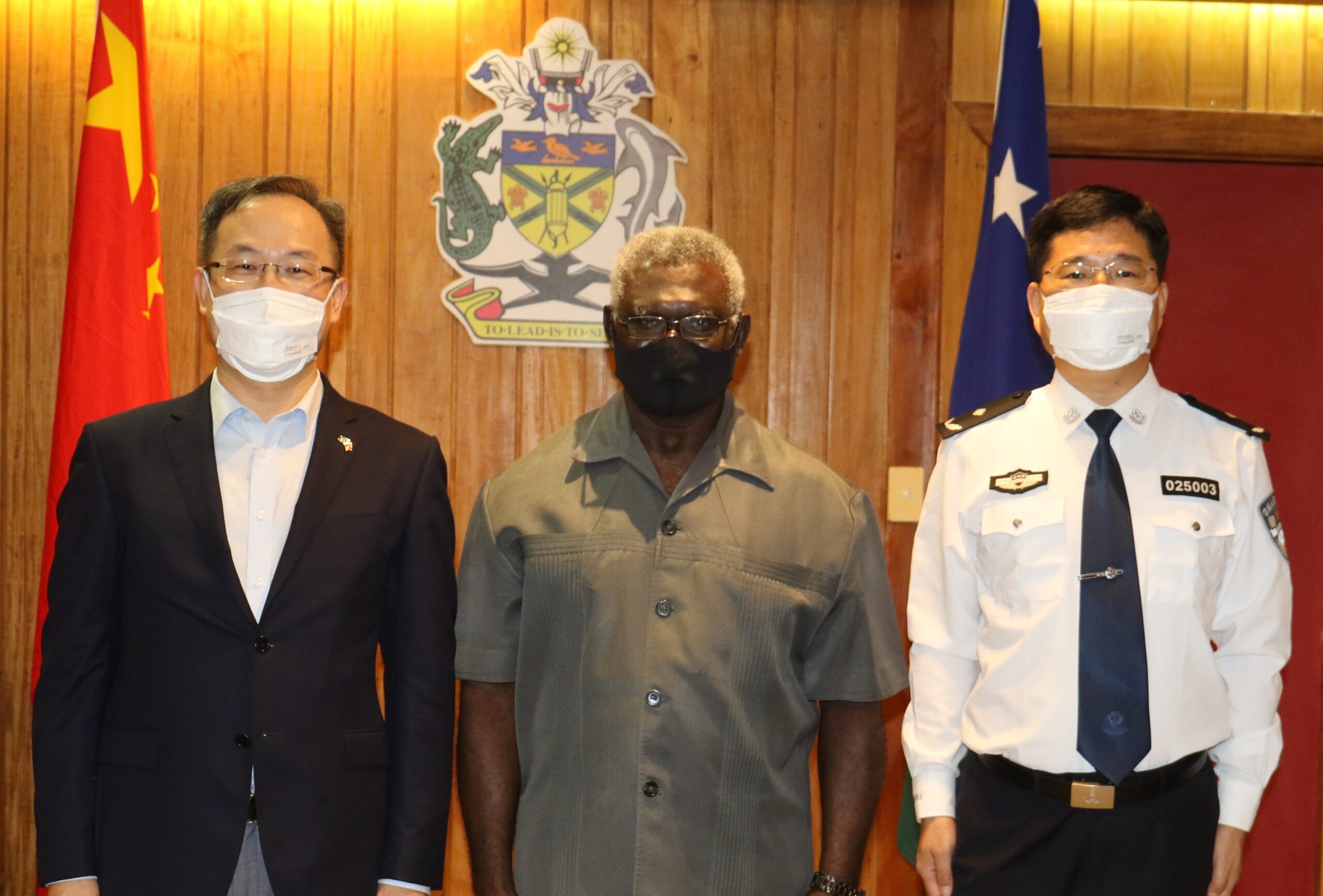 Leader of China Police Liaison Team, Zhang Guangbao briefed Prime Minister Sogavare that his team will work side by side with RSIPF to protect the common interest of the peoples of both countries.

Mr. Guangbao stated, the experts will uphold the spirit of transparency, inclusiveness, professionalism, efficiency, Law enforcement stability and respect for the government and people of Solomon Islands.

Prime Minister Hon. Manasseh Sogavare was overwhelmed with the advancement of the Police Cooperation program between the two countries.

“Our relationship is only 3 years old but we’re moving miles in implementing MOUs between our two countries especially in Police Cooperation,” said the Prime Minister.

He said, Law and order and National Unity need supporting strategies and so training that will be derived from this cooperation is very important for national social and economic stability.

Thank you for the anti-riot equipment and COVID support received by the RSIPF he added.

PRC is also investing in other projects- SPG Stadium, NRH project, water treatment and others in the country.

Since establishing diplomatic ties in September 2019, Solomon Islands and People’s Republic of China have enhanced people to people engagement, cooperation, exchange of knowledge and trade.