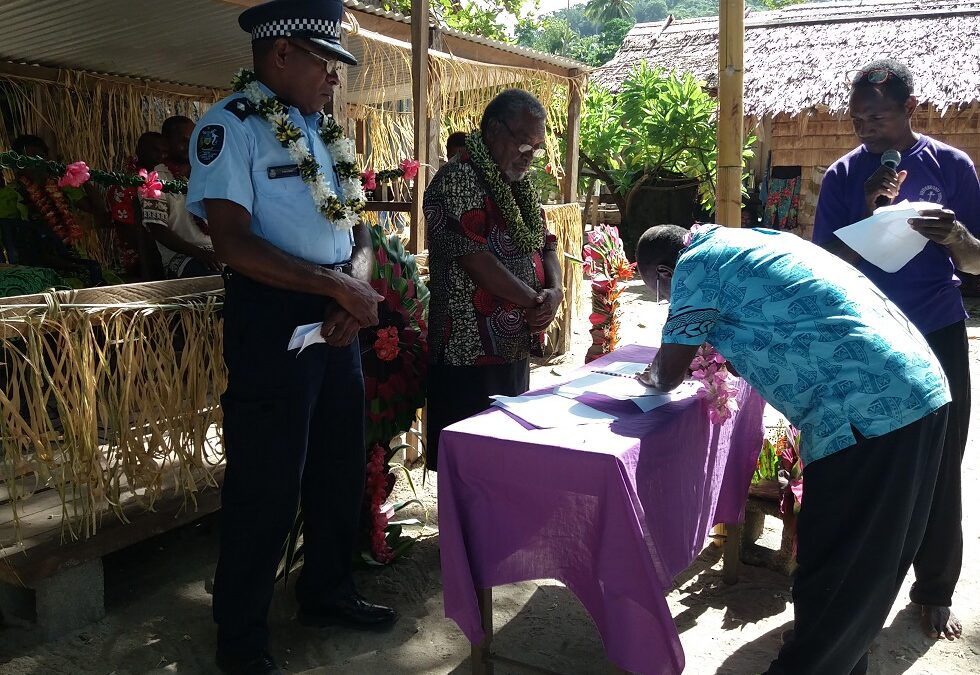 Officers of the Royal Solomon Islands Police Force (RSIPF) at the Kirakira Police Station in Makira-Ulawa Province have witnessed the launching of Herenigai and Anuata communities by-law in west Makira on 28 and 29 June 2021. 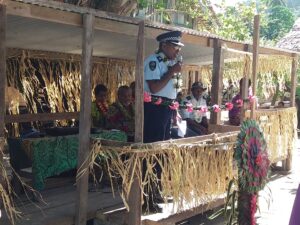 Speaking during the launching at Herenigai village, Hon. Jackson Sunaone and Member of Provincial Assembly (MPA) for ward 5 thanked the community leaders for their initiative in supporting the police and provincial government to have their own bye-law. By-law is not new approach to the people of Solomon Islands. Before western system was introduced, people already have them in place as measure to maintain law and order in our communities.

Provincial Police Commander (PPC) Makira-Ulawa Province, Superintendent Peter Sitai says, “The launching of the community by-law marks a milestone for the communities of Herenigai and Anuata. I want to acknowledge the chiefs, elders, committee members and people of both communities for the great work that all of you have done by initiating the by-law. This will really help the RSIPF maintain law and order in these communities.”

“It is good that people begin to understand the roles and responsibility of policing work carried out by the RSIPF. This is to ensure that all citizens of Solomon Islands are safe and secured from criminal activities. I encourage all community leaders to further communicate the importance of By-law down to the youths and children as they are the new generation that need to fully understand the by-law,” says PPC Sitai.