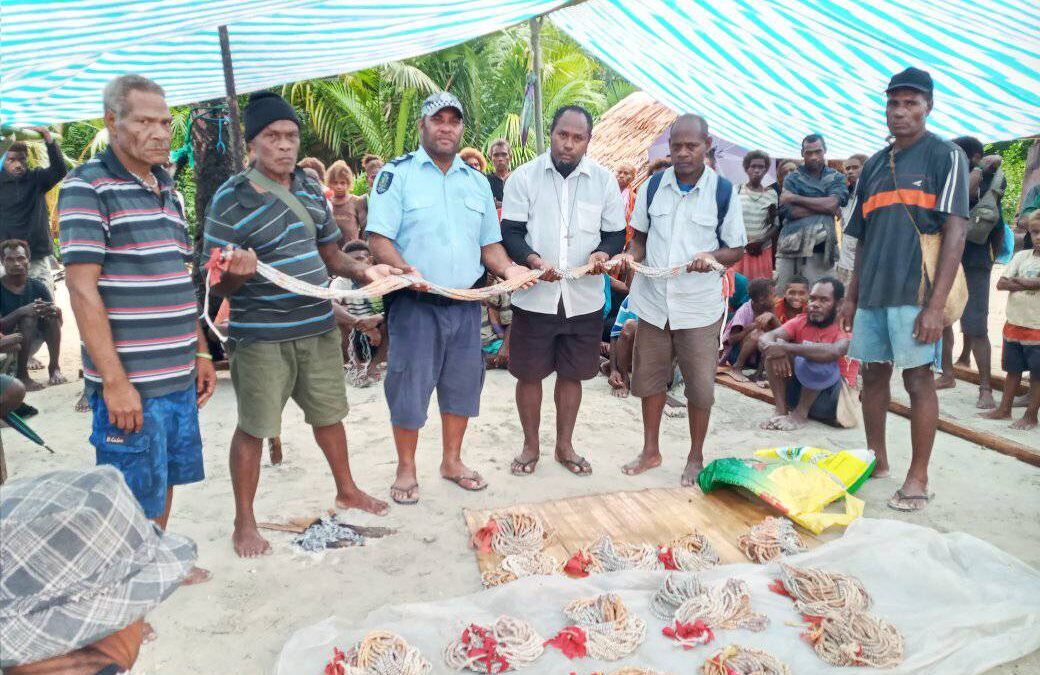 The compensation ceremony was done peacefully and attended by members of both parties.