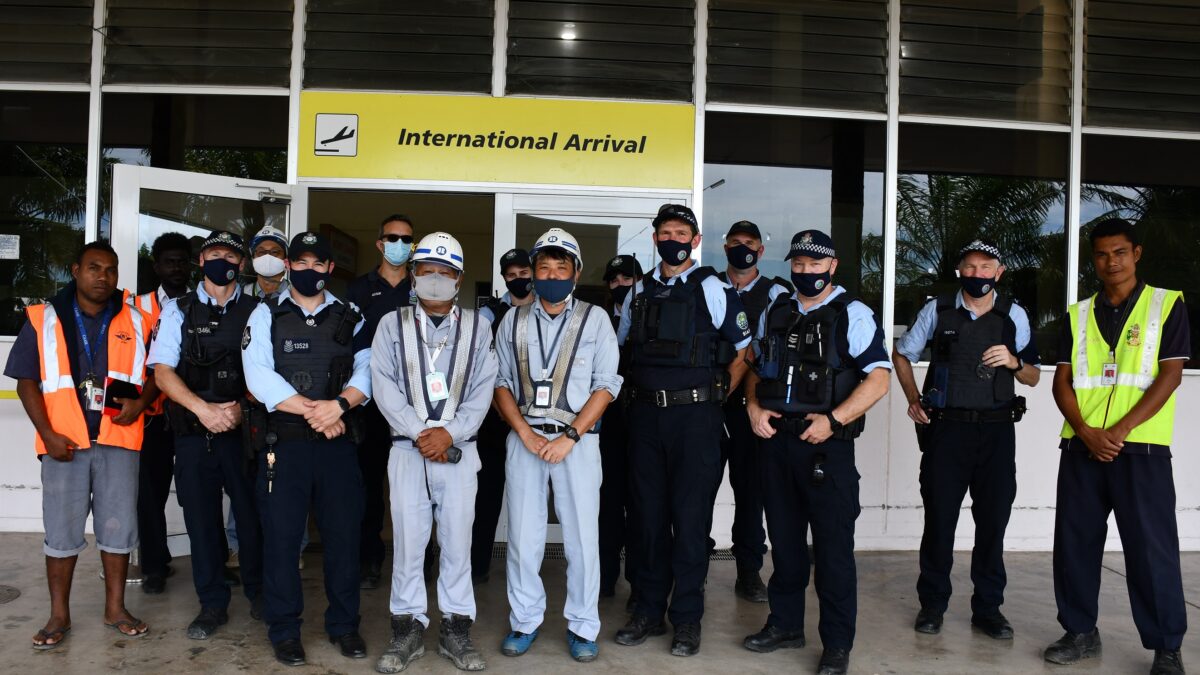 AFP, SIAF and RSIPF officers posed for a photo with Kitano Construction Company employees and Henderson airport staff during their visit to the new Honiara International Airport terminal. 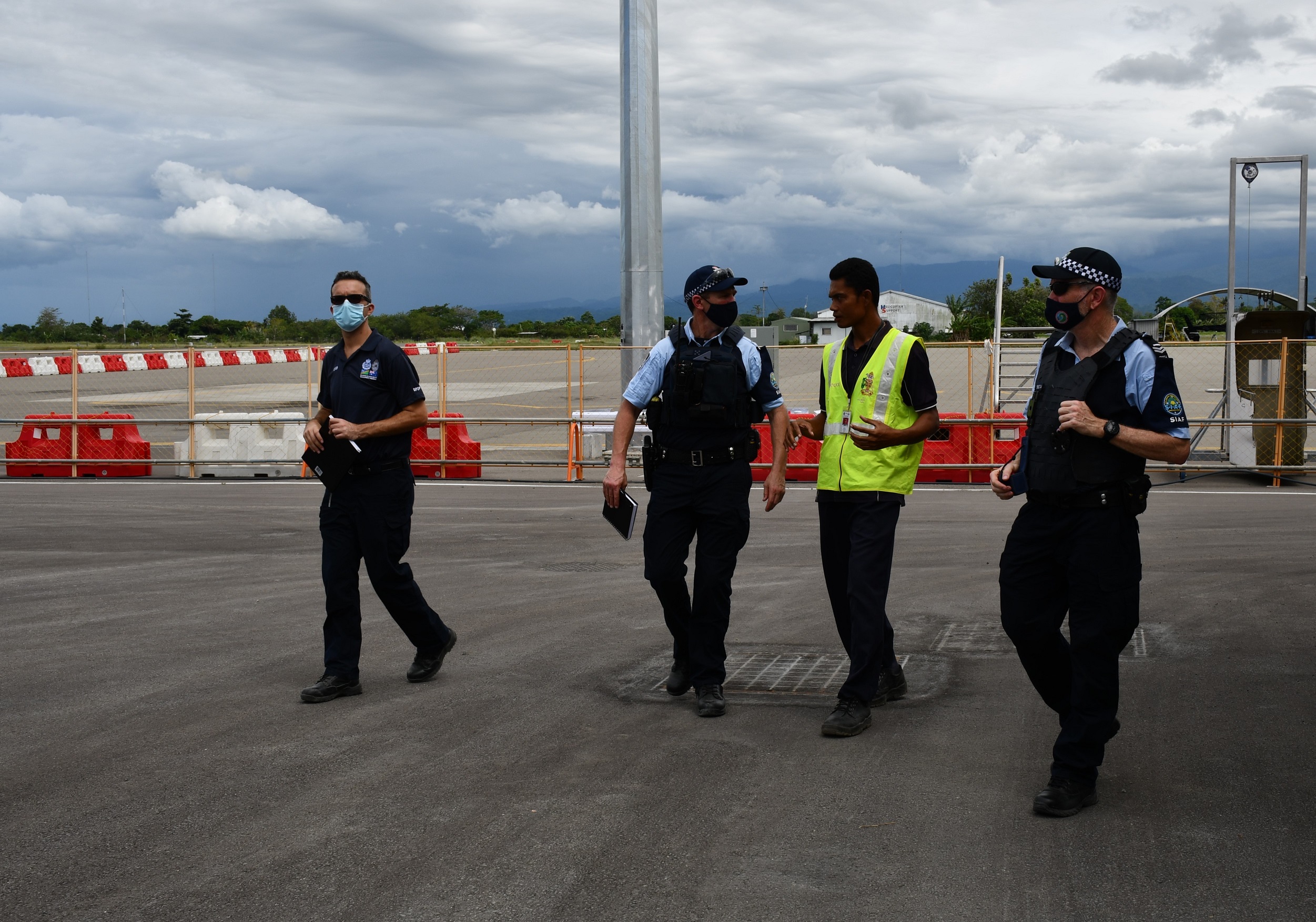 AFP, SIAF and RSIPF members at the new Honiara International Airport terminal during their tour to the facility. 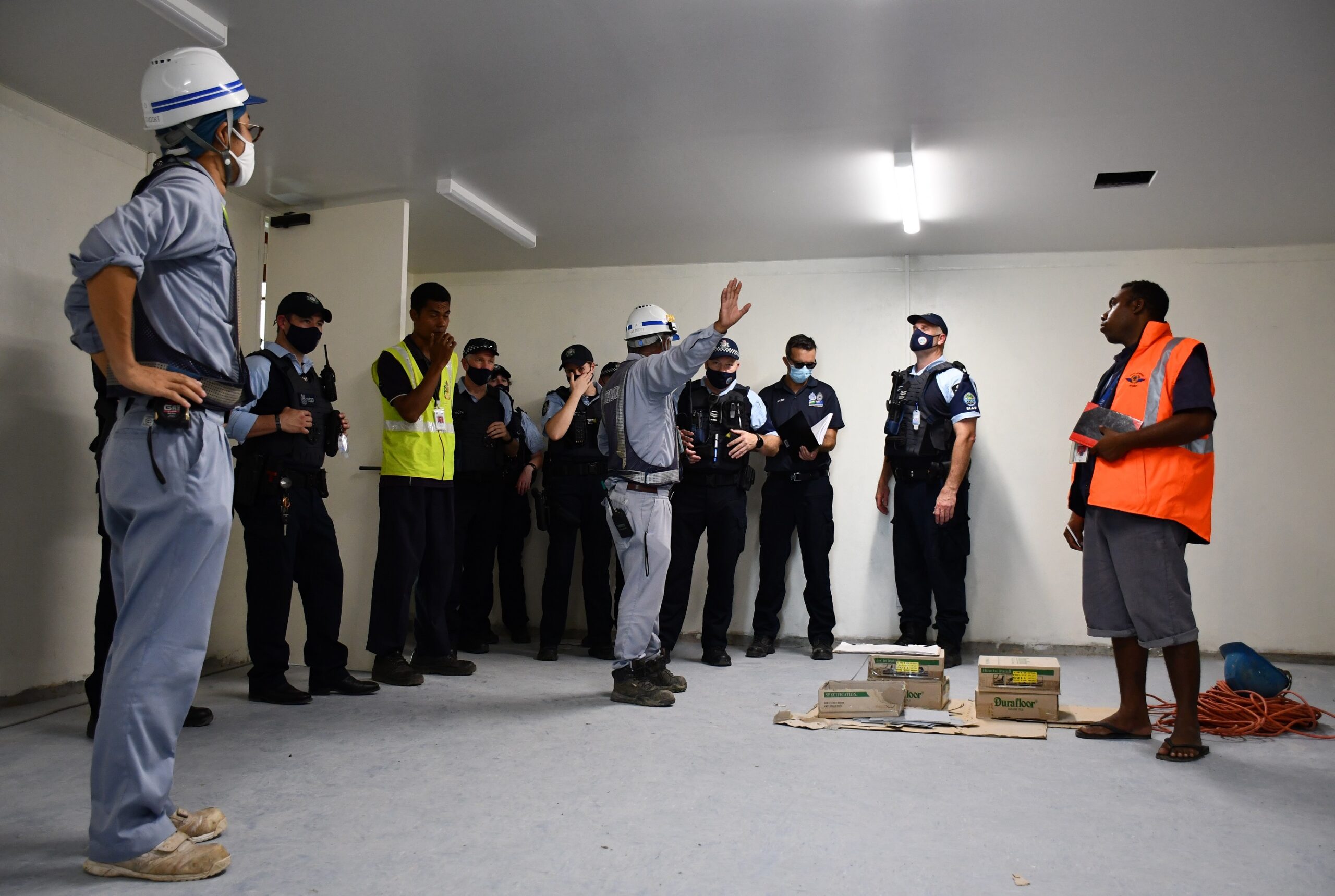 The new terminal, which is nearing completion, is situated on the Western end of the current international terminal.  The facility is part of the country’s preparations for the Pacific Games in 2023.  Kitano Construction Company employees on the site led RSIPF and AFP officers for the tour around the facility.

AFP Inspector for SIAF Operations, Mathew Lyddiard, was impressed with what they saw and highlighted the importance of the engagement with RSIPF officers who are stationed at the Henderson Police Station and employees of Kitano Construction Company.

Inspector Lyddiard said the visit with RSIPF to the new terminal has provided the opportunity to get a feel of the aviation security environment there.  The provision of safe and secure movement of people and freight through the new terminal will be very important, particularly during the Pacific Games.

“It is excellent to have a first-hand look at the enhanced security infrastructure and see how the security arrangements will occur for the athletes and VIPs travelling to Solomon Islands for the Pacific Games in 2023,” Inspector Lyddiard said.

“I want to thank AFP and SIAF for their continuous support rendered to my officers so far. SIAF officers have been conducting joint patrols in the inner and also outer perimeter of the airport, which assists with heightened security, in partnership with the RSIPF” Chief Supt. Kuma said.

He said SIAF officers and RSIPF have been working closely together during arrival and departures of flights, and this will continue leading up to the Pacific Games.

“I look forward for future cooperation between RSIPF, AFP and SIAF especially during upcoming events such as the Pacific Games next year,” Chief Supt. Kuma said.

He added he looks forward to seeing SIAF officers supporting the RSIPF with training to sharpen their capabilities in preparation for operations and major events ahead.