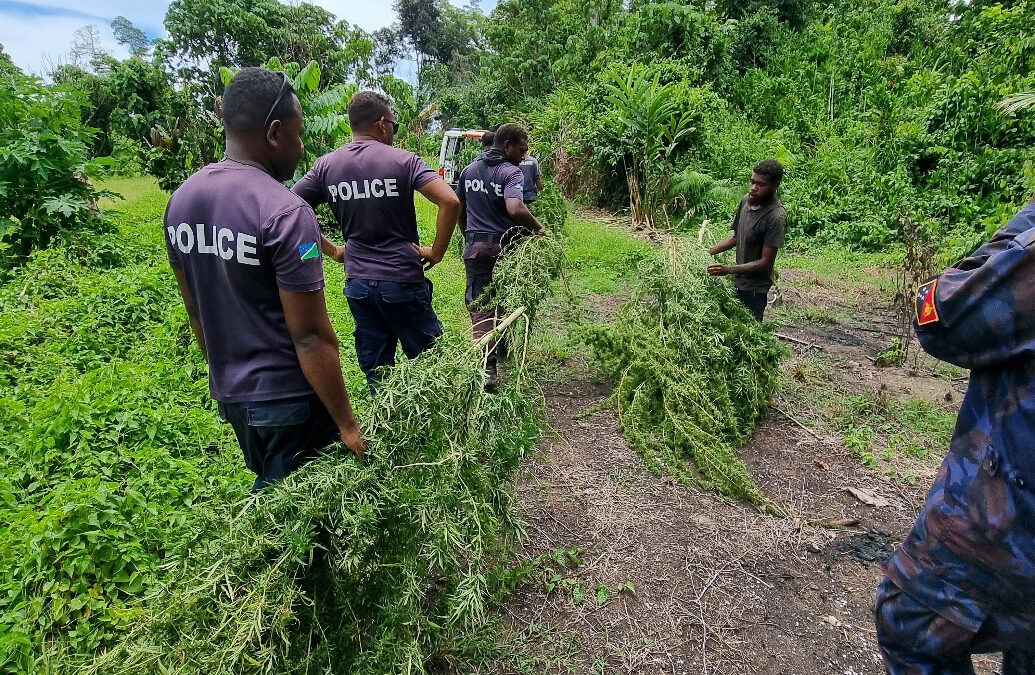 Police officers at the Marijuana garden in Ruavatu area

A joint Operation between the Royal Solomon Islands Police Force (RSIPF) and Royal Papua New Guinea Constabulary (RPNGC) after they have successfully uprooted a total of more than 160 marijuana plants at Ruavatu area last week.

During the operation to uproot the marijuana a 22-year-old-male suspect was arrested and placed in police custody. 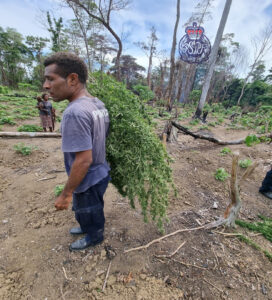 A police officer with an uprooted marijuana plant

PPC Kuma says, “The operation into uprooting of the illegal plants was successful because of the assistance from members of the communities around the location of the marijuana garden. I really appreciate the support of these communities.

Chief Superintendent Kuma says, “Chiefs and community elders were very pleased with the operation and they appealed to police to do more raids to get rid of the marijuana plants being planted in the Guadalcanal Plains.”

Mr Kuma says, “Police need the assistance of the members of the communities to get rid of this illegal plant which continues to cause a lot of social problems to our people.”

He appeals to everyone who has information of the whereabouts of any marijuana garden in the Guadalcanal Plains or any to report it to police and we will do all we can to make our community safe,” PPC Kuma emphasizes.

Police calls on members of the communities in North East Guadalcanal including village chiefs, church leaders, women and youth leaders to assist police identify those responsible for planting gardens of marijuana in the Ruavatu area which have been uprooted on Friday 2 November 2022.