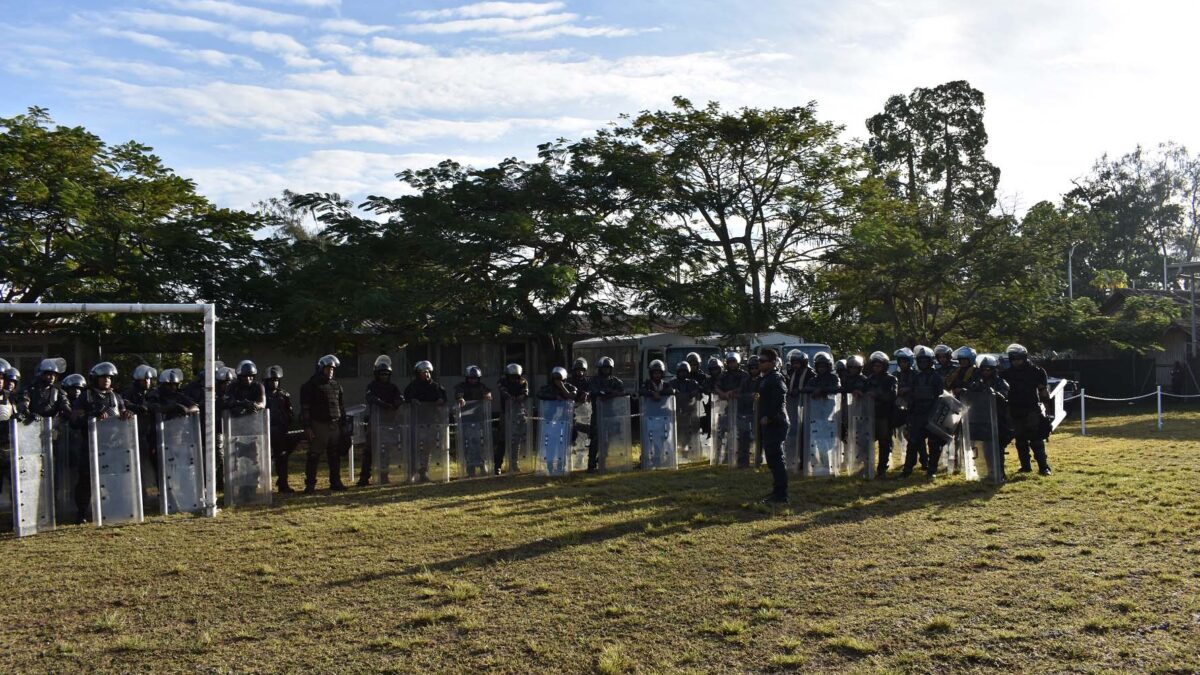 An instructor speaking to the PSU team

Officers of Royal Solomon Islands Police Force (RSIPF) in Honiara will conduct a High visibility presence to monitor the situation in Honiara after a protest was planned to happen today 12 August 2021.

Supervising Director National Response Department (NRD) Inspector Elvis Manakako says, “The high visibility presence is to reassure the general public that the RSIPF is fully prepared to deal with any breach of peace. Furthermore RSIPF will not tolerate any anti-social behaviour or individuals who want to take law into their own hands.”

Director Manakako says, “The high visibility deterrence patrol will be conducted this morning within the township area in a convoy format utilizing vehicles. The convoy will depart Rove police headquarters down to west Honiara as far as Tanagai School. On return, the convoy will head east as far as Henderson area. On return from eastern Honiara teams will split into their allocated staging areas.”

“RSIPF appeals to the general public not to panic or fear if they see the high visibility presence of the police. I appeal to the public to remain calm and assist RSIPF with any information. RSIPF also wants to assure schools, business houses, residents of Honiara and the Government that we will ensure that peace and stability is maintained at all times,” says Director Manakako. 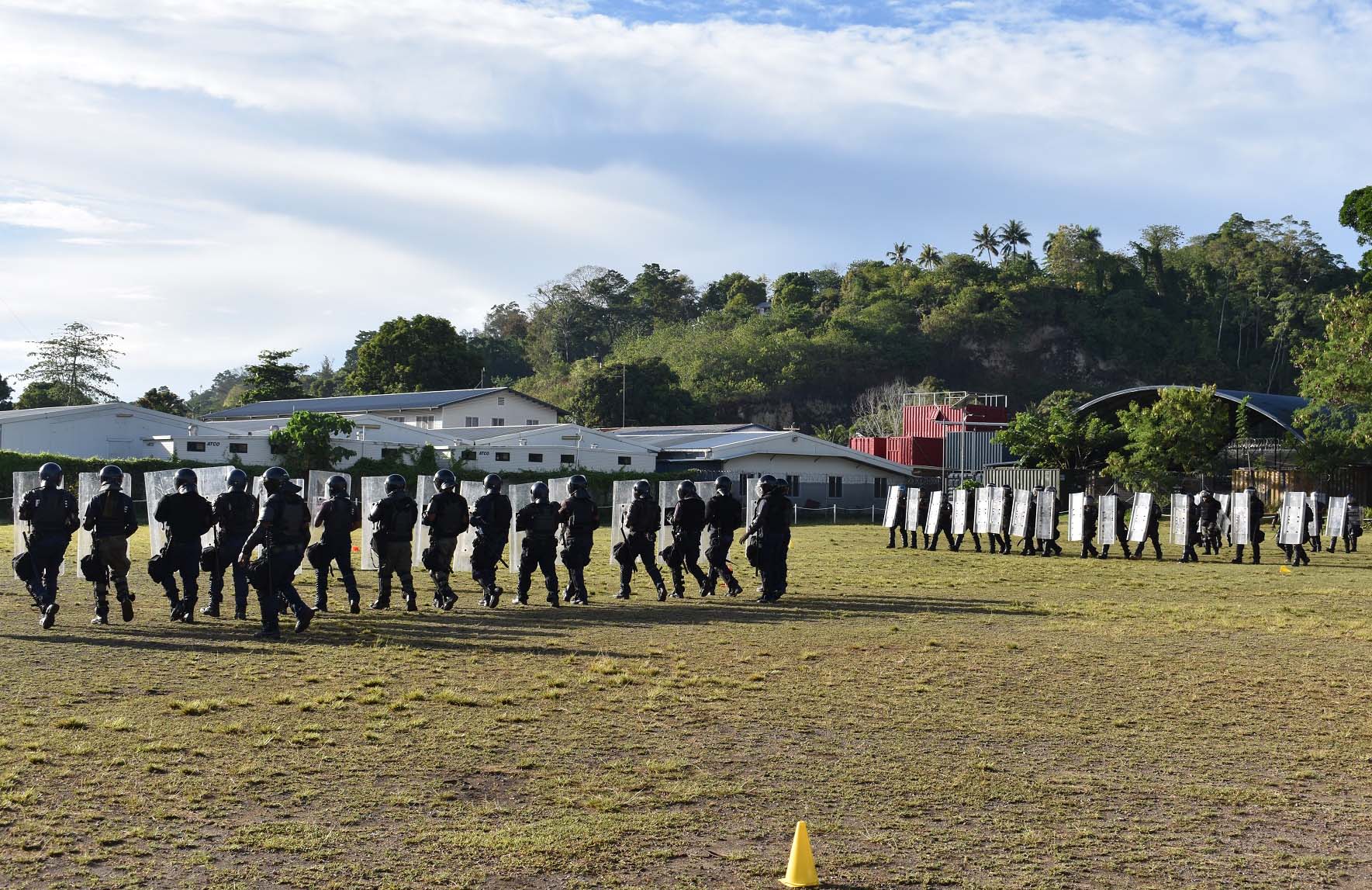 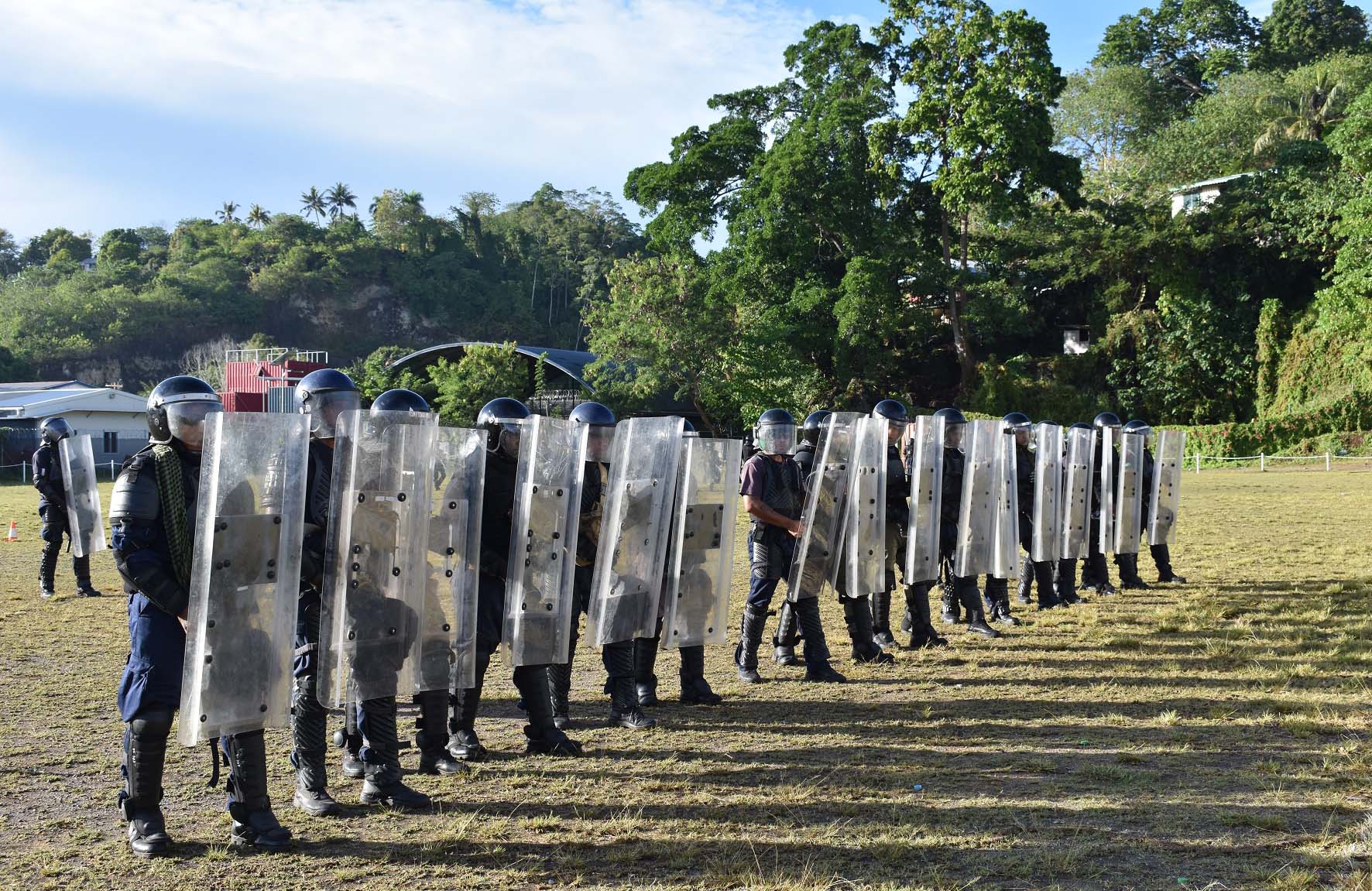 PSU officers standing with their seals 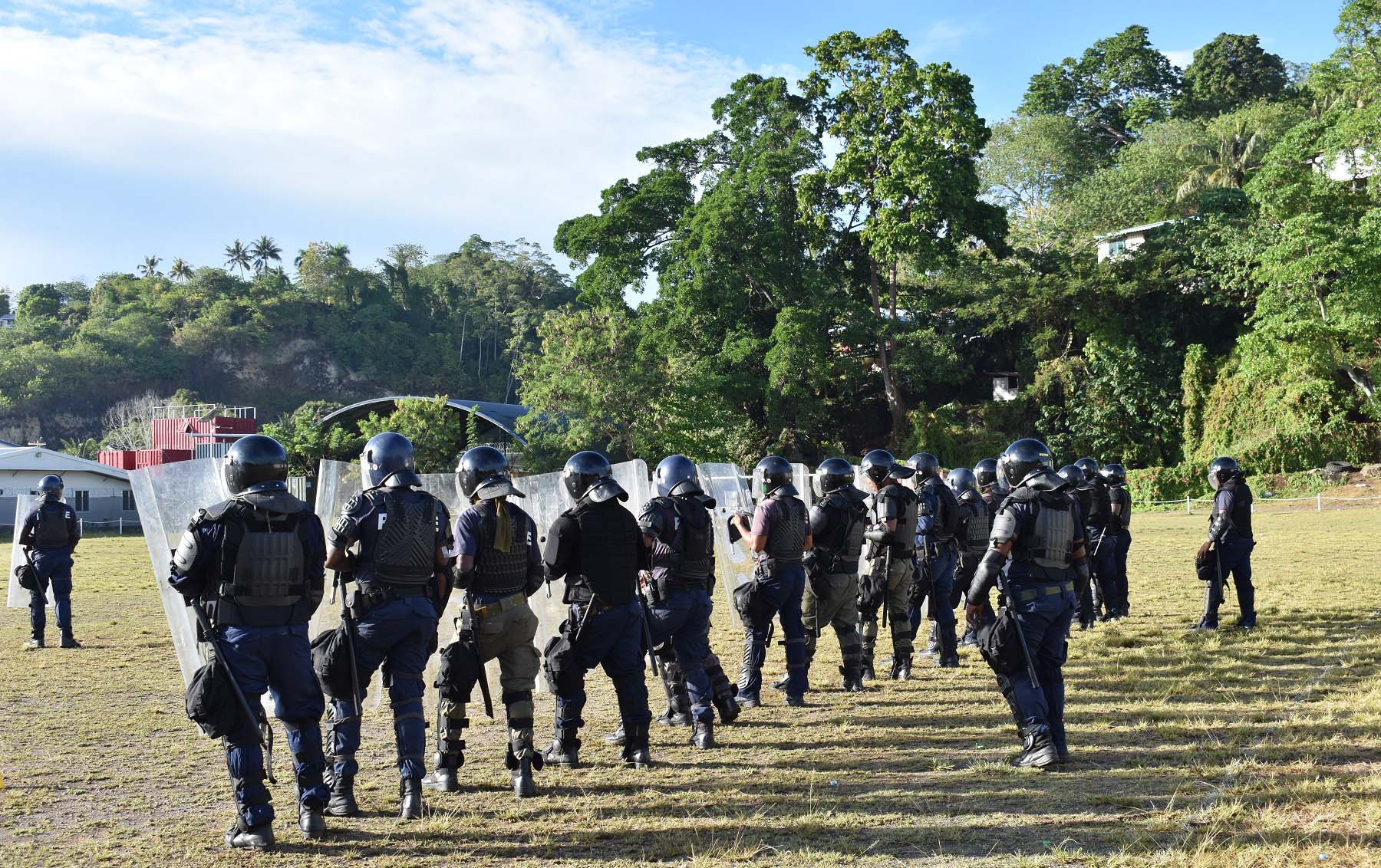