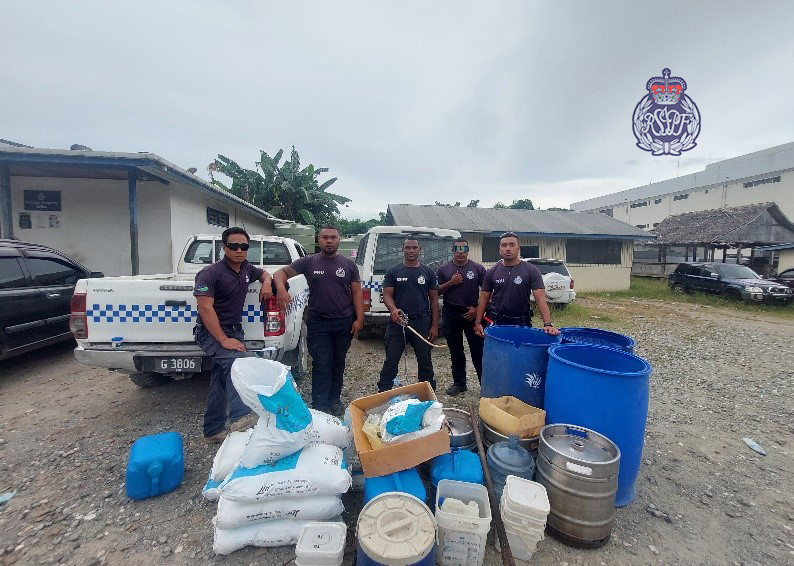 Supt Robo says, “When the operation support team arrived at the location the suspect had already escaped and a search was conducted at the suspect’s home.”

PPC Robo says, “Every confiscated item was brought to Central Police Station and called on the suspect to surrender himself to police as the case has now been established for further investigation.”

“To curb crime in our community is everybody’s responsibility therefore any person brewing kwaso or selling marijuana in our communities must be reported to the police to stop such habits that can lead to bad influence,” says PPC Robo.