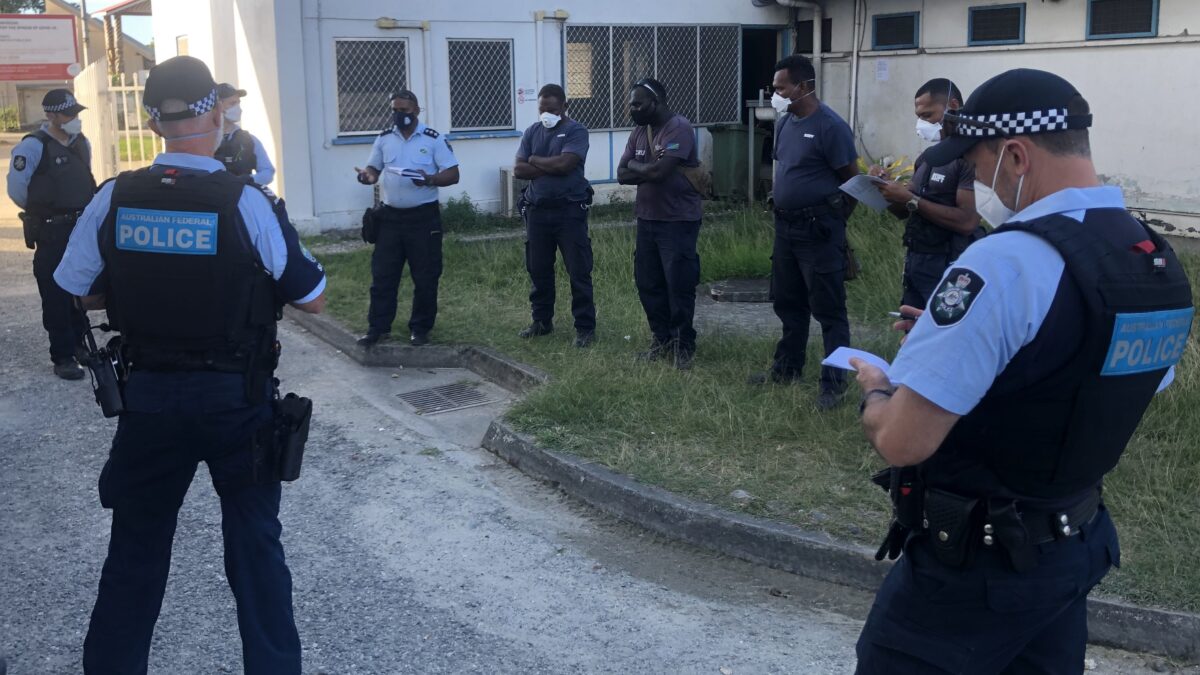 RSIPF and AFP officers during their operation. 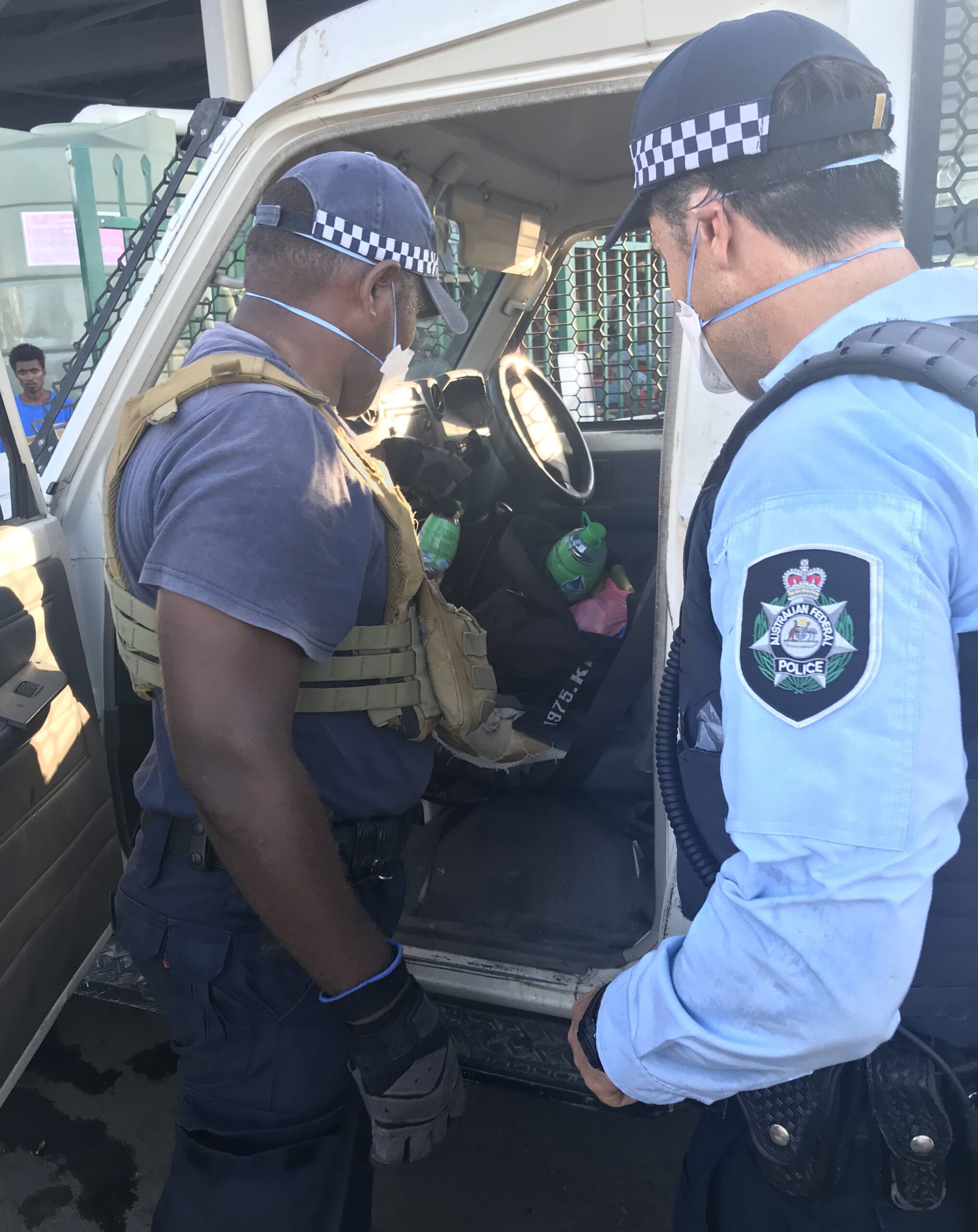 RSIPF and AFP officers checking on a suspected vehicles during their joint high visibility operation in Honiara on Friday 20th May.

The Royal Solomon Islands Police Force (RSIPF) and the Australian Federal Police (AFP) conducted a joint high-visibility operation at the Honiara Central Market on Friday 20th May targeting illegal gambling, public sale and consumption of alcohol and illegal spirit such as kwaso petty theft and pick-pocketing.

Supervising Provincial Police Commander for Central Honiara Police, Supt. Jimson Robo, said their operation is a continuation of their “Operation Stopem Gambling 2022” but has expanded its scope to also deal with street crimes like alcohol selling and drinking, petty theft and pick-pocketing.

Supt. Robo said their operation was carried out on the Central Market because it is a public place that should be free of illegal activities or anti-social behaviour.

“Police do not tolerate illegal activities or anti-social behaviour in public places like the Central Market,” Insupt. Robo said.

All four males arrested were taken to custody. They appeared before the Magistrates Court on Saturday.

He said gambling in public places is an offence under Section 4 of the Games & Lottery Act.

Supt. Robo said the same with drinking in public, which is an offence under Drinking Section (65) of the Liquor Act and Simple Larceny Section 258 of the Penal Code.

He said the laws that these activities breach are there to protect the public, as gambling and Kwaso has the potential to damage the broader community.

Under his command, Supt. Robo said, their operation will enforce a zero-tolerance approach to those who engaged in public gambling, consumption and selling of alcohol and theft in public places like the Central Market.