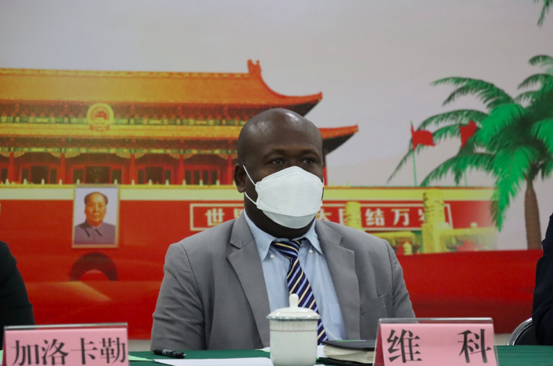 Solomon Islands Minister for Police, National Security and Correctional Services, Hon. Anthony Veke has commended the Governments of Solomon Islands (SI) and the Peoples Republic of China (PRC) for entering into a Memorandum of Understanding on Policing Cooperation.

On march 18, Wang Xiaohong, party secretary of the CPC Committee and executive vice minister in charge of daily work of the Ministry of Public Security of People’s Republic of China, held a virtual meeting with Anthony Veke, minister of Police, National Security and Correctional Services of Solomon Islands and signed the MOU between the government of the Solomon Islands and the government of the People’s Republic of China on Policing Cooperation.

Wang Xiaohong said that, since the establishment of diplomatic ties between China and SI, under the strategic guidance of President H.E.Xi Jinping and Prime Minister H.E.Manasseh Sogavare, the bilateral relations have developed rapidly and achieved fruitful results.

China is ready to work with SI to implement the important consensus reached by the leaders of the two countries earnestly, advance practical cooperation in police and law enforcement actively, and push bilateral relations to a higher level constantly.

“The signing of this MOU simply shows to the global community that we are here building meaningful cooperation, one that is based on teamwork and seriousness to develop Solomon Islands,” Veke said.

The MOU partnership is done with much consideration by the Solomon Islands government in building the relationship in a meaningful and productive manner.

Li Ming, China’s ambassador to SI, Karen Galokale, Permanent Secretary to the MPNSCS, and Mostyn Mangau, Commissioner of the RSIPF attended the conference.