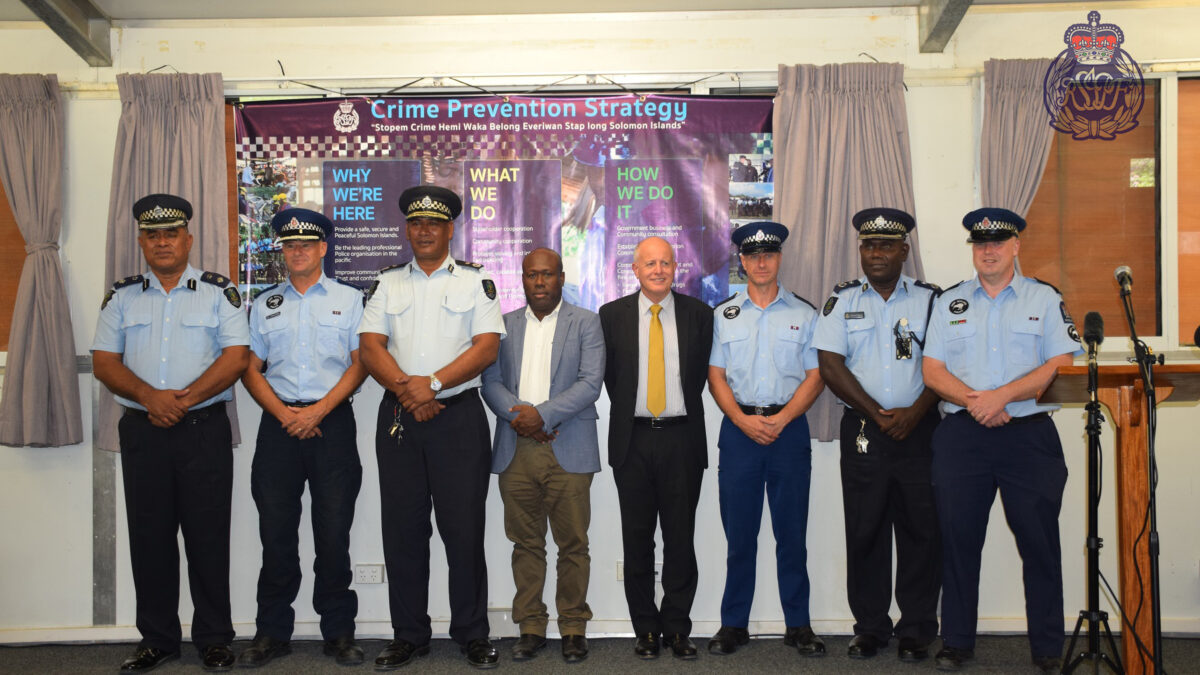 The Strategy launch provides an effective strategy that is focused on why police are here, what police do and how police execute their duties to provide a safe, secure and peaceful Solomon Islands in the next four years.

Minister of Police National Security and Correctional Services (MPNSCS) Honourable Anthony Veke says, “The Crime Prevention Strategy (CPS) 2023-2027 is set as a platform for the RSIPF to implement proactive policing.”

Hon. Veke adds, “It is often heartening to note the interest and commitment shown by members of different communities in tackling crime since the CPS was firstly introduced into our communities. In fact, according to statistics, the crime rates in certain parts of the country have reduced significantly due to their communal ownership and implementation of the CPS.”

RSIPF Commissioner Mr. Mostyn Mangau in his remarks says, “This strategy recognises that the RSIPF cannot fight and prevent crime alone but to work in collaborate with community to reduce crime by setting up Crime Prevention Committees (CPCs) and assist them with relevant skills to solve their problems.”

Commissioner Mangau adds, “The CPS is to provide a framework for everyone to understand their role in the prevention of crime, harm and victimisation.”

Mr. Mangau says, “Police will continue to respond to crime by working closely with the support of our communities and stakeholders. We can make a difference by having the right mindset to address the 5 drivers of crime to build a better community and country.”

New Zealand High Commissioner, His Excellency to Solomon Islands Jonathan Schwoss in his brief remarks during the launching says, “Crime Prevention is the heart of policing partnership between New Zealand and Solomon Islands.

His Excellency Mr.  Jonathan Schwoss says, “New Zealand Police Advisors here to assist the RSIPF to develop its own version to prevent crime and community policing. New police advisors are also here to assist with training to support RSIPF on preventative policing objectives.”