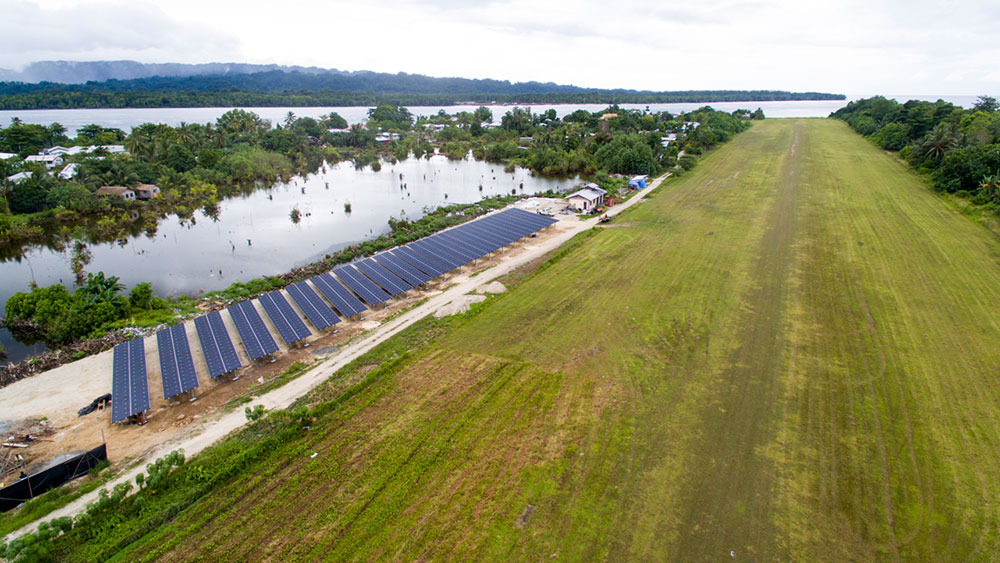 These bombs were detected when the EOD Unit conducted bomb detection on the runway for a period of two days (8th and 9th of August 2022).

EOD Team leader on the ground, Sergeant (Sgt) Celestine Telen, confirmed to the Provincial Police Commander, Superintendent (Sup) Vincent Eria, that the bomb were, live ones that puts Taro at level A threat assessment.

Sgt Telen confirmed they have removed the bombs and keep them at a safe site. He added that his team on the ground has reported this matter to the superior.

RSIPF on Taro are conducting Police awareness on unexploded Ordnance (UXOs) commencing with Taro Primary School. The awareness program will continue with the general public tomorrow.

Supt. Eria said he had reported this threat to the Provincial Secretary who is the head of the Choiseul Province and they have both agreed to take immediate steps and actions to remove the bombs to a safer location and to carry out public awareness.

He said he had formally reported to his chain of command to the Police Commissioner requesting the National Government through our Ministry for assistance to conduct a full UXO survey in Taro, Supizae and to the new township site.

Supt. Eria has issued an advice to people in Taro and Supizae not to burn rubbish in their gardens or areas given the bomb threat level is high in these places.

He appealed to those living in these areas to report any suspicious iron sighted and report them to Taro police on telephone 63199.

“I want to thank Sgt. Telen and his team for being part of the awareness team that conducted awareness in Taro. Such awareness is important, as it will ensure our people are safe at this time when people’s fear is high.