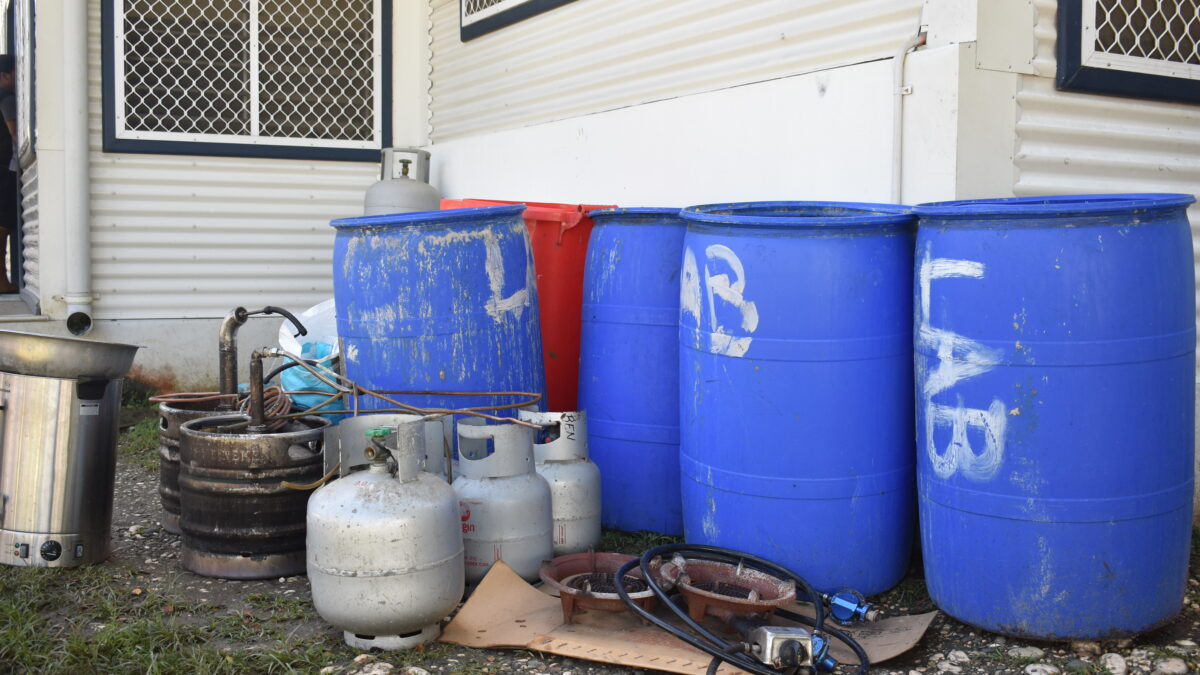 Officers of the Royal Solomon Islands Police Force (RSIPF) at White River Police Station have confiscated a large amount of kwaso (Homebrew) during a raid at Tasahe area recently.

Sergeant Fititei said the two suspects in relation to the matter were arrested while investigation in the matter is still continuing. Two suspects have been arrested and charges have been laid for the offence of “Restriction on making Liquor”. They will appear in Honiara Central Magistrates’ Court at a later date.

Mr Fititei thanked the Community for working together with your police in combating illegal brewing in our community to make a safer and peaceful community environment for all community members.