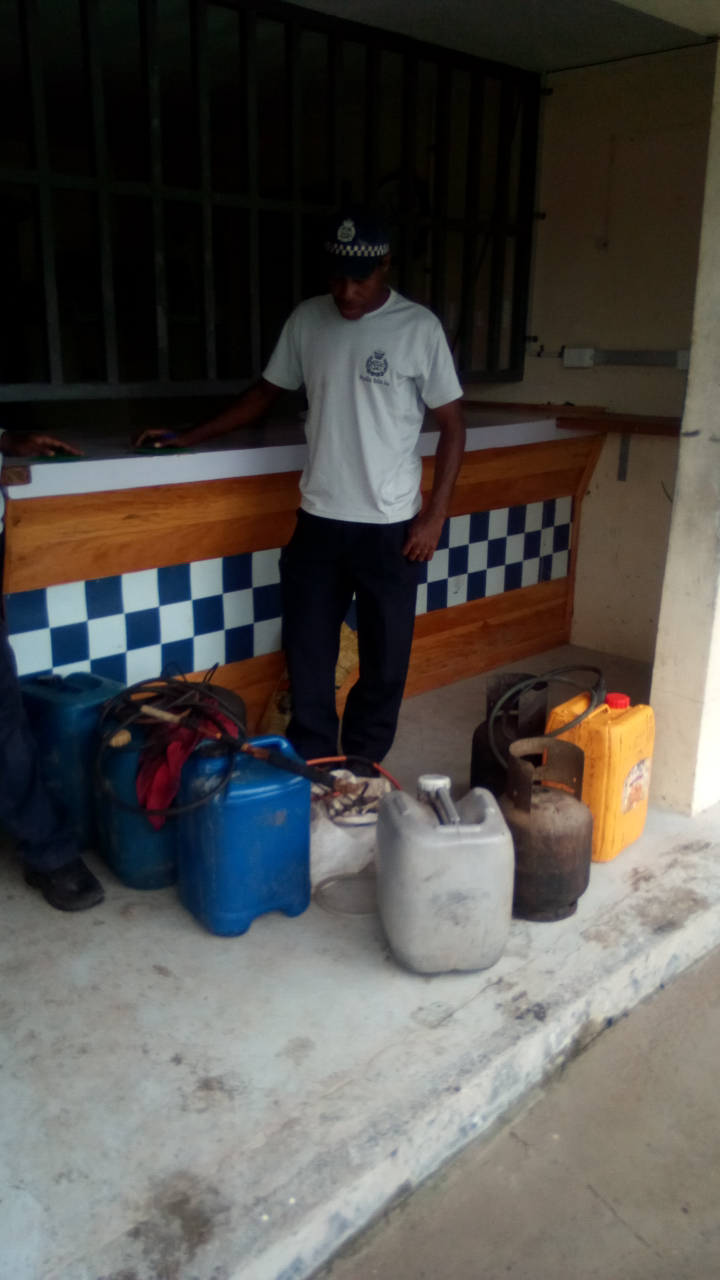 Containers of kwaso (homebrew) cooking utensils confiscated during the raid

“Operation Manager Mr. Leleina says, “I want to appeal to our law-abiding citizens to provide information that will assist the Police to get rid of kwaso from our communities. Police cannot do this alone. It needs the support of our people,” says Inspector Leleina.

Lata police can be contacted on phone 53184 or 53070 to report anyone involved in Kwaso brewing in our communities.