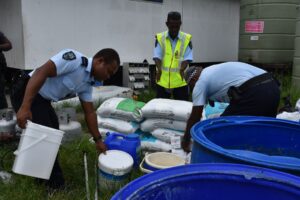 Police Commissioner Mr Mostyn Mangau says, “Police have arrested the suspect at his home at Tasahe B area and confiscated all the cooking apparatus for making kwaso.”

Mr Mangau says, “Police are dealing with the suspect and will charge him with restrictions on making liquor contrary to section 50 (2b) of the liquor Act.”

Commissioner Mangau says, “Police are aware of what you are doing and will knock on your doors and arrest you. Nothing will hide as people around you are working closely with police for such illegal brewing of kwaso. So please stop brewing kwaso in our communities.”

A father of four children will appear in Honiara Central Magistrates’ Court on a later date as investigation continues into the matter.

Police are advising communities to provide genuine information so that we look at possibilities to arrest those people to face the law. You can call the police free toll line on phone 999 and report it. 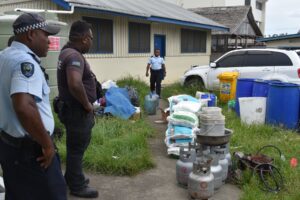 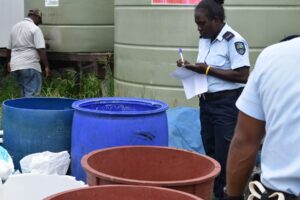 Female RSIPF officer record all the items after the raid 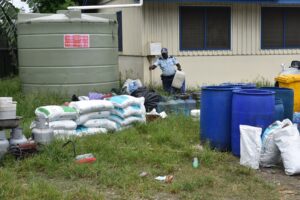 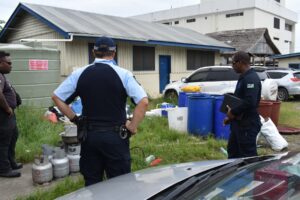 AFP officer supporting the RSIPF officers during the raid