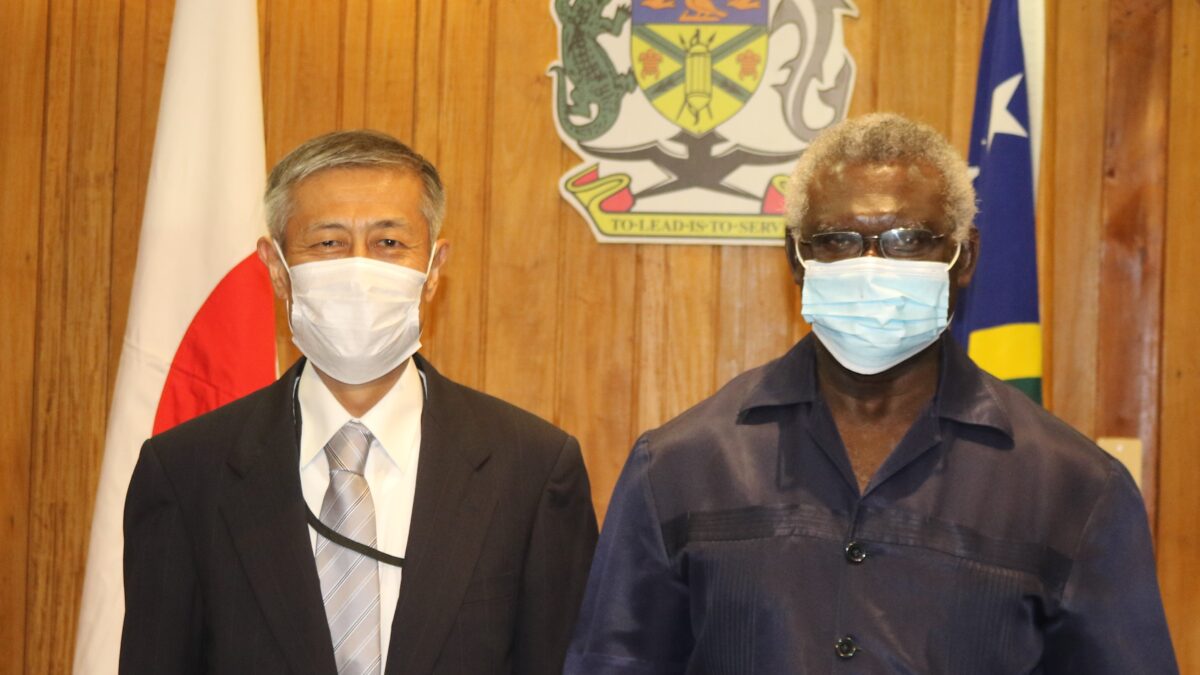 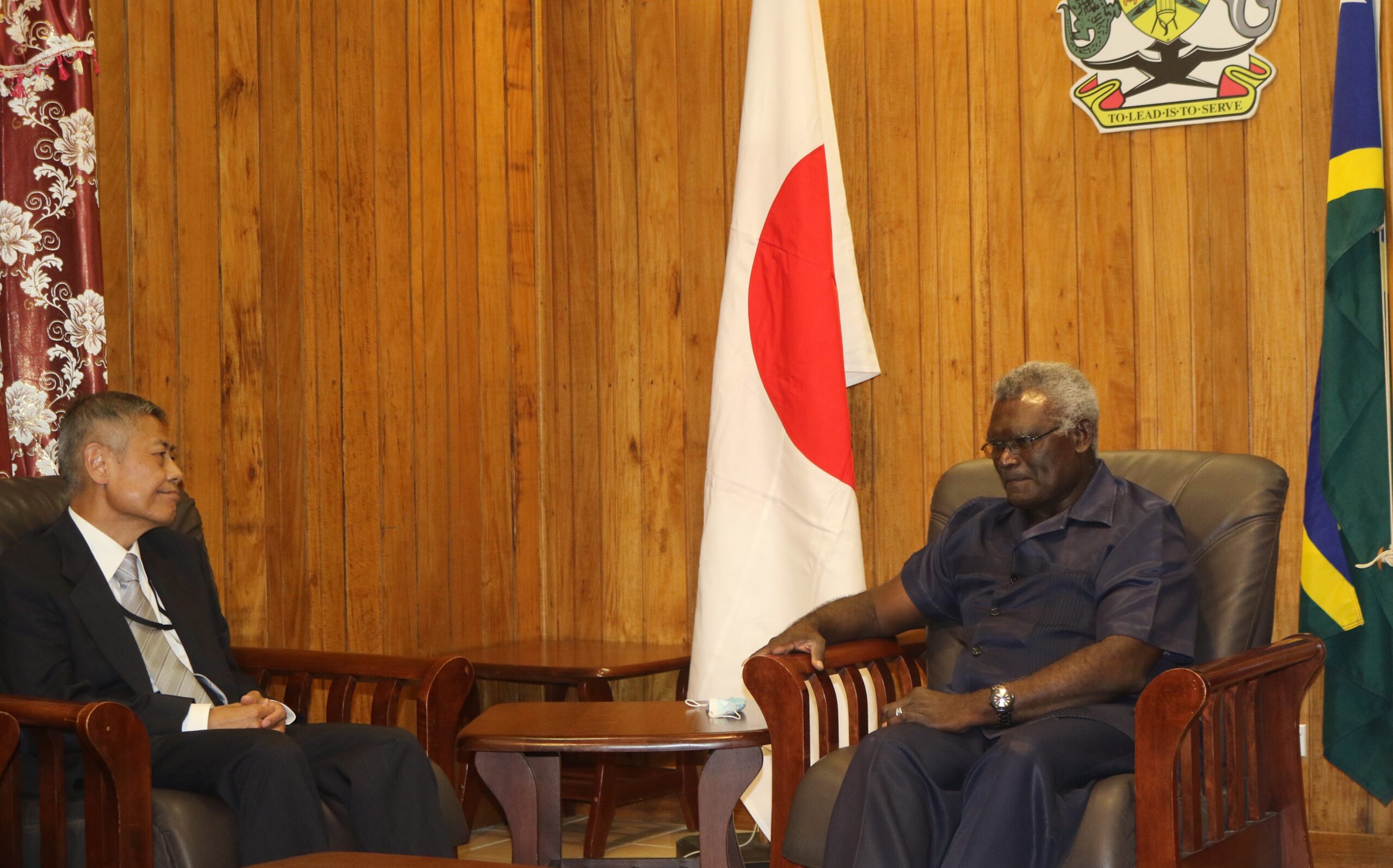 Welcoming His Excellency MIWA Yoshiaki, Prime Minister Sogavare said, Solomon Islands and Japan are on a wonderful journey together. Eighty years after the battle on Guadalcanal and Japan continues to stand tall as a true friend.

“We admire Japan for this.” Japan contributed immensely on all sectors in this country. Our relationship continues to grow to new heights, said Prime Minister Sogavare.

“We stand with Japan on a number of very sensitive issues. The Whaling issue is an example,” said the Prime Minister.

Solomon Islands further appreciate and acknowledge Japan for assisting in the UXO clearance. This is very important to us as the unexploded World War 2 Ordinance claimed a number of lives in the country.

Japan has done a lot for Solomon Islands after World War II, especially in the area of infrastructure.

PM also raised concerns on the proposed plan by Japan to discharge the ALPS treated water or radioactive contaminated water into the Pacific Ocean. This is a concern for Solomon Islands and the region, as the Ocean is where we obtain food from and our means for livelihood.

“On the SI-China Security treaty, Prime Minister explained that this is to address internal security issues. The advantage of having bilateral relations with China late is we learned and improve from other countries’ relationship experiences with China. Regional and global Peace and unity remains our decisive aim.”

In response, His Excellency MIWA affirms Japan’s determination to further fulfil important missions and duties to promote and expand the bilateral relationship between both nations.

Japan is ready to dialogue with the Government and assist in other key sectors.

As the country celebrates 80 years of the battle of Guadalcanal this year, Japan is planning a Naval visit to the country.

Ambassador MIWA is a seasoned diplomat and has been previously posted in Iraq, Finland and Philippines before being appointed as the new Diplomatic representative to Solomon Islands.