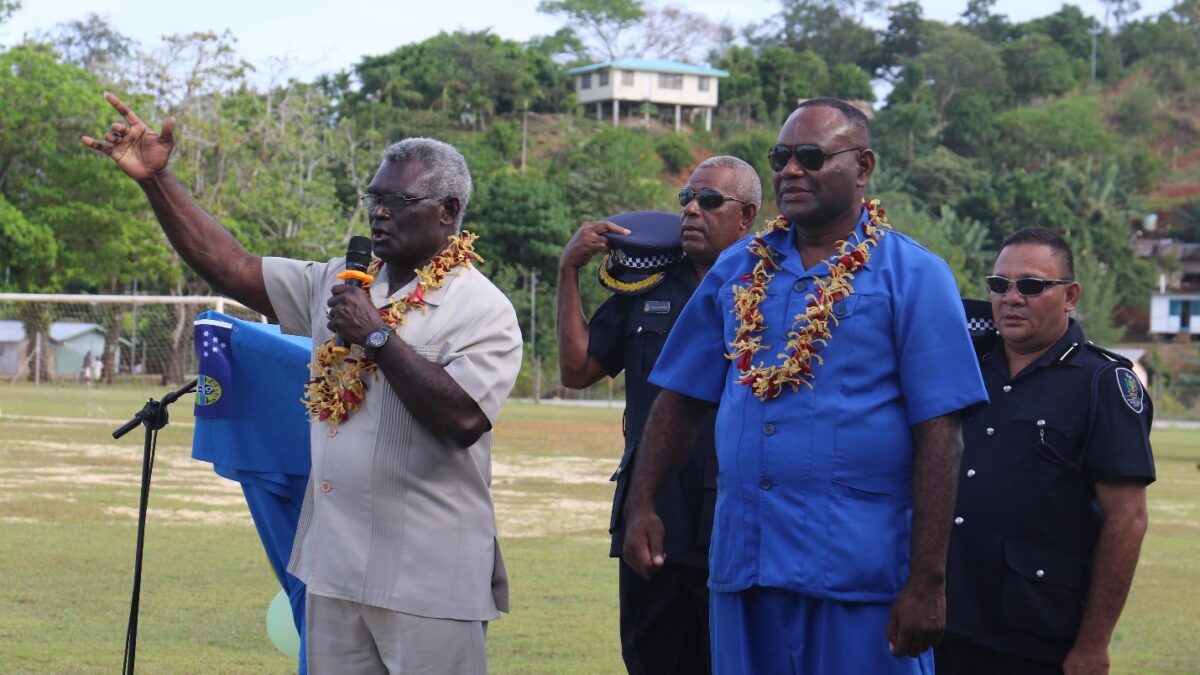 Prime Minister Manasseh Sogavare has announced in Tulagi Tuesday this week that the National Government under his leadership will increase the Provincial Capacity Development Fund (PCDF) as part of the Government’s Redirection Policy.

The Prime Minister made the assurance in the presence of Provincial Premiers attending the Central Islands Second Appointed Day that the government is going back to the drawing board to ensure the PCDF funding is more effective in service delivery to address developmental issues faced by Provincial Governments.

Sogavare assured the Premier(s) that the PCDF funding to the Provinces will be increased under the current redirection policy and that will happen in two stages- details of which will come out later.

The Prime Minister has acknowledged that the many issues raised by Provincial Premiers are true but these issues have not come about due to lack of resources and funding.

Sogavare admitted that as a country we have lost our way since establishing the provincial government system- it was a right thing to actively devolve powers down to the Provincial Governments.

The Prime Minister, however, pointed out that the devolution of powers- supposed to mean power to go down and it must go with resources, funding, labor and infrastructure development.

“That was how it was organised right from the beginning,” PM Sogavare highlighted.

He said that throughout the journey as a country, we have re- centralized power back to the central government to the detriment of the provincial governments who are in charge of the needs of the 85 percent of the people of Solomon Islands.

Sogavare maintained that the real issue is not the restructuring of government system to address these many issues but a system that can deliver services, which can subsequently address all the issues raised by Premiers.

The Prime Minister further added that it is about a system that does not centralize power and not one that continues to entertain power.