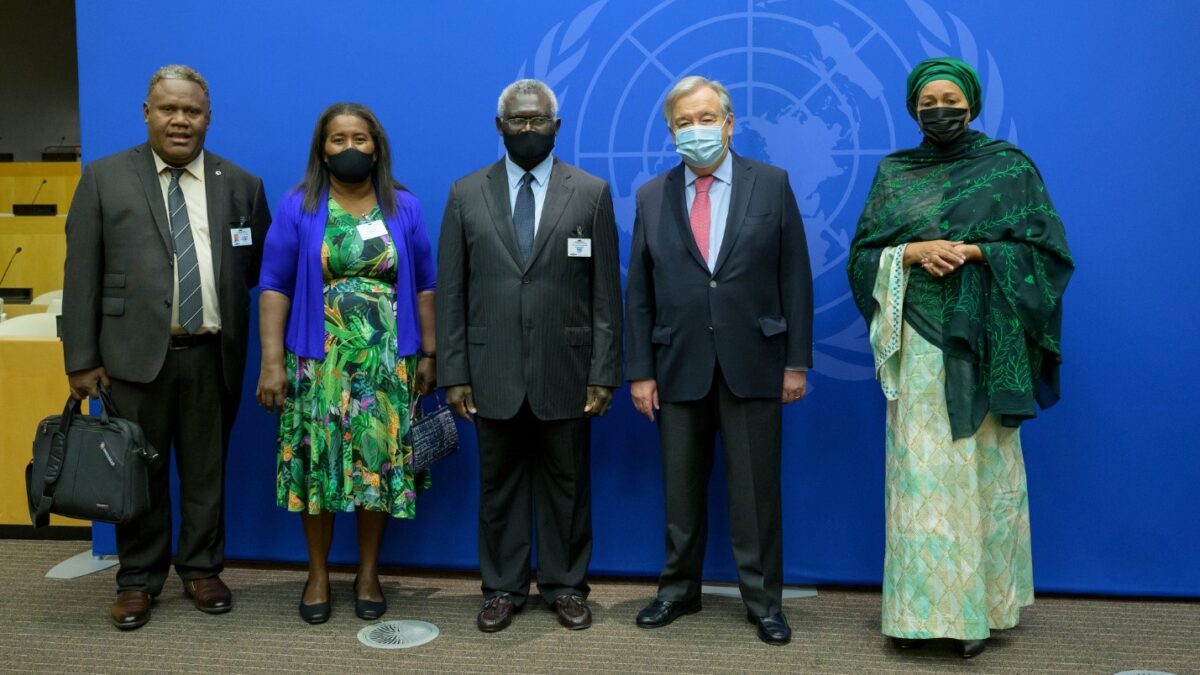 Prime Minister Manasseh Sogavare is scheduled to address the 77th session of the United Nations General Assembly as it opened this morning (Tuesday 20 NY Time).

The Prime Minister’s address is scheduled for Friday (between 9am to 2:45pm NY time) which is approximately between (12am to 6am) Saturday (Solomon Time).

Apart from the General Debate official opening, the Solomon Islands delegation had other engagements today.

This year’s theme “A watershed moment: transformative solutions to interlocking challenges,” highlighted the complex and magnitude of crisis that are interconnected.

It is to this effect that almost all world leaders who addressed the UNGA plenary both morning and afternoon sessions today sung the same tune when it comes to common critical issues.

COVID 19 pandemic and the Ukraine war were referred to by World leaders as humanitarian challenges of unprecedented nature. In their addresses, World Leaders seek to focus on joint solutions to these crises and build a sustainable and resilient world for all especially our future generations.

Climate Change tipping point and the growing concerns on threats to global economy were also prioritised by most leaders who debated on day One of the plenary.

The U.N. secretary general Antonio Guterres in his address at the official opening of the general debate plenary this morning said, “this year’s general debate must be about providing hope and overcoming the divisions that are dramatically impacting the world.”

In an earlier press conference, the UN chief stated, this year’s general debate must be about providing hope and overcoming the divisions that are dramatically impacting the world.

That hope can only come through the dialogue and debate that are the beating heart of the United Nations and that must prevail this week against all divisions, he stated.

In the afternoon, the SIG delegation had other meetings including one with the Peace Building Fund Commission.

Details of the bilateral and other side engagements are covered in separate news articles.