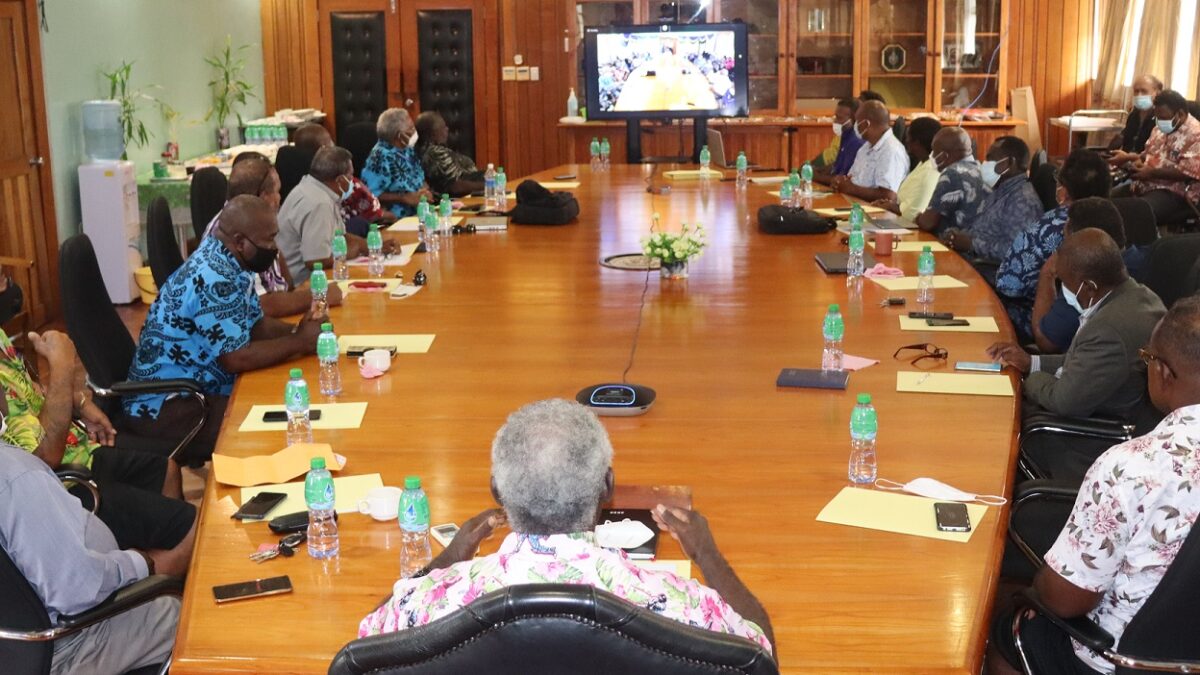 PM SOGAVARE SPEAKS WITH NATIONAL SOCCER TEAM AHEAD OF FINAL

Prime Minister Manasseh Sogavare this afternoon spoke with members of the Solomon Islands National men’s soccer team via zoom from Honiara to convey his best wishes and support ahead of the World Cup qualifying game against New Zealand in Qatar early tomorrow morning.

Sogavare and members of the Government Caucus concluded their meeting today with a conversation with the Bonito squad to convey the country’s pride and support towards their World Cup campaign.

The Prime Minister also announced that the Government is preparing to reward the team on their return to the country as a token of appreciation for representing the country at the world stage.

Sogavare told the team that the whole country is rallying behind them in prayers and support and thanked them for bringing pride and unity to the country through soccer during the country’s difficult time.

He said soccer is a unifying force that brings unity and peace in the hearts of Solomon Islanders regardless of the differences we have.

“On behalf of the people and Government of Solomon Islands, I thank you all for being good ambassadors of our country and representing us well in Qatar in the past weeks. I wish you every best in your final match and please continue to play united as a team until the end of your mission,” Sogavare said.

Responding to the Prime Minister from Qatar, Team Manager Dalton Maesia thanked Sogavare and the Government for giving them the opportunity to talk directly with them ahead of the final.

“This is a very rare opportunity for the boys to hear and talk directly to you Prime Minister and Ministers of the Government. We are very thankful for this opportunity which really boosted our morale and team spirit.

Maesia and the team assured the Prime Minister and the entire country that they will do their best in the final to win the game for the country.

The match is scheduled to be played at 4:00am (local) time Thursday 31 March.