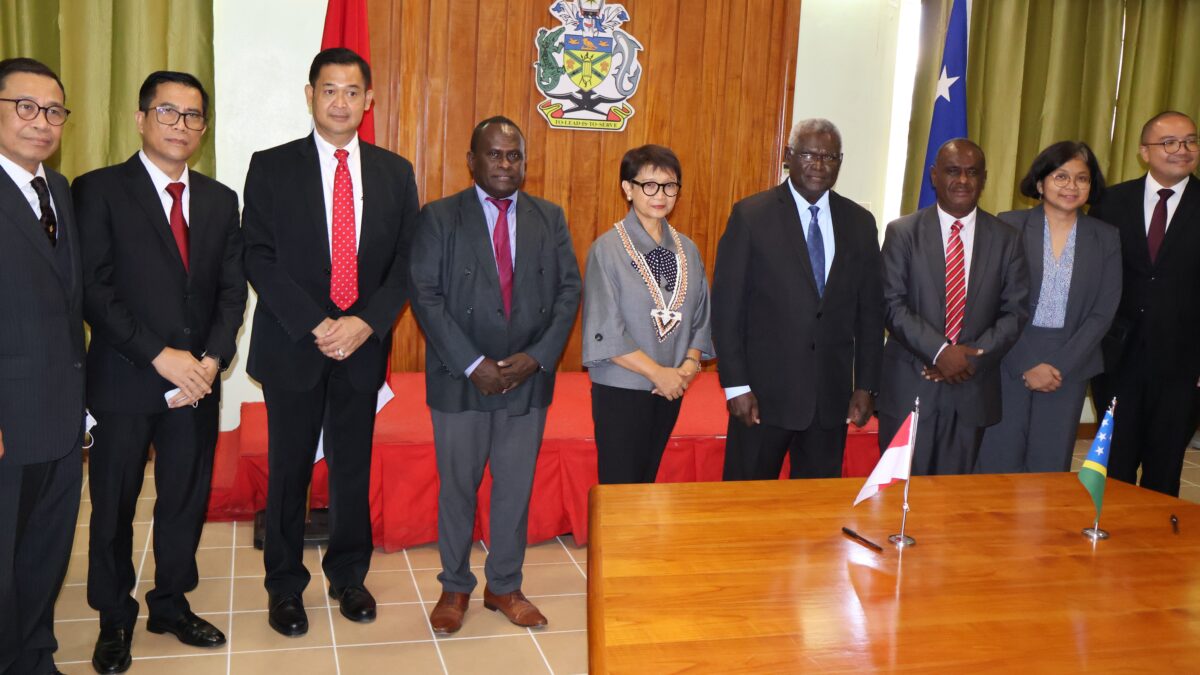 Prime Minister Manasseh Sogavare who is also the minister of the 2023 Pacific Games has requested two additional futsal stadium halls for two provinces, the request was made to the President of Indonesia Joko Widodo.

The new futsal multipurpose hall is named the ‘Friendship Hall.’

Prime Minister Sogavare revealed, in a letter to his Excellency President Widodo, he asked the president to consider further developing futsal in the country by establishing two futsal halls of smaller size in two Provinces.

“In my letter to your President, I requested the President’s further consideration to continue the support the development of Futsal in Solomon Islands by considering funding of two additional but smaller futsal multipurpose halls in two provinces so that we can provide modern facilities to our provinces,” PM Sogavare stated.

The Prime Minister added that the additional futsal halls will not only develop futsal in the country but it will change the perception of young Solomon Islanders about the friendship Indonesia has with Solomon Islands.

“Such investment would further transform the perception of our young population toward Indonesia as a genuine partner in our development,” PM Sogavare pointed out.

The Prime Minister also used the occasion of the handing over ceremony to reiterate another request he has sent to President Widodo, and that is for Indonesia to consider installing solar power to the new friendship hall.

PM Sogavare made a reminder that the Pacific Games’ theme is the “Green Games” and so the request for solar power is made in that spirit, moreover, a solar power will lessen the cost of running electricity supply in the long term.

The Prime Minister also acknowledge the WIKA team that build the stadium for their strong resolve to remain and finish the work despite of the COVID- 19 and the civil unrest and riots of November 2021.

Addressing the visiting Indonesian Foreign Minister, the PM Sogavare said “I commend and salute the WIKA team for their professionalism and humility. They are excellent Ambassadors for your country, and they have made your country proud.”

In his opening remarks to receive the futsal hall, the Prime Minister also acknowledged Honorable Rick Hou for initiating the futsal project.

PM Sogavare said it was at the at the sideline of the APEC meeting in Papua New Guinea that the then Prime Minister Hou requested the futsal hall assistance from President Widodo.

Solomon Islands is ranked number one in the Pacific region, the national futsal team ‘kurukuru’ have disposed all the Pacific Countries futsal teams to assert itself as the region’s king of futsal.

The Kurukuru national futsal team have represented the country and the Pacific region in the world cup on more than one occasion.