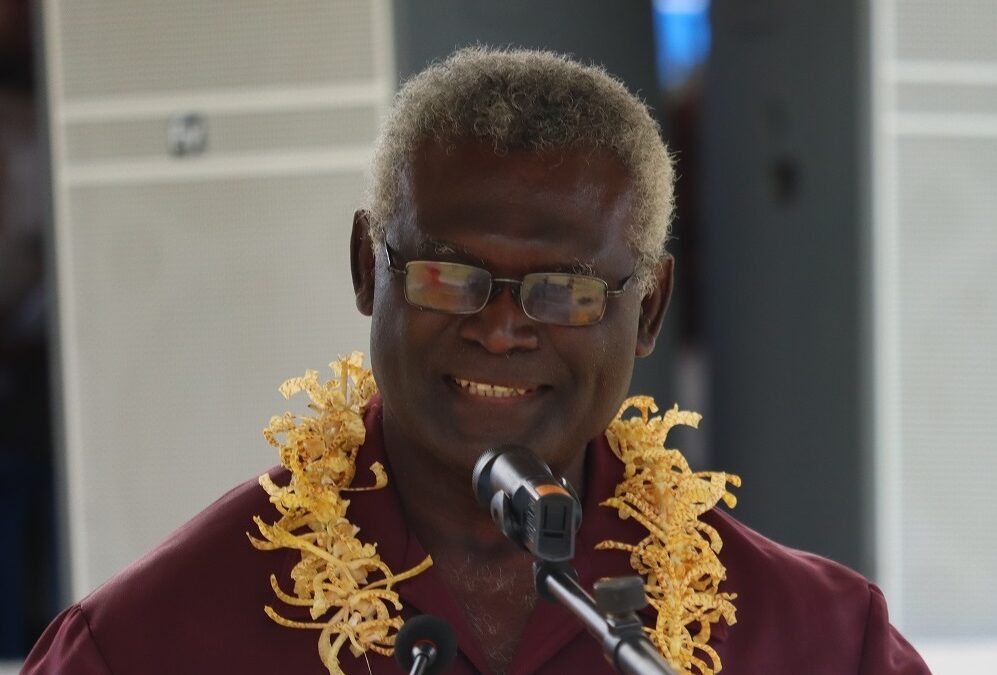 Prime Minister Manasseh Sogavare has reiterated his message on the value of National Unity as a prerequisite for growth and progress.

Speaking in Kirakira at celebrations marking the Makira Ulawa 38th Second Appointed Day Thursday (August 5), Sogavare said, “Unity is and will always be a prerequisite for developing our country”.

He said Solomon Islands cannot develop if we work in isolation from each other, adding that all provinces need to work together to build our beloved country.

“We must remove obstacles that hinder the spirit of understanding, cooperation and togetherness in our endeavor to develop our country”.

“This is a very relevant concern right now in the various levels of authorities in our country where decision making responsibility is vested, both in the formal and informal sector. It is a major stumbling block to the progress of our country,” he said.

The Prime Minister said contesting interest of tribal groups over land ownership can cause major setback in the progress of national projects in many parts of our country and Makira-Ulawa Province is not free from it.

“We have major game changing projects in the country that are stalled because some people believe that their narrow individual interest is more important than the interest of the nation,” he said.

The Prime Minister added that differing irreconcilable beliefs and positions on customary and religious issues can be counterproductive to the ideals of working together and the same is true with the relationship between the National and Provincial Governments.