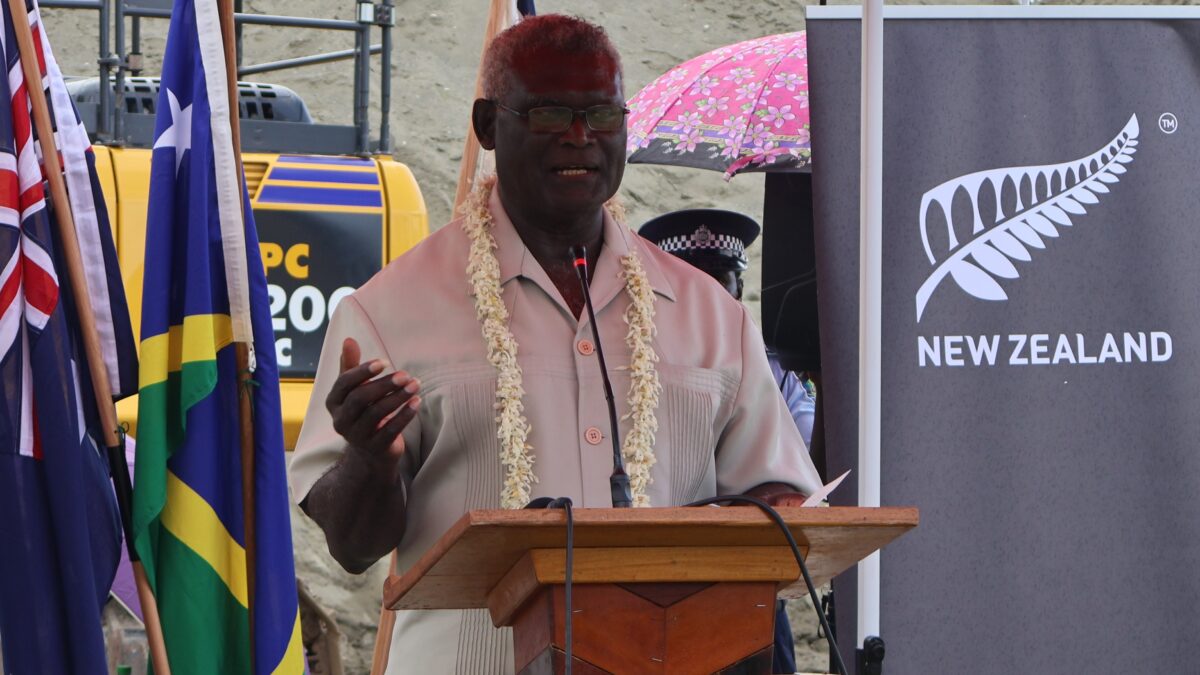 Prime Minister Manasseh Sogavare has paid homage to the landowners of Taro airfield for allowing their land for the important infrastructure.

PM Sogavare acknowledged the landowners in his speech during the official ground-breaking ceremony to mark the upgrading of Taro airfield.

“I respect and appreciate the decision that you made to allow this land to host this infrastructure, which is servicing our people of Choiseul Province,” the Prime Minister stated.

The Prime Minister further applauded the landowners for their vision and wisdom.

He also reiterated that the project is co- funded by the national government together with the governments of Australia and New Zealand.

The Prime Minister acknowledged the governments of Australia and New Zealand and their people respectively for the assistance.

“This is a testament to our ongoing cooperation. As part of the Pacific family, we appreciate the continuous assistance that has been provided by your two governments,” PM Sogavare stated.

He assured the governments of Australia and New Zealand through their high commissioners who were present at the ceremony that the national government will continue to strengthen and nature this relationship going forward.

Prime Minister Sogavare anticipates the Taro airfield upgrade completion and for the same project to take place at Seghe airfield in Western Province.

He also expressed his full confidence in the contractor- Downer- to do an excellent job.

The Prime Minister further called on the people of Choiseul to look after the airfield ensuring that it is clean and safe at all times.

The Taro airfield upgrade project once completed will be an all- weather airfield meaning it can withstand any weather condition and capable of accommodating the dash- 8, our largest domestic plane.

The upgrade of the Taro airfield will see a 950m by 30m sealed runway with taxi way and apron, as well as the installation of solar powered lighting system.

The upgrading of the Taro airfield is part of the $250m Solomon Islands Provincial Airfield Upgrade project.