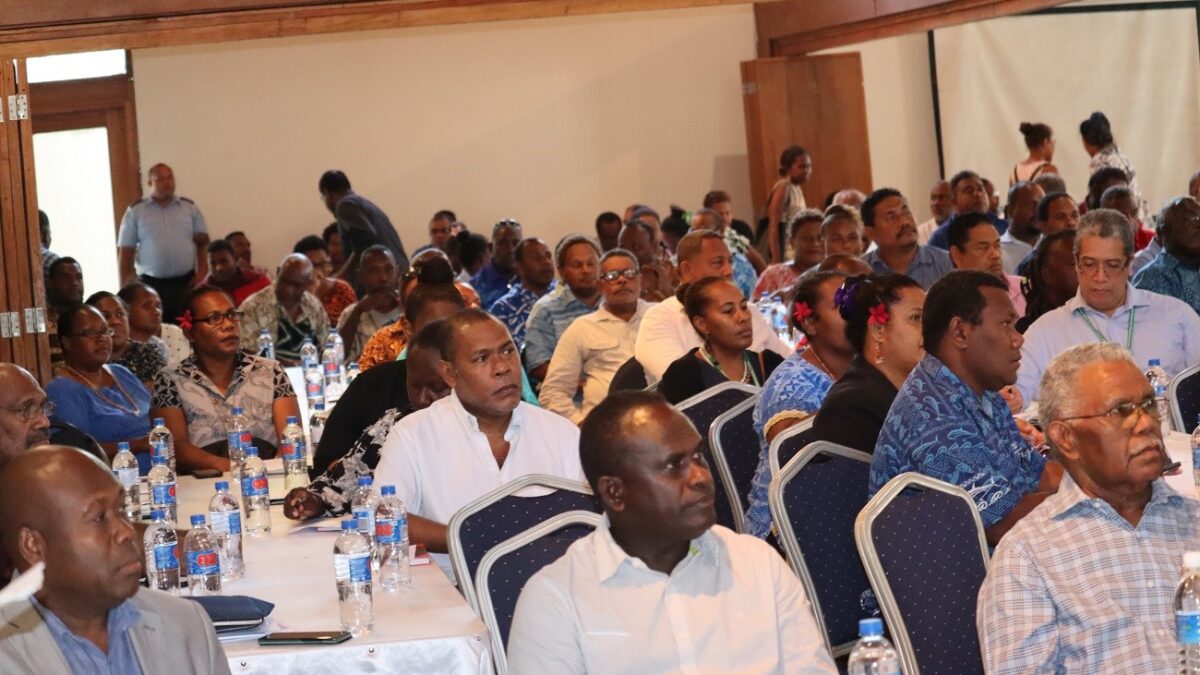 Ministers, Members of Parliament and Senior Government Officials at the budget launch

Prime Minister Manasseh Sogavare on Monday this week has outlined uncertainties and risks to the 2022 budget that could have negative impacts on the fiscal outlook next year.

On top of the list of the potential fiscal risks is the uncertainty surrounding the global outlook which remains high, primarily related to the prospects of emerging market and developing economies which continue to pose significant risks to the Solomon Islands outlook for 2022 and beyond.

On the upside, Sogavare said better global cooperation on vaccines could help prevent renewed waves of infection and the emergence of new variants, that could end the health crisis sooner than assumed, and allow for faster normalization of activity, particularly among emerging market and developing economies.

Moreover, a sooner-than-anticipated end to the health crisis could lead to a faster than-expected release of excess savings by households, higher confidence, and more front-loaded investment spending by firms.

On the downside, Sogavare said growth would be weaker than projected if logistical hurdles in procuring and distributing vaccines in emerging markets and developing economies lead to an even slower pace of vaccination than assumed.

Such delays would allow new variants to spread, with possibly higher risks of breakthrough infections among vaccinated populations.

Moreover, households’ excess savings may be released more gradually if they remain worried about employment prospects and income security, weighing on aggregate spending.

Domestic risks to the economic outlook reﬂect low fiscal and external buffers and subdued investment due to the impact of the pandemic.

Sogavare warned that any decline in logging in the future would adversely affect the government’s finances and require it to identify new sources of revenue, such as strengthening the taxation regime for the mining sector, to support core government expenditures.