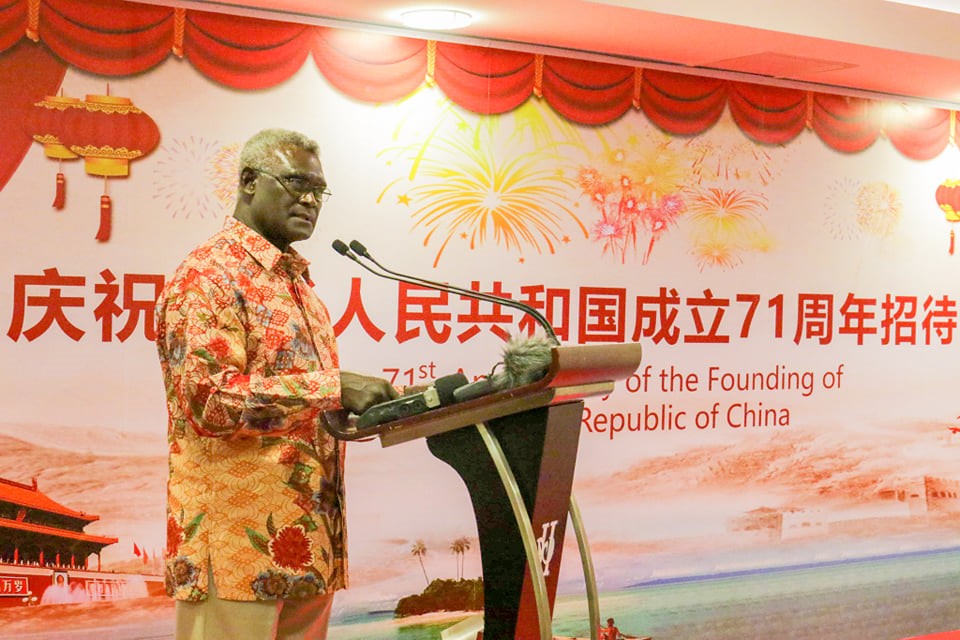 PM Sogavare delivers his remarks during the celebration of the National Day of the People’s Republic of China.

PRIME Minister Hon. Manasseh Sogavare, MP was guest of honour at the celebration of the National Day of the People’s Republic of China at the Heritage Park Hotel yesterday.

As part of his remarks as guest of honour, Prime Minister Sogavare stated,

“Indeed, there is a greater collective vision between the People’s Republic of China and the Solomon Islands, one that is and will always abide by the shared values and common goals of both countries at the national and international levels.”

According to the Prime Minister, the mutual principles are and will always be the guidelines that establish the greater cooperation, partnership and permanent friendship of the Peoples Republic of China and Solomon Islands. 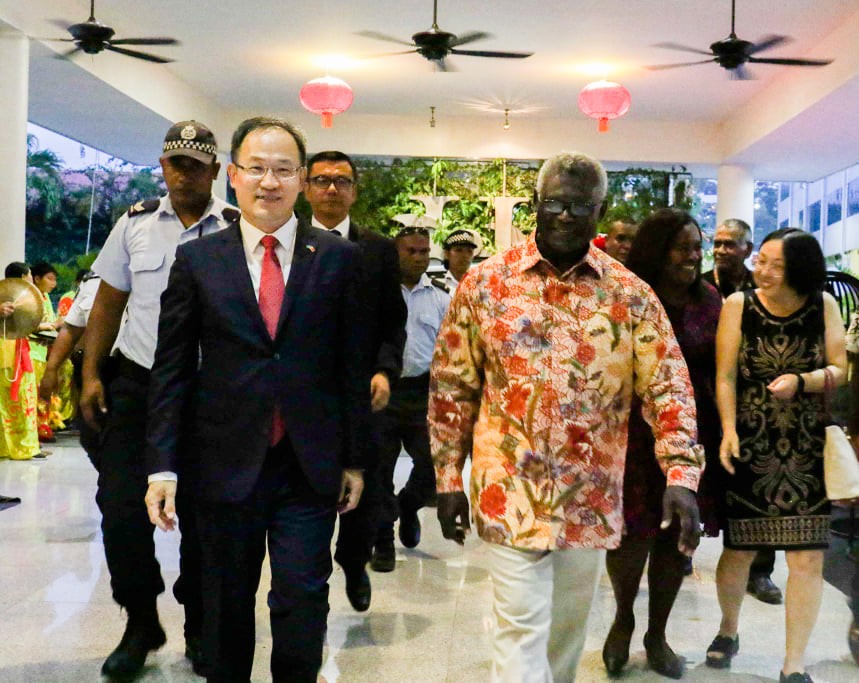 PM Sogavare is being accompanied by Chinese Ambassador to Solomon Islands H.E Li Ming as the Prime Minister arrives for the People’s Republic Of China’s National Day Celebration
at Heritage Park Hotel.

“These are all evident in the bilateral agreements signed between our two esteemed governments and the financial assistance provided by China, over the duration of the first year of our diplomatic friendship.” He said.

“Apart from all the financial assistance provided by the Government of China and its provinces and institutions during this COVID19 era and post-tropical cyclone Harold, the government of China also came into consensus with the Solomon Islands government to aid the infrastructural developments of this country.”

According to the Prime Minister all of the infrastructure developments are expected to be completed in the next few years.

He further pointed out several examples such as the support for the Pacific Games of 2023, the Honiara water treatment plant support, the upgrade of the National Referral Hospital, the expansion of the Solomon Islands National University (SINU) as well as support that will be set for our students who previously studied in various universities in Taiwan, to continue with their studies in China.

These are some of the commitments made by the two governments under the Agreement for Economic and Technical Cooperation 2020-2022.

“By saying this, on behalf of my government and the good people of this country, I would like to sincerely acknowledge and thank the government of China and her people for the profound support to the Solomon Islands.” He said.

Prime Minister Sogavare concluded by taking the opportunity on behalf of the Government and ‘good” people of Solomon Islands “our sincere congratulations, on your 71st Anniversary of the establishment of the People’s Republic of China and wish you all a happy and peaceful celebration.”

Prime Minister Sogavare further made assurance as a diplomatic friend stating “Solomon Islands will always support, value, appreciate and protect this bond of friendship between our two countries and ensure it is strengthened going forward into the future.”

Media Release from the Office of The Prime Minister and Cabinet