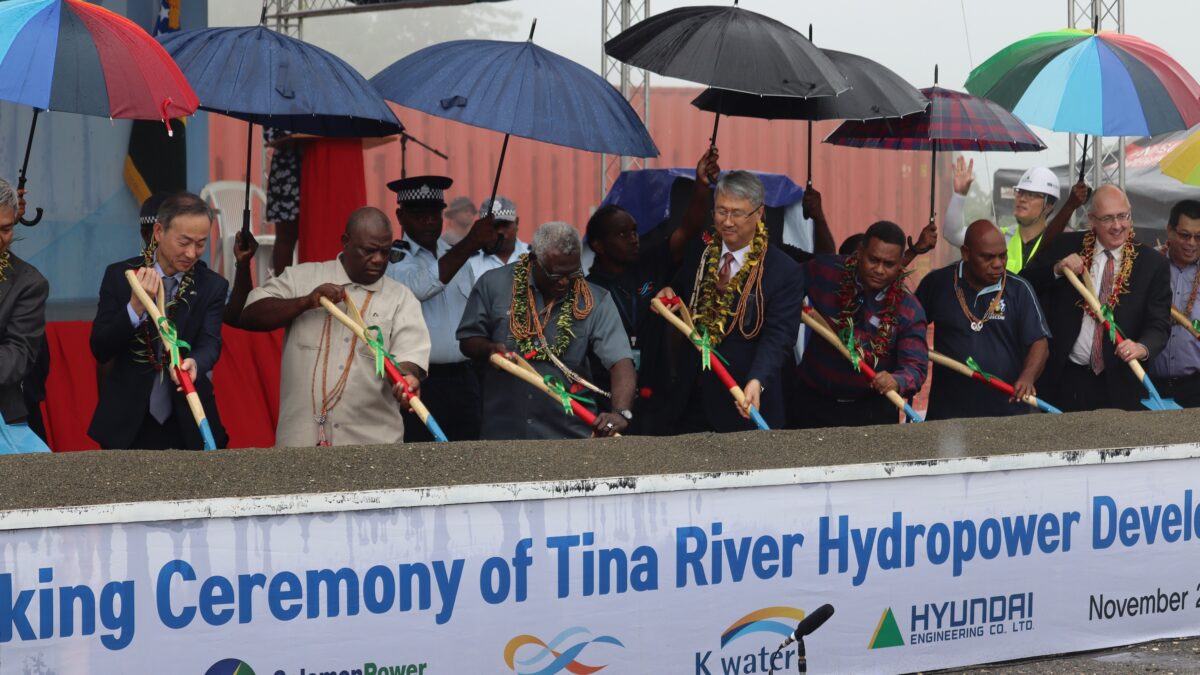 PM Sogavare with Ministers and Officials at the ground breaking event

A jubilant Prime Minister Manasseh Sogavare today has highlighted the expected transformative benefits that the Tina Hydro Power project in Central Guadalcanal will bring when the project becomes operational.

Sogavare was the chief guest at a ground-breaking ceremony at the project site that marks the start of major construction work on the Project.

He also announced the Solomon Islands Government resolute commitment in partnership with key partners including donors, the Guadalcanal provincial government and landowning groups.

Speaking at the ceremony today, Sogavare said the project when completed will benefit generations of Solomon Islands people. 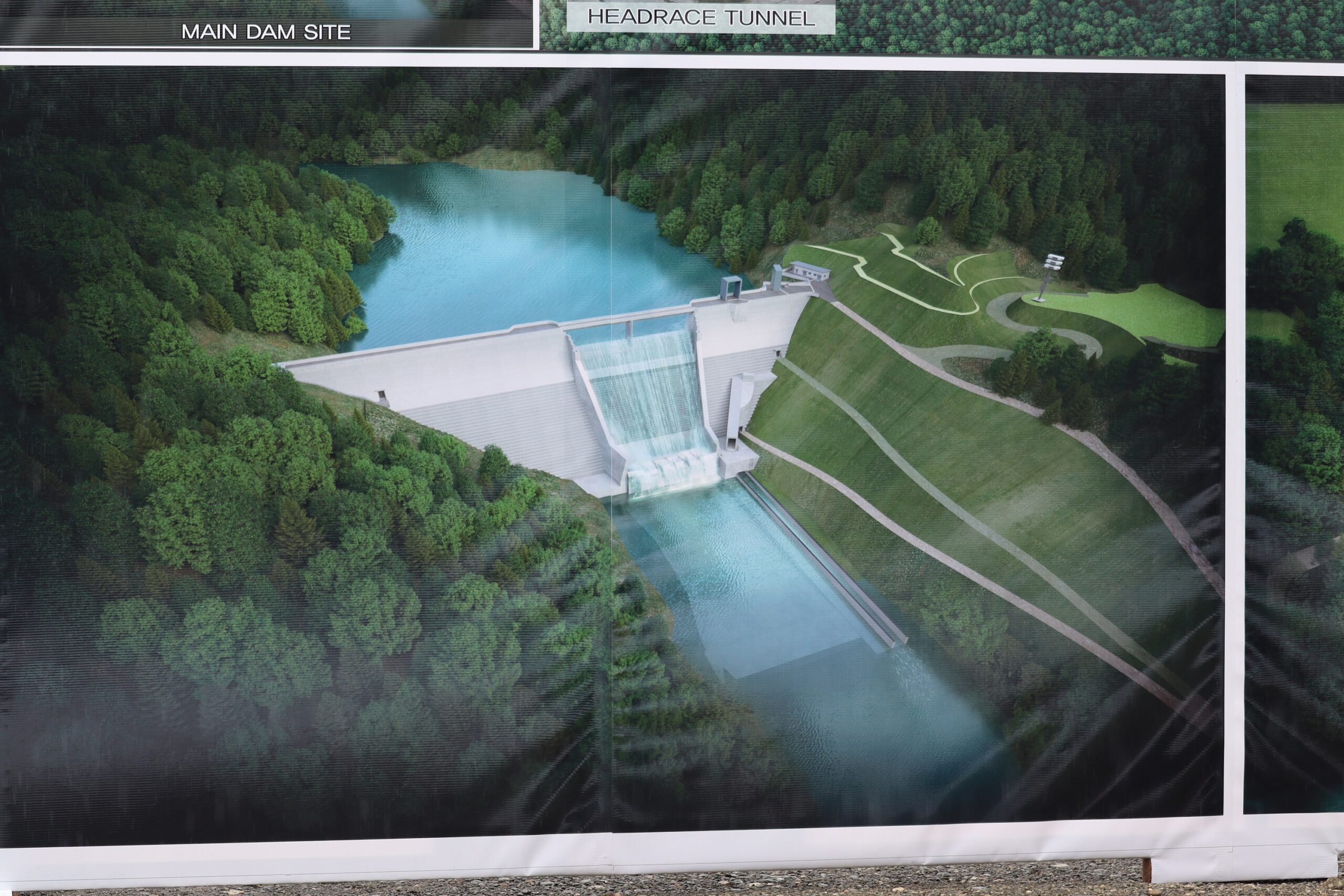 The Tina Hydro Dam will look like this once completed

“We know it is designed to dramatically increase the amount of renewable energy in the Honiara while reducing our reliance on expensive diesel power, more importantly years from now, long after the infrastructure has been built and the electricity is powering, generations of Solomon Island people will still be benefiting from TINA,” the Prime Minister said.

“Not only are we building a world class hydropower facility that will provide our people with clean, more reliable and affordable electricity, but we have also been investing in the future of our rural communities through the successful implementation of the Community Benefit Sharing Project,” he added.

According to Sogavare, the project will provide improved water and electricity supply directly to communities around the project site while at the same time provide training to local students, up skill rural women and helped communities become job ready to work on the construction of this infrastructure. 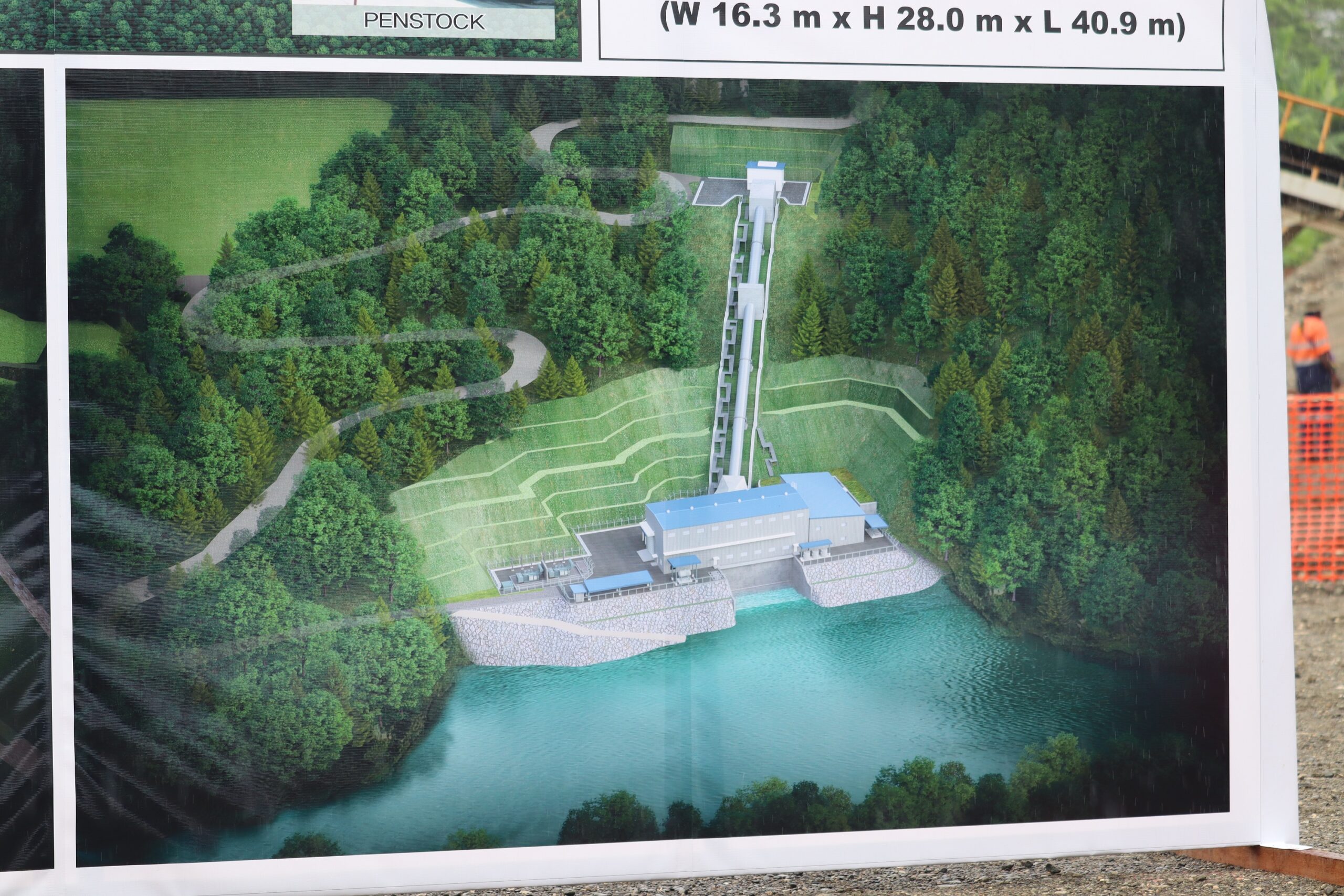 The Tina Hydro Power Station will look like this once completed

The ground breaking ceremony marked another important milestone of the great achievements that have already been made with construction activities already taking place onsite with much more to follow in 2023.

Sogavare also said the next few years of Tina construction will pave the way for further investment and new jobs for people while helping our economy build back better.

“We will not be where we are today without you. I ask that we all work together for a secure and better Solomon Islands,” he said while adding that “the government alone cannot move this country forward. Nation building is a collective effort that involves all of us”.

Donors, along with partners and lenders such as the Australian High Commission, World Bank and Solomon Power also attended. The Project is financed by grants and concessional loans from the Asian Development Bank (ADB), Abu Dhabi Fund for Development (ADFD), Green Climate Fund (GCF), The World Bank, Korea- EX- IM-Economic Development Cooperation Fund (ECDCF) and the Australian Government, including the Australian Infrastructure Financing Facility for the Pacific.