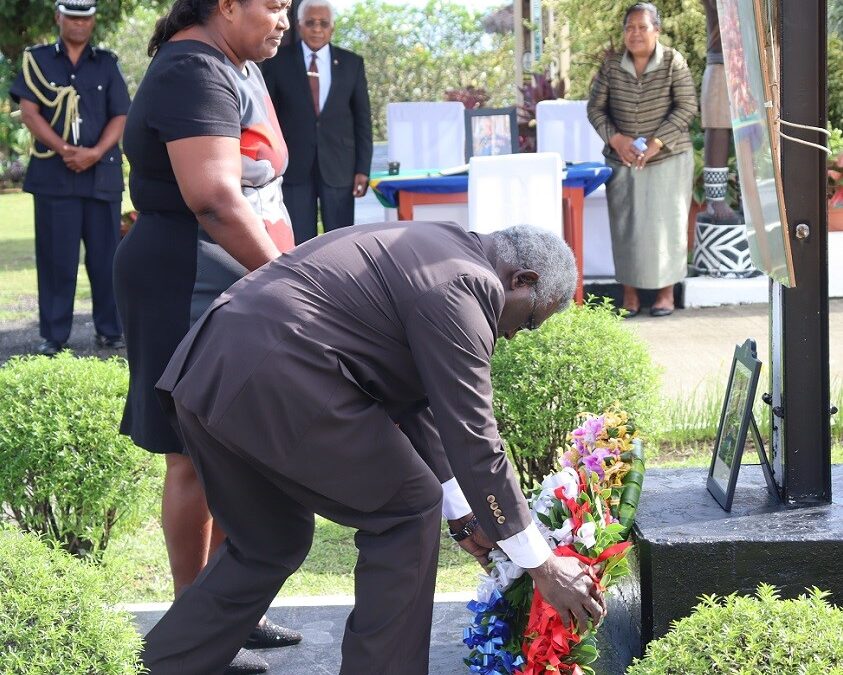 PM SOGAVARE EXPRESSES SORROW ON THE PASSING OF PRINCE PHILIP

Prime Minister Manasseh Sogavare has expressed his profound sorrow on the passing of the late Duke of Edinburgh, His Royal Highness Prince Philip on Friday 9 April.

His Royal Highness, Prince Philip is the late husband of Her Majesty Queen Elizabeth II, the Queen of Solomon Islands, the United Kingdom, and the Commonwealth, on Friday 9th of April 2021. 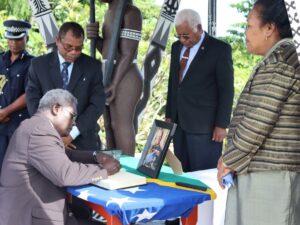 His Royal Highness died at the age of 99 years and 10 months at Windsor Castle in England, just 2 months away from his 100th birthday.

This morning Sogavare and Madam Emmy joined the Governor General and Lady Vunagi, the Honourable Speaker of National Parliament, the Honourable Chief Justice and Lady Palmer and other dignitaries to sign the Condolence Book and to Lay Wreaths in Honour of the Late Duke of Edinburgh, Prince Philip at the Government House.

“I pay tribute to the contributions of the late Duke of Edinburgh to the Commonwealth. I pray for God’s comfort, strength, and love, to be with Her Majesty the Queen at this very sad and difficult time,” Sogavare said today in his weekly national address.