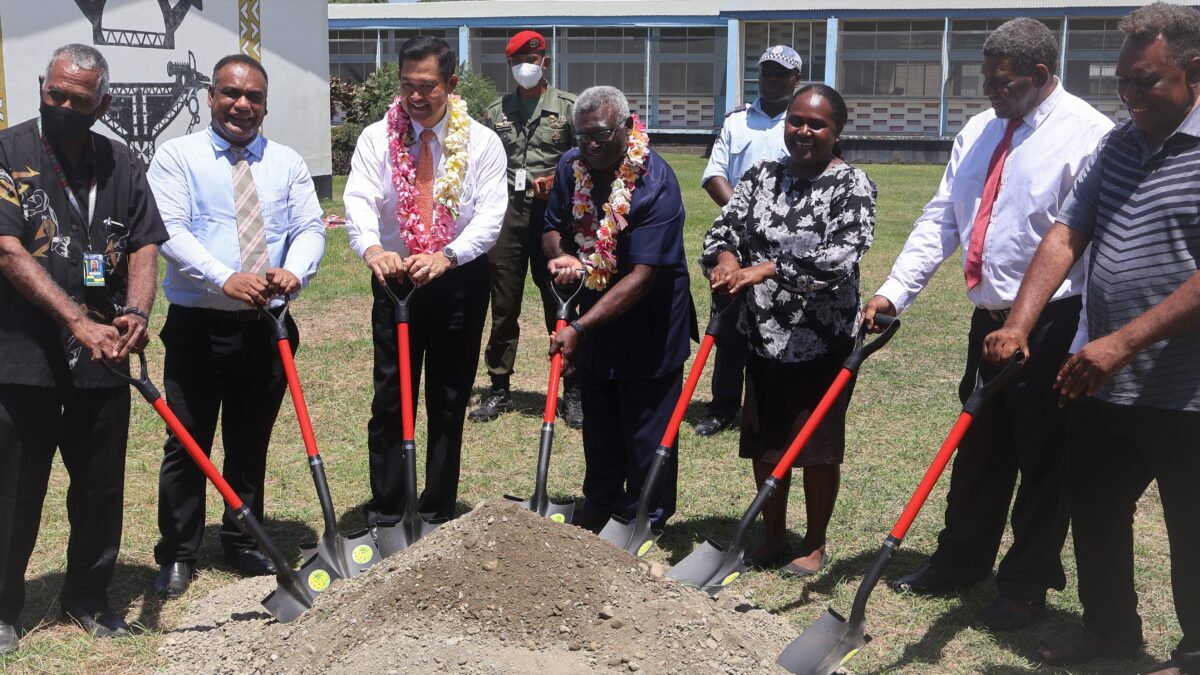 Prime minister Hon. Manasseh Sogavare on Friday attended a ground breaking ceremony at the King George VI School to mark the occasion of the start of construction of a Health Centre gifted by the Indonesian Government for the Pacific Games 2023.

The ground breaking ceremony, marked the handover from the People and Government of Indonesia to Solomon Islands of a complete prefabricated and fully equipped Poly Clinic equipped with Oximeters to stethoscopes, and beds and curtains worth Two Hundred Thousand US Dollars that initially will be used as a Health Centre facility for the Pacific Games 2023 and at the games completion would be gifted to King George VI School.

Sogavare took the opportunity to sincerely thank the people and government of Indonesia for gifting of the Heath Clinic towards the successful hosting of the Pacific Games 2023.

Sutandy said the People and Government of Indonesia were greatly honored to contribute in assisting the Health needs of the People of Solomon Islands especially after the Covid-19 Pandemic and said the Health of the People is of uttermost importance.

Sutandy added that the Health needs of the people transcends other people’s opinion. His Excellency pointed out that despite adversity, working together can transcend difficulties.

The Government of the Republic of Indonesia who provided  funding towards the Health Centre which was initially triggered the assistance to other countries including Solomon Islands was in response to the  Covid Pandemic where the Indonesia government saw fit in consultation with the Solomon Islands embassy signed an MOU resulting in the agreement to fund a Health Centre.

A local Contractor Pro Design will oversee the construction the Clinic estimated to be complete around June Next Year.