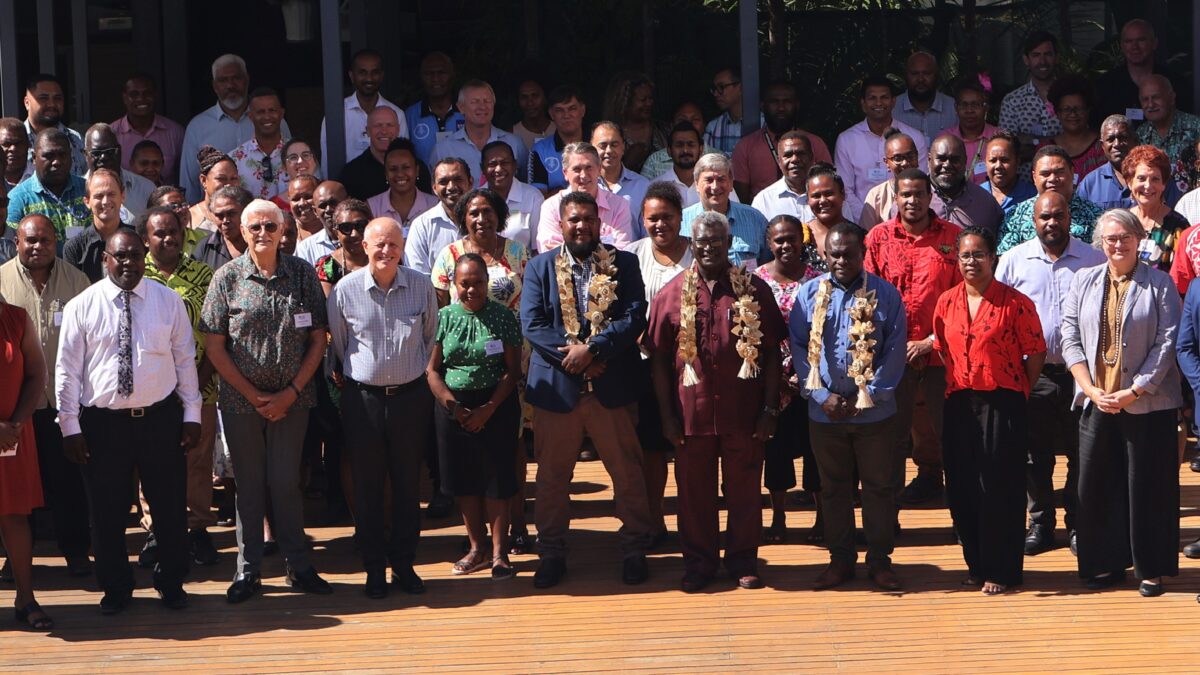 “You are the real heroes. The 2021 November riots have indeed been a challenge. I can understand if businesses wanted to close down and leave our shores. But I am grateful that you have remained with us. I am moved by the resiliency demonstrated in slogans like “Never Give Up,” stated PM Sogavare.

Low economic growth, weak governance and frequent social-political instability have been the country’s major challenge over the last 44 years of nationhood.

The Ukraine- Russian War adds to the higher fuel and commodity prices and lower external demand.

COVID 19 represents the largest economic shock in decades since independence. Provisional employment data from the National Provident Fund showed a 6 percent decline by the end of 2020.

However, the Prime Minister acknowledged the private sector, a key partner in the government’s redirection policy.

The government in total spent around 912 Million in COVID 19 preparedness and response plans for the 2020- 2021 period. This include SIG support of 207 million and donor support of 407 million dollars.

Under its response strategy, the Government and key bilateral and multilateral partners brought forward major projects including;

These and other national projects add to the rippling effect to the wider economy through maintaining employment and consumer demand to sustain the national economy.

Further tangible investments include PG2023 infrastructure, planned roll out of the communications tower, airport upgrades among others.

“The government have agreed to allocate $200 Million as recovery package post-riot 2021 and the amount is appropriated under the 2022 budget (125M) and 2023 budget (75M). On top of the grant support, the government is offering limited duty and tax exemption on imports of materials and goods that go towards business recovery. The other element of support for recovery is a concessional lending product through the DBSI,” explained the Prime Minister.

Prime Minister Sogavare emphasized, this is to support SICCI property owners and retail sector to rebuild and recover from the impact of the riot.

“The Ministry of Finance and Treasury is currently lining up funding arrangement to quickly roll out assistance in the coming days. More assistance will go to affected businesses in the next few weeks.”

The recovery package will assist business houses to rebuild properties that were burned down in the November riots and recover the retail sector economy.

PM Sogavare stated, his government is also progressing fiscal reforms. An important fiscal reform is the reviewing of the Solomon Islands Tax System. This was achieved through the enactment of the Tax Administration Act 2022 in September this year.

On top of that, Cabinet has approved the detailed drafting instructions for VAT Bill. He adds, income tax will also be reviewed.

PM Sogavare further announced, Cabinet has also decided on the direction to take on the National Land Reform program. This is a very important reform that will address both the customary and alienated land.

The government will continue to support SICCI by appropriating One-Hundred Thousand dollars in next year’s budget as was done this year,” the Prime Minister revealed.