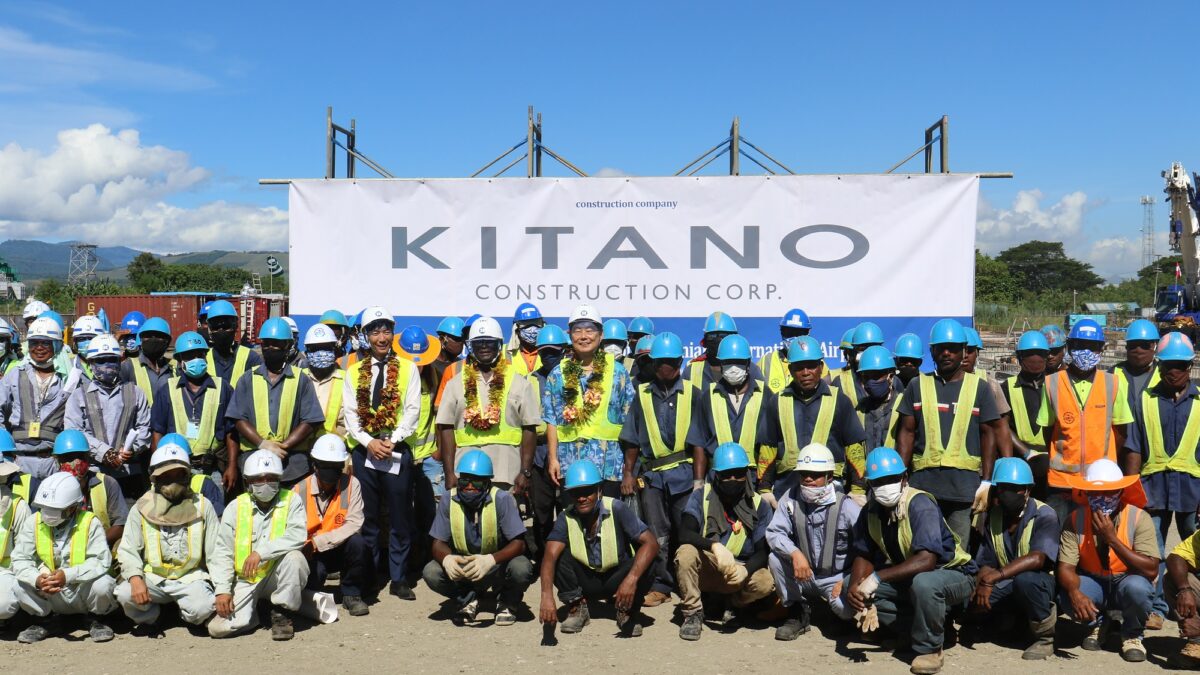 THE upgrade of the country’s main international airport will make Henderson Airport a key regional hub and one of the best in the region.

Prime Minister Manasseh Sogavare highlighted this when he delivered his speech this morning at the site visit to witness the progress of the Honiara Airport Improvement Project.

The Prime Minister said the completion of the project will enable Solomon Islands to accommodate more flights with greater efficiency and safety.

He said the project when completed will give Solomon Islands:

“These additions and improvements will expand the capacity and improve the safety and efficiency of operations at our main international gateway. They will also improve management of turnaround times for aircrafts doing international services,” the Prime Minister said.

Prime Minister Sogavare said the project is scheduled to be completed by 2023, just in time to cater for the anticipated increased demand of people arriving in July 2023, when Solomon Islands host the 2023 Pacific Games.

“The completion of this international terminal project will coincide with the completion of another major infrastructure project funded and built by the Government of Japan, the second phase of the Kukum highway project,” he said.

The Prime Minister said after the completion of the airport project in 2023, the Ministry of Communications and Aviation will take custody of a modern facility that will:

The Prime Minister said the project is expected to also provide employment for a total of 130 local workers who will be benefiting directly from this project.

“The DCGA Government will continue to focus on important major projects such as this to create more employment opportunities for our people,” he said.

Prime Minister Sogavare said the successful completion and commissioning of this project will also provide a new platform for businesses to trade efficiently with the global community. 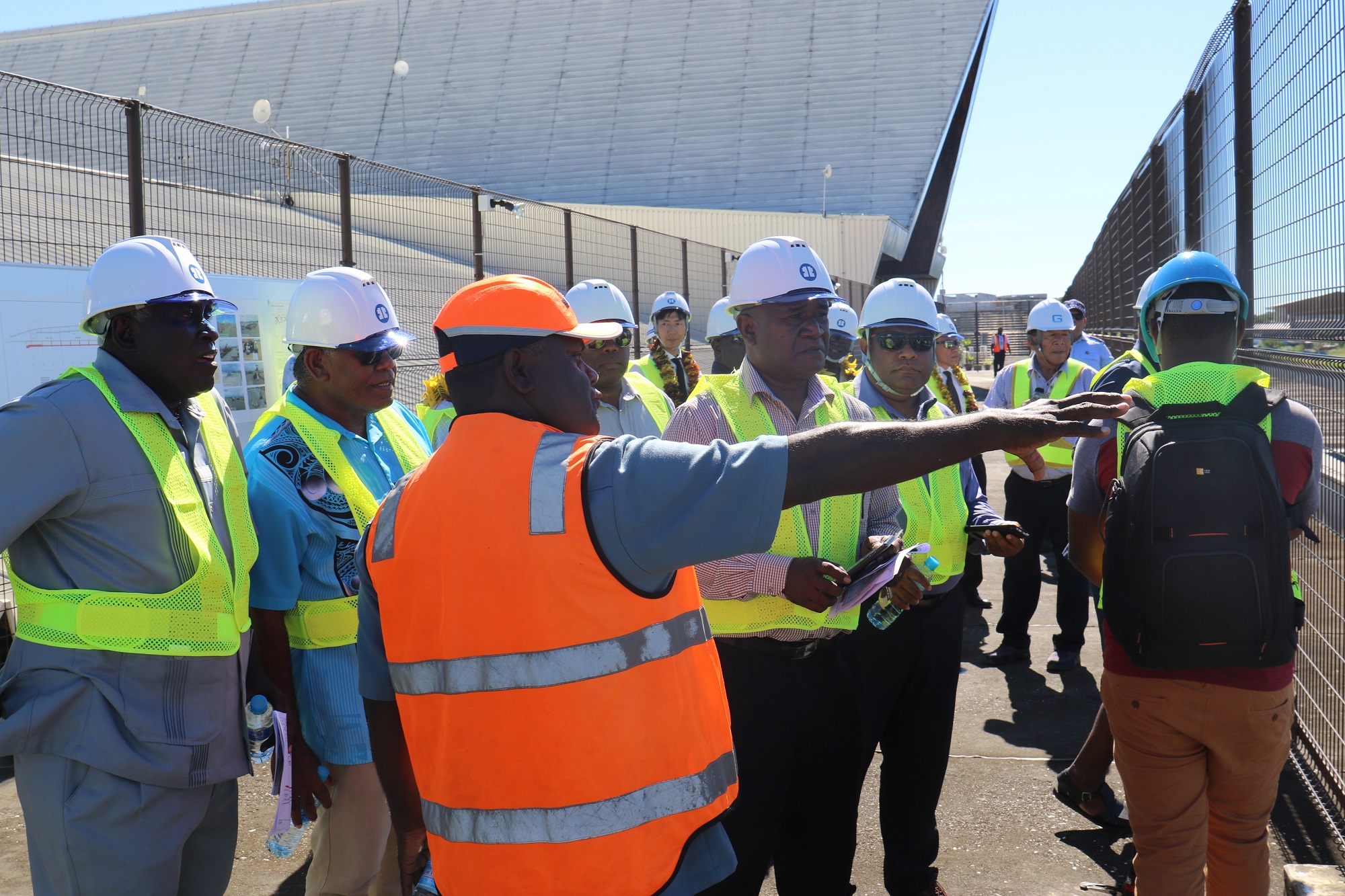 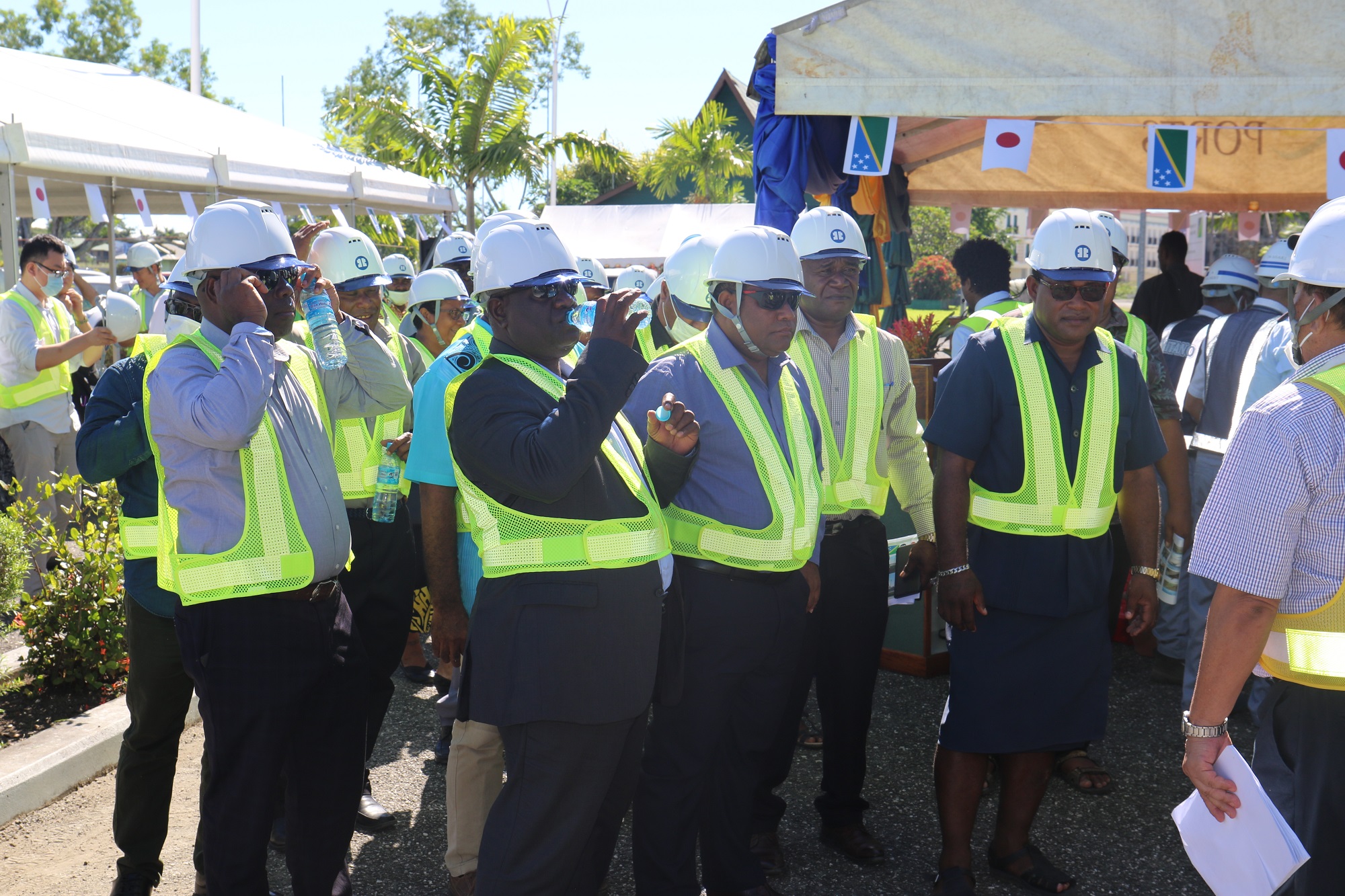 Ministers briefed prior to the site visite 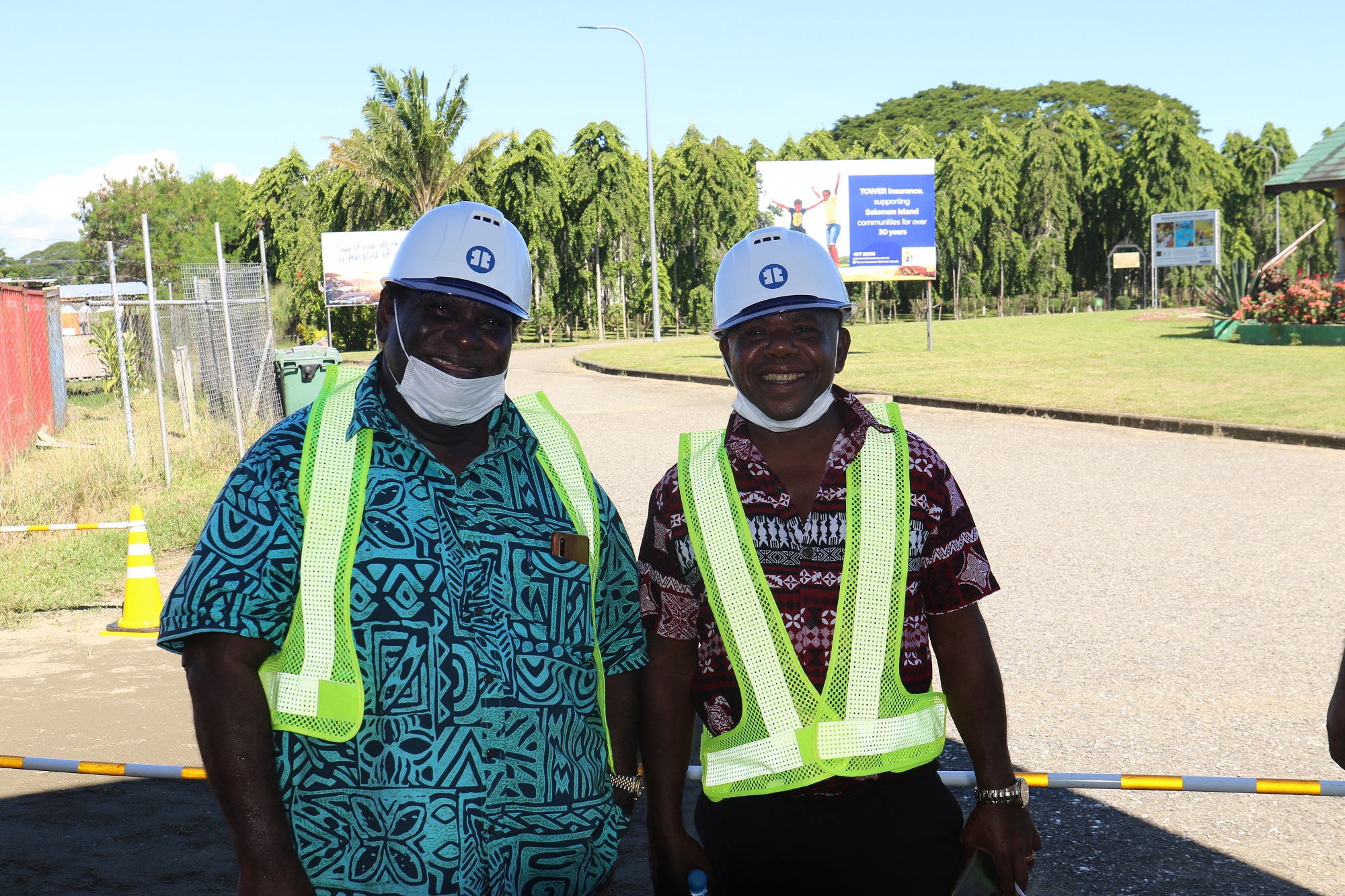 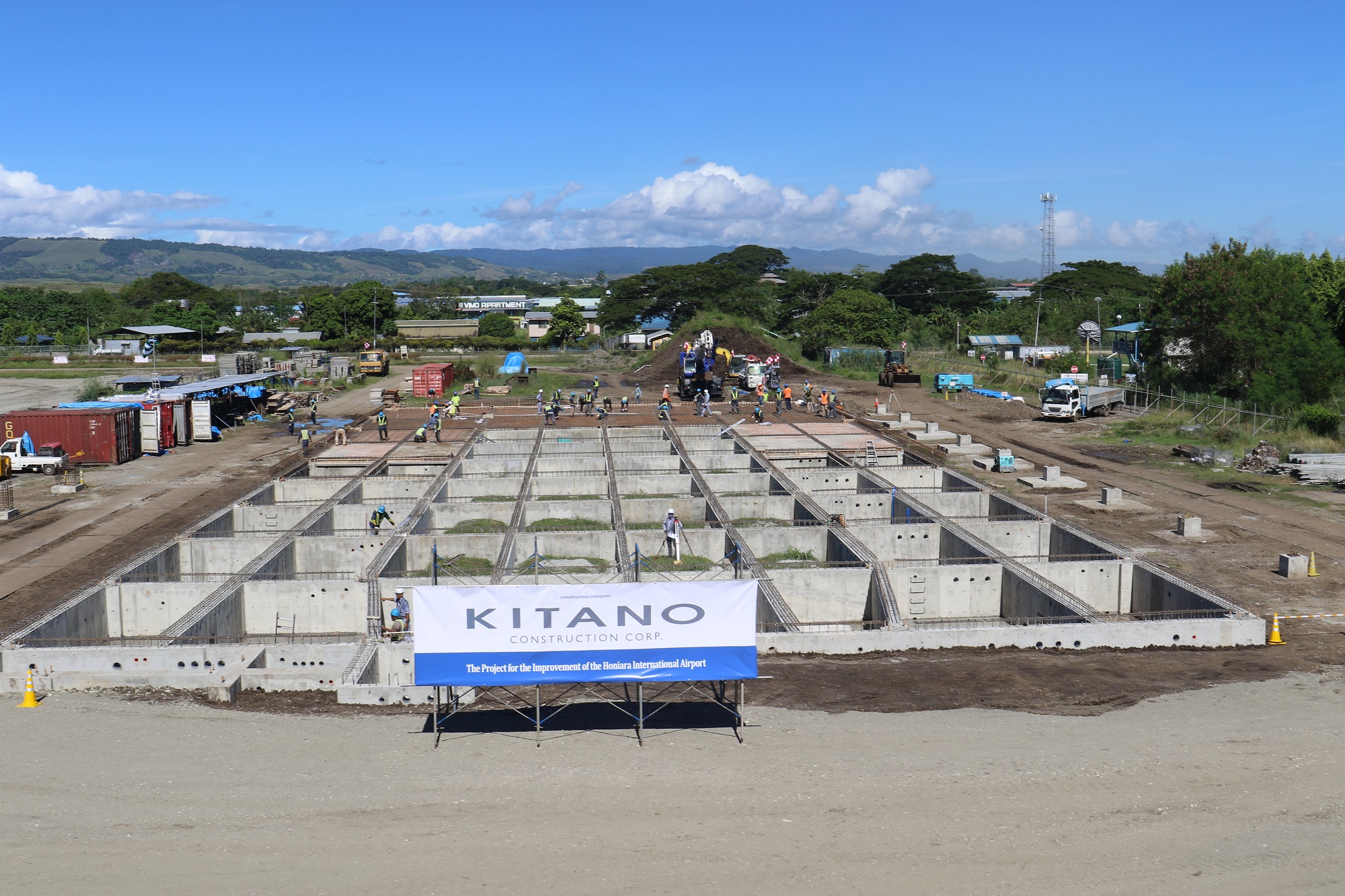 A view of the new arrival terminal 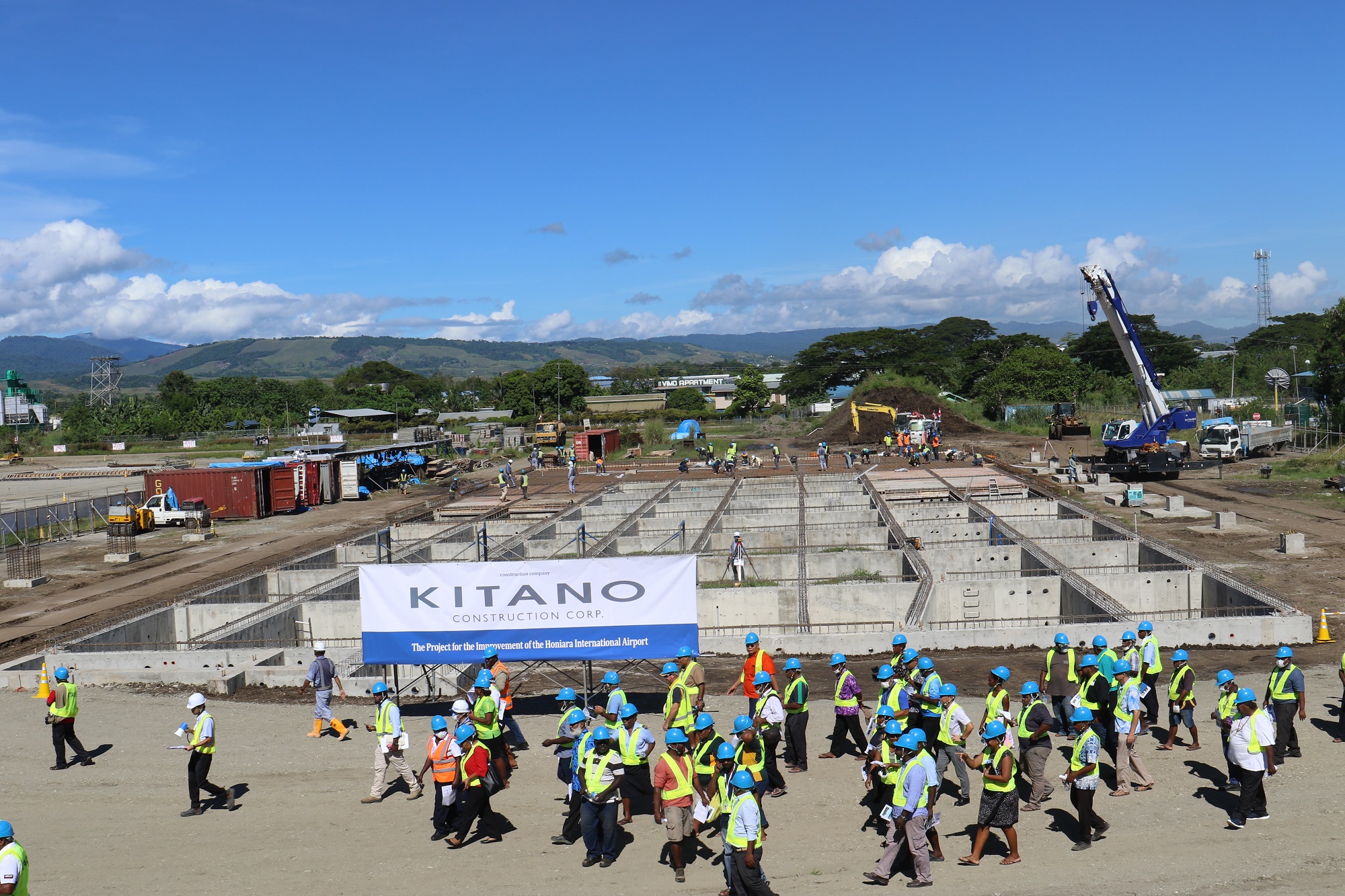 Ministers and Officials at the project site 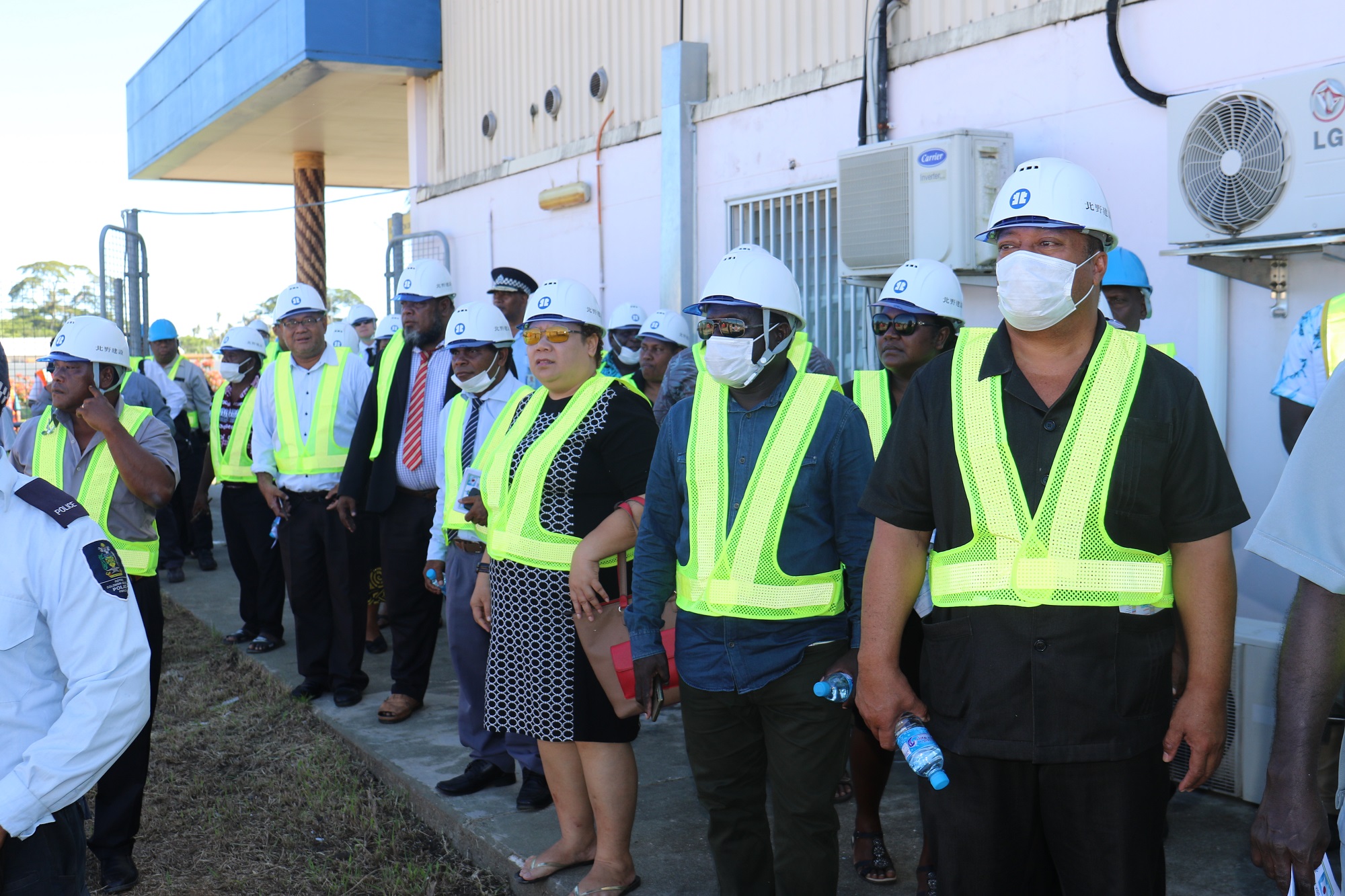 Ministers and Officials at the site visit