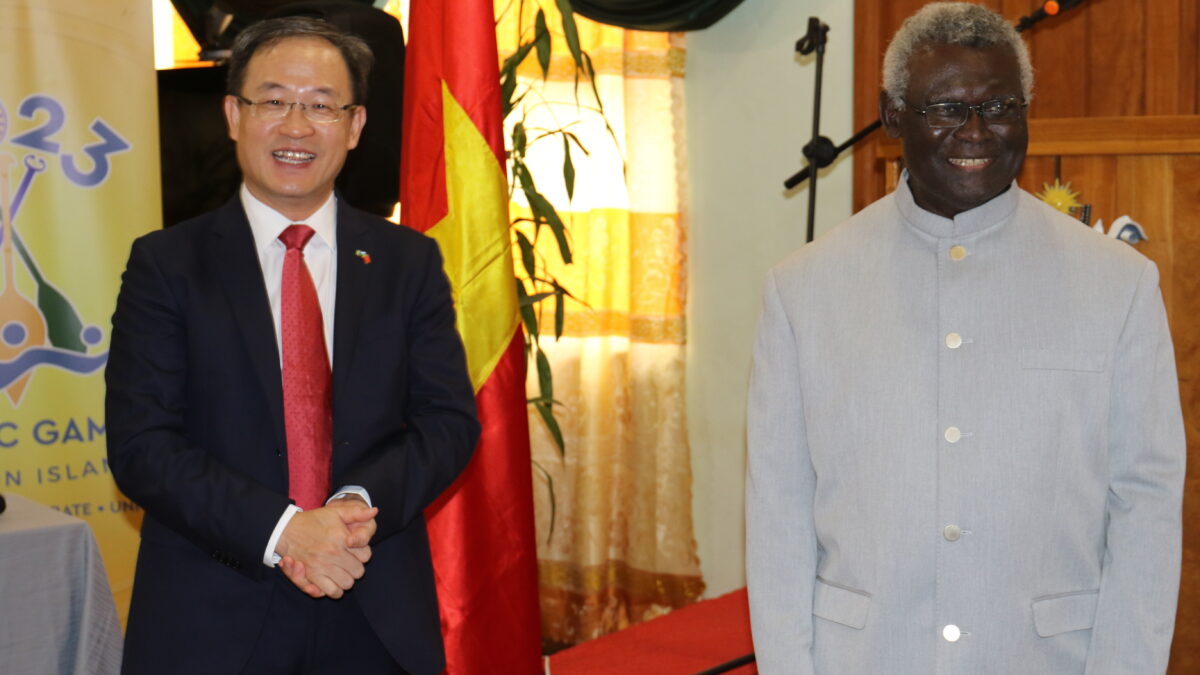 Speaking during the signing of the Implementation Agreement of the Solomon Islands National University Dormitory project on Friday last week, the Prime Minister said the project is a ‘Win-Win-Win-Win-Win’ project.

The Prime Minister said instead of investing in a low-cost accommodation just for the Games, the NHA consulted with SINU and the PRC Embassy and proposed a Dormitory complex that can be used as a Games Village during the Games.

“It will have a lasting legacy of gifting to SINU and the people of Solomon Islands a modern dormitory complex that belongs to SINU for its use,” he said.

The Prime Minister said the signing marks another milestone in our bilateral relations with the Peoples Republic of China.

The 2023 Pacific Games Stadiums project being constructed by CCECC is the single largest capital investment project by PRC in any Pacific country.

“I understand the Dormitory complex will cost approximately 172.4 million Solomon Island dollars [21.4 million US dollars]. Your Excellency, it is extremely difficult for my government to make such an investment to our own institution, so I thank you most sincerely for gifting to the national University of Solomon Islands the facility that we will shortly witness the signing of its implementation agreement,” the Prime Minister said.

Prime Minister Sogavare also thanked the leadership of SINU for recognising this important opportunity to enhance your facilities.

The Prime Minister also thanked PRC to agree to fund this project which will enhance the capacity of SINU, transforms its image, and provide ultra-modern facilities for our students to the level and quality of hotel accommodation.