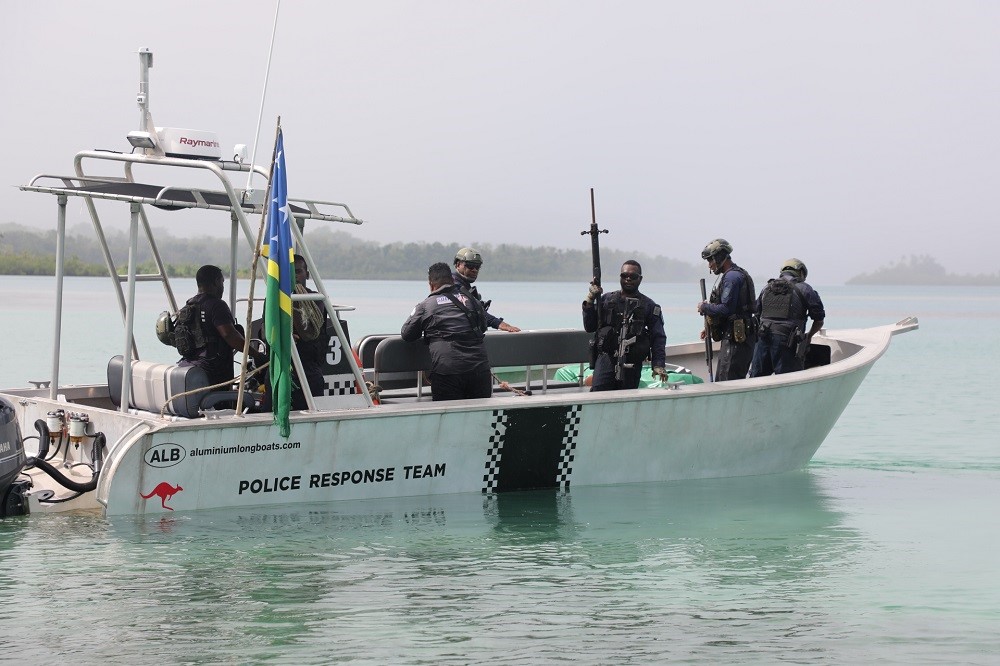 Solomon Islands Police on Patrol at the Western Border

The western border continues to be an area of priority for Health, the Police and other border force agencies. It represents a potential source of COVD-19 incursion into the country.

Sogavare echoed the reminder last week following the entry of four people from Bougainville on the PNG side into Solomon Islands on New Year’s Day.

A man from Shortlands travelled with four Bougainville nationals from Bougainville to shortland. The four Bougainvillians returned straight after dropping off the man. The man is now held at the quarantine facility in Nila along with 7 of his family members whom he had made close contact. They will undergo 14 days of quarantine and will be released if all their test results returned negative.

In a separate incident, 5 people who had been held at the Nila Isolation ward after making close contact with people from Bougainville were due to release over the weekend after serving 14 days of quarantine provided their final test results return negative.

Prime Minister Sogavare appealed to our people living along the western border to refrain from going across the border to Bougainville.

He further reminded them that the State of Public Emergency is current and border crossing to and from both sides of the maritime border is prohibited.

The Prime Minister thanked Chiefs and Community Leaders living along the western border for supporting border agencies currently looking after the border.