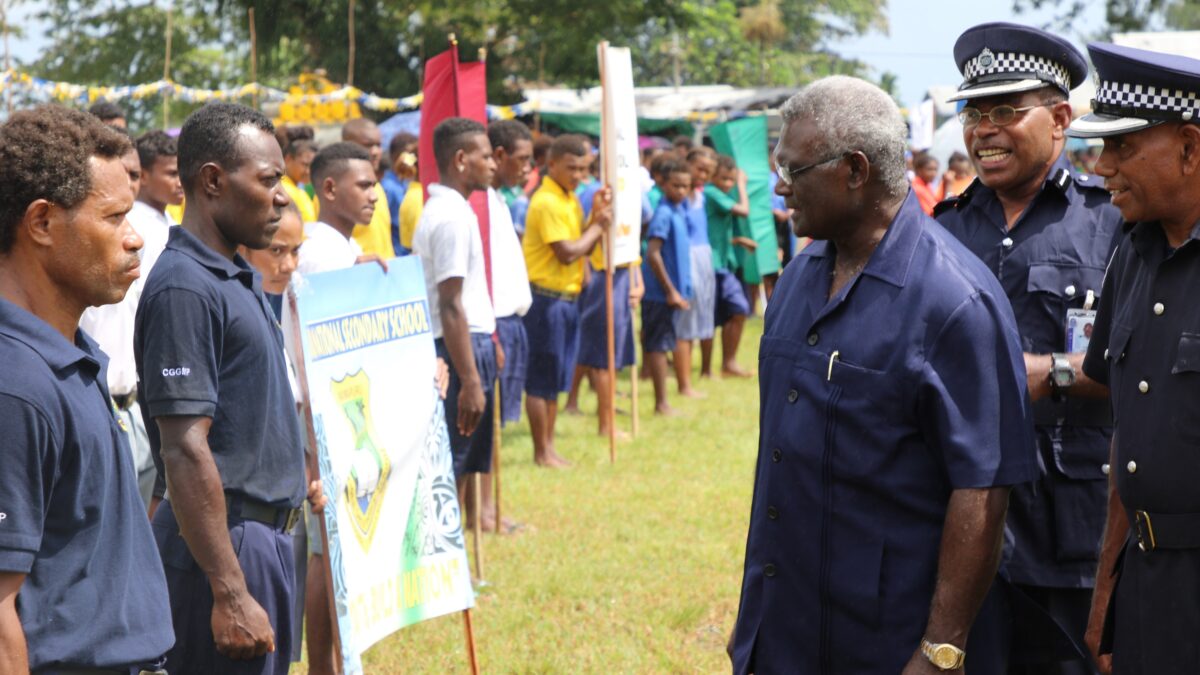 PM Sogavare inspects one of the uniform groups during the parade

PRIME Minister Manasseh Sogavare has acknowledged that it has not been an easy journey for all provincial governments over the years.

The Prime Minister said the challenge remains to be the lack of capacity to fully function as an effective agent of development in the rural areas. 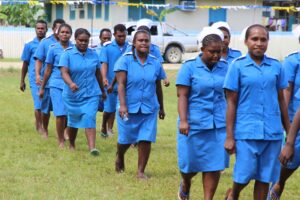 Nurses in Kirakira at the parade

He said this is reflective of the highly unintended centralize system, contrary to the ideals of the provincial government system, which requires as the central theme of its very existence, the devolving of functions and the capacitating of the provinces to function as an effective service delivery agent of the National Government.

“What transpired however is a systematic popularization of power and functions with the Central Government over the years. This is a reality we would like to forget,” he said.

He said it is supposed to function as the agent of the National Government for the delivery of public goods and services to our people in the rural areas.

However, Prime Minister Sogavare said what transpired after more than three decades will continue to challenge our search for the ideal structure.

“I am saying this because as a nation, we are still looking for the ideal system of government that would guarantee national unity, happy co-existence, fair allocation of national wealth, based on provincial contribution to the creation of the national wealth and one that would be acceptable to all our people,” he said.

The Prime Minister said the participation of our provinces vary greatly in this regard, but have generally been in the resource extraction sector, which is highly unsustainable.

“Accepting that this is where the strength of the country lies, the National Government is pursuing a series of reforms that will see the introduction of a new forestry bill and a new mines and minerals act to Parliament during our term in office,” he said.